The Men Who Walked on the Moon

July 1, 2014 Melissa
Marcus L. asks: How many people walked on the moon? Who were they? 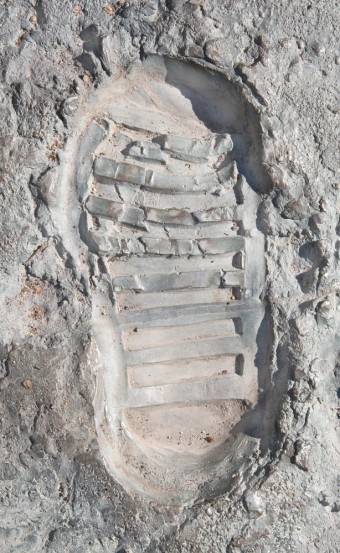 Forty-five years ago this month, a human being first set foot on the moon. Despite four and a half decades and amazing leaps in technology, to date only 11 other people have done this – and every one flew in an Apollo mission for the National Aeronautics Space Administration (NASA).

About six hours after the lunar module (the Eagle) of Apollo 11 landed on the Moon at the Sea of Tranquility, Armstrong spoke what is arguably one of the most famous quotes in the history of civilization, “That’s one small step for a man, one giant leap for mankind.” (Or something like that)

Armstrong lived a quiet life after he retired from NASA, teaching aerospace engineering at the University of Cincinnati, investigating spaceflight accidents and acting as a spokesman for various businesses. Armstrong died in 2012, and a tribute was held for him at Washington National Cathedral.

Together with Armstrong, Aldrin also walked on the moon during the Apollo 11 mission, although their entire moonwalk lasted only 2.5 hours. The mission left behind a plaque that included the message, “We came in peace for all mankind,” among other things.

Before he stepped out of the Eagle that day, Aldrin, an elder of the Webster Presbyterian church, requested a moment of silence from everyone listening to the broadcast, then preceded to silently conduct a communion ceremony where he ingested bread and wine.

While Armstrong got to be the first to set foot on the moon, Aldrin was the first to urinate while on the surface of the moon.

After Conrad retired from the Navy in 1973, he worked for private businesses including McDonnell Douglas from 1976 through the 1990s. Conrad died in 1999 and is buried at Arlington National Cemetery.

During the Apollo 12 mission, Bean spent 2 hours and 58 minutes walking on the moon’s surface. Bean was supposed to set up a television camera, but after he inadvertently exposed it to the sun, it wouldn’t work, but he was able to successfully gather a 16-inch core sample.

After retiring from the astronaut program, Bean continued with NASA as the civilian head of its Astronaut Candidate Operations and Training Group through 1981.

Although Antares made the most precise landing of all the lunar modules up to that time, due to problems with communications, its first scheduled moonwalk, on February 5th, began nearly one hour late. Nonetheless, Shepard spent 4 hours and 49 minutes on the moon that first day. Combined with his time on the satellite’s surface during his second moonwalk, Shepard set a “distance traveled record” on the moon’s surface of about 9,000 feet.

After Shepard retired from NASA in 1974, he served as a board member for many corporations and ran his own, the Seven Fourteen Enterprises, Inc. Shepard died in 1998 and his cremated remains were scattered over Stillwater Cove, near his home in Pebble Beach, California.

Edgar Mitchell left the lunar module for the first time early in the morning on February 6th. Together with Shepard, on that second Apollo 14 walk, they spent 4 hours and 35 minutes on the surface of the moon. The two collected 94 pounds of moon rocks and soil during the mission.

Since leaving NASA in 1972, Mitchell followed his interests in consciousness and paranormal experiences, including founding the Institute of Noetic Sciences (IONS). He has been an outspoken proponent of the theory that UFOs and alien beings have visited the Earth, but that various governments are suppressing the truth.

The first mission to use a lunar rover, Apollo 15 had astronauts on the moon’s surface for three days.

During their three separate periods of EVAs, together with Irwin, Scott spent 18 hours and 37 minutes out and about on the lunar surface, including 17.5 miles spent hot rodding in the lunar rover.

After Scott left the astronaut core, he became the center director of NASA’s Flight Research Center from 1975 through 1977. He later worked as a consultant for the movie Apollo 13 and the HBO mini-series, From the Earth to the Moon.

Together with Scott, during their 18-plus hours outside of the lunar module on the moon, Irwin helped collect more than 170 pounds of samples, including a core sample from 10 feet below the surface.

Irwin left NASA in 1972 and devoted himself to his faith, Christianity, through an organization he founded, the High Flight Foundation. He led several unsuccessful expeditions to Mount Ararat in Turkey to search for archaeological evidence of Noah’s Ark. Irwin died in 1991 and is buried at Arlington National Cemetery.

Together Duke and Young spent just over 71 hours on the lunar surface, and their three EVAs lasted 20 hours, 14 minutes. During the first trip, which lasted 7 hours, 11 minutes, the astronauts explored both Flag Crater and Spook Crater and collected samples. Apollo 16’s third EVA was cut short, but included a tour of North Ray Crater, House Rock and Shadow Rock.

Duke retired from NASA in 1975 and has become a committed Christian who is active in prison ministry.

On his first EVA, Young with Duke traveled for 2.5 miles in their lunar rover. During their second EVA, which lasted 7 hours and 23 minutes, they drove the lunar rover to Stone Mountain and near Cinco Craters, for a total of 6.9 miles, collecting samples.

John flew two Space Shuttle flights after the Apollo 16 mission and did not retire from NASA until 2004.

The three EVAs of Apollo 17 comprised a total of 22 hours and 4 minutes. Cernan was the first to leave the lunar module on the 12th, and this first EVA lasted for 7 hours, 12 minutes. The second EVA was just a bit longer than the first at 7 hours, 37 minutes, and the last was just about 7 hours, 15 minutes.

Cernan retired from the Navy and NASA in 1976 and became involved in private enterprises. He has also been a contributor for ABC News. He was the last person to walk on the moon.

Schmitt was the only geologist among the Apollo astronauts and one of the samples he collected, the Troctolite 76535, has been described as “without doubt the most interesting sample returned from the moon,” in no small part because it suggests the moon once had a magnetic field.

After he left NASA in 1975, Schmitt served one term as a U.S. Senator from New Mexico and has since worked in business and geology. Schmitt was the second-to-last person to walk on the surface of the moon.