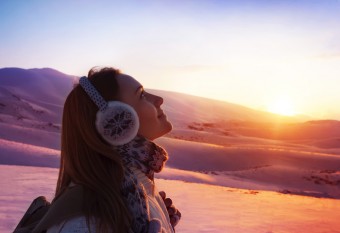 Have you ever been in a dark place, say a movie theatre or a room with all the blinds close, and walked outside into the daylight when, all of a sudden, you begin to sneeze uncontrollably? You had no runny nose or desire to sneeze prior to this exposure to sunlight, but you just can’t help that big achoo? If you answered yes, then you are part of the twenty to thirty five percent of the human population that are “victims” of this not highly understood phenomenon, known as the “photic sneeze reflex” or a “solar sneeze.” Why do certain people have solar sneezes? How does it work? Only in the past few years have scientists begun to understand this rather odd trait.

The great Greek philosopher Aristotle in 350 BC asked the question in his first volume of The Book of Problems, “Why does the heat of the sun provoke sneezing?” This was the first recorded evidence of the photic sneeze reflex. Aristotle theorized that the heat of the sun caused moisture, sweating inside of the nose and mouth. In order to get rid of this moisture, one had to sneeze. Not a bad hypothesize.

In the 17th century, the great scientist and developer of the scientific method, Francis Bacon, tackled the question of solar sneezes. He proved that Aristotle theory was incorrect by looking at the sun with his eyes closed, which did not elicit the normal sneeze. Instead, he determined looking into the sun made one’s eyes water, which got into the nose and caused the sneeze. Said Bacon, “The drawing down the moisture of the brain; for it will make the eyes run with water; and the drawing of the moisture to the eyes; doth draw it to the nostrils by motion of consent; and so followeth sneezing.”

Later, scientists determined this to be incorrect as well, simply because the sneeze happens too quickly after the exposure to light. Watery eyes take time to develop.

This phenomenon went unstudied for the most part over the next 350 years. Finally, in 1964 a study started to shed a little more light on what was going on by proving that solar sneezes were actually a genetic trait. The study also showed that the trait was autosomal-dominant – meaning only one gene has “to be present for the trait to be expressed.” If one parent has the reflex than there’s a fifty percent chance their children will have it too.

In 1978, Dr. Roberta Pagon and her colleagues went further. While attending a birth defect conference, the subject turned to a lighter note, the solar sneeze. After a quick survey, four out of the ten doctors in the discussion explained that they and their families were prone to solar sneezes. Not only that, the times one sneezed during an “episode” seemed to be consistent within families, but different among each family. Explained Dr. Pagon, “One person said it was common for people in his family to sneeze five times; in my family it was three times, and another person said once.”

So, with this new piece of information, the doctors, as they are prone to do, dug deeper. Together, they wrote a paper on it and called the solar sneeze something a bit more scientific, autosomal dominant compelling helio-ophthalmic outburst syndrome, or “ACHOO”.

So what’s going on in the body to cause this? A study in 2010 done by University of Zurich professor Nicholas Langer attempted to figure this out by examining the different brain reactions of those who solar sneeze and those who don’t. He hooked up twenty subjects, ten with the trait and ten who didn’t, to an Electroencephalography (EEG) machine and exposed them to a bright light to measure their brain and neural responses. Dr. Langer came up with pretty surprising results, “The ‘photic sneeze reflex’ is not a classical reflex that occurs only at a brainstem or spinal cord level. It seems to involve other cortical areas of the brain.”

Given what he was seeing from the EEG’s, he came up with two theories why solar sneezes happen. The first one is that the visual system in the brain are simply more sensitive in solar sneezers. Overstimulation of light triggers a panicked response from other parts of the brain, including somatosensory system which controls sneezing. His other theory is a tad more complicated and actually renders Aristotle’s and Bacon’s notions not too far off, at least in part.

In this one, a sneeze is triggered by the nose being irritated, though unlike what Aristotle and Bacon proposed, moisture has nothing to do with it. The trigeminal nerve, responsible for certain facial sensitivity and motor control, senses this irritation. So what’s causing the irritation? The trigeminal is near the optic nerve, which sends visual information from the retina to the brain. So, when a sudden burst of light fills the retina and the optic nerve sends a signal to the brain to restrict the pupil, the signal could, in theory, be sensed by the trigeminal nerve and be mistaken by the brain as the nose being irritated- thus, the individuals sneeze.

Whatever the case, next time you walk out from a dark place into the bright light and your autosomal dominant compelling helio-ophthalmic outburst (ACHOO) syndrome, acts up, you know who to blame. Your parents. Well, the sun too, but mostly one (or both) of your parents.