This Day in History: April 22nd 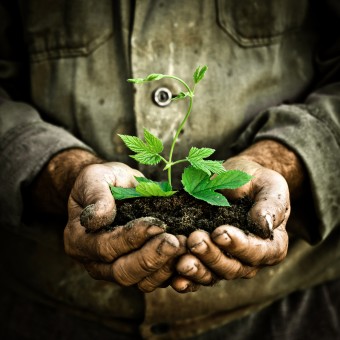 On April 22, 1970, 20 million Americans demonstrated in massive rallies from coast-to-coast against the destruction of the environment and for the need to raise awareness of environmental issues. Founded by activist and U.S. Senator Gaylord Nelson, Earth Day led to the establishment of the United States Environmental Protection Agency, the Endangered Species Act and the Clean Air, Clean Water Act.

Environmental causes were a fringe issue in American politics up to that time. Nelson believed an effective way to bring issues like pollution and oil spills to the forefront was by staging protests similar to anti-Vietnam war demonstrations he’d witnessed called teach-ins. Senator Nelson stated:

The objective was to get a nationwide demonstration of concern for the environment so large that it would shake the political establishment out of its lethargy, and, finally, force this issue permanently onto the national political agenda.

Environmental activist and Harvard student Denis Hayes was recruited by Nelson to organize the event. Pete McCloskey, a conservative Republican congressman, served as Nelson’s co-chair. Organizing Earth Day was that rarest of occurrences – a bipartisan effort where Democrats and Republicans worked peaceably together for the common good. (Yes, this was a long time ago.)  “It was a gamble,” Gaylord remembered, “but it worked.”

The first Earth Day was a resounding success, and is considered by many as the birthday of the environmental movement. Small groups that had been fighting against toxic waste, oil spills, pollution from factories, the destruction of wild places and other related issues met for the first time, and realized there were like-minded folk who shared their values.  As they banded together, their voices grew louder, and so did their political power.

As Senator Nelson remembered it:

The American people finally had a forum to express its concern about what was happening to the land, rivers, lakes, and air—and they did so with spectacular exuberance.

The Senator was recognized for his contribution to society – and the planet – as founder of Earth Day when he was awarded the Presidential Medal of Freedom in 1995 by President Bill Clinton, which is the highest honor that can be bestowed upon a civilian by the United States.