March 15, 2014 Daven Hiskey
This is a weekly wrap of our Daily Knowledge Newsletter. You can get that newsletter for free here. 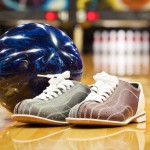 This is thought to have its origins in bowling tournament prizes. Late eighteenth and early nineteenth century prizes given out during these tournaments were often food items, such as a basket filled with various grocery items, a large ham, or the like. Particularly around Thanksgiving in the United States, turkeys became common prizes. At some point (no one knows the exact first instance), one tournament decided to give away a turkey to people who managed to bowl three strikes in a row. This practice spread… (more) 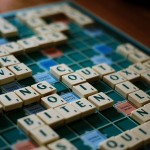 There isn’t a great deal of positive things that can be attributed to the Great Depression. However, Scrabble is a game that probably wouldn’t have existed without it.  It all began with an unemployed architect by the name of Alfred Mosher Butts of Poughkeepsie, New York. Thanks to his excessive free time while unemployed, he decided to invent a word game that was inspired by anagrams and crossword puzzles. (Incidentally, Leo Fender of Fender guitar fame was also out of work thanks to the Great Depression when he decided to start his own company, Fender Radio and Record Shop. He was previously an accountant.  Despite going on to be famous for his guitars… (more) 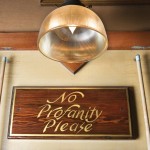 We have the word “tarnation” thanks to societal taboos against saying certain words- instead substituting in other words that often mean the exact same thing, but for some reason we find it acceptable to say the one rather than the other… Humans… 😉 In this case, the pertinent word is “damn,” or more precisely the derivative “damnation,”  which gave rise to the euphemism “darnation.” How did the leading ‘d’ get replaced with a ‘t’? In the 18th century in colonial America… (more) 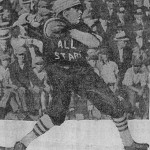 On August 14, 1922, a collection of baseball stars gathered at Fenway Park in Boston. An exhibition all-star game had been set-up to honor and raise money for the family of Tommy “Little Mac” McCarthy- Boston Red Sox great in the 1880s and 1890s. The game featured the Boston Red Sox, World Series champs only three seasons ago, versus a group of professional baseball players, some who actually played in the majors and others who made their living brainstorming. About half-way through the game, Lizzie Murphy, the proclaimed “Queen of Baseball,” subbed in to play first base. Met with jeers – and even louder cheers – her entrance into the game made history; Lizzie Murphy… (more) 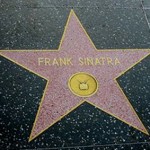 This 1940s singer might not be the man who comes to mind when you think about the action-packed Die Hard movies. At the start of his movie-making career, Sinatra was cast mostly in singing roles, though he did manage to break away from being a “singer employed as an actor” and made a name for himself as an actor alone, winning a few Academy Awards and Golden Globes for his performances. That said, many people these days can’t shake that image of young Sinatra crooning into a microphone—not exactly something you’d imagine the character of John McClane doing. So, how did Frank come… (more) 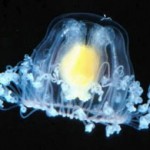 Most jellyfish have a lifespan of between a few hours to a few months, though a few varieties can live for several years.  The king of them all in terms of biological lifespan is the Turritopsis Nutricula which can potentially live forever.  They can grow old like every other living thing, but then have the unique ability to reverse this process and grow young again.  Of course, their bid for immortality is hindered by the fact that they only grow to a maximum of around 1/5 of an inch in diameter on their bell, so they… (more) 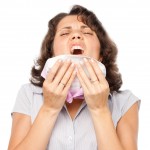 You are probably accustomed to hearing or saying “bless you” after someone sneezes. It’s simple sneeze etiquette, at least in English speaking countries. In Germany, it’s polite to say “gesundheit” after someone sneezes, which more or less means “health.” More specifically, it’s made up of the word gesund, which means healthy, and the suffix ­–heit, which means –hood. Literally, “healthy-hood.”  Foreign words run rampant in the English language, so it should come as no surprise that gesundheit has worked its way in alongside its German relatives Kindergarten, doppelganger… (more) 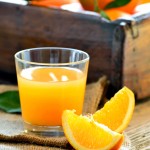 You may think it might be the common mint flavor of toothpaste clashing with other flavors, but in the case of orange juice and many other things, this isn’t actually what’s going on. The culprit here is thought to be two compounds almost universally added to toothpastes -sodium lauryl sulfate and sodium lauryl ether sulfate, which are anionic surfactants, meaning they lower the surface tension of water. Why is that desirable in toothpaste? Because it works as something of a detergent, and makes the toothpaste foam to help it spread around inside your mouth easier. Besides any cleaning effect, this has the by-product of making you feel like the toothpaste… (more) 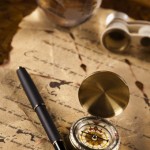 In 1492, Columbus sailed the ocean blue… with a whole lot of maps and information about the very round Earth. Contrary to popular belief, not only did Columbus realize the world was round, so did his contemporaries. In fact, it was so well accepted that daring seafarers had been exploring the Atlantic for hundreds of years before Columbus’ time. Without a doubt, men of the early Renaissance knew the world was round, and that the Nina, the Pinta and the Santa Maria were in no danger of sailing over the edge. The ancients were well aware the world was a sphere. Pythagoras (6th century B.C.) is generally credited with having first suggested a round Earth. Aristotle (4th century B.C.) agreed and supported the theory… (more)