March 8, 2014 Daven Hiskey
This is a weekly wrap of our Daily Knowledge Newsletter. You can get that newsletter for free here. 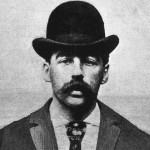 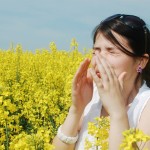 As with so many etymologies, it’s difficult to definitively say exactly where the word ‘sneeze’ comes from, but it is generally thought that it started with the Indo-European word ‘penu’ – to breath. Eventually, this evolved into the Old High German word ‘fnehan,’ also defined as to breathe. Combining that with the the Old Norse word ‘fnyse,’ which meant to snort, brings us to the 1000 CE (also known as the ‘High Middle Ages’) and what we call “Old English.” The resulting Old English word… (more) 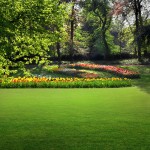 Maintaining the perfect lawn takes a lot of work. There’s mowing, fertilizing, aerating, and watering. Having a trimmed green field leading up to your front door is something of a status symbol, and in some cases having a messy front lawn can get you into trouble with your more obsessive neighbours.  Turns out, the grass lawn as a status symbol has its origins in European aristocracy. The very first lawns were grassy fields… (more) 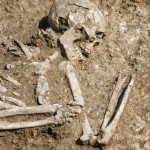 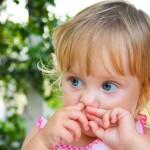 Does physically taking boogers out of your nose, putting them in your mouth and swallowing boost your immune system?  The short answer is probably not.  You ingest your snot all the time without needing to channel it through your mouth. So if there is a benefit here, you get it without needing to munch your nose nuggets.  That said, there are a couple medical professionals willing to comment on the benefits of mining for green candy, particularly touting benefits to one’s immune system. One of the more credible… (more)

While many theories on what exactly causes ice cream headaches or “brain freezes” have existed for some time, it has only been very recently that it was discovered exactly what is going on here.  It turns out, ice cream headaches are a result of a rapid change in the size of blood vessels as a response to an extreme shift in temperature in the roof of the mouth, particularly the back of the roof of the mouth. Specifically, what is happening… (more) 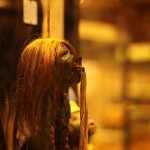 For those who don’t know what I’m talking about, a shrunken head is a decapitated human head that is shrunk through a cooking process by members of the Jivaroan tribes of the northwestern region of the Amazon rain forest in Ecuador and Peru. Why do this? Tribal members believed in the existence of a vengeful spirit, called muisak, that inhabits the human body. To block a muisak from using its powers… (more) 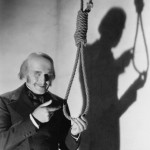 Joseph Samuels (some sources list his surname as “Samuel”) was an English criminal, born in 1780. After being arrested for robbery at the age of 15,  Samuels was eventually convicted and shipped to Australia in 1801. At the time, Australia had a penal colony at Sydney Cove. Security in these early penal settlements was reinforced by the isolation of the colonies- guards trusted the Australian wilderness to kill off any prisoner who managed to escape, which isn’t too farfetched.  I mean, have you been to Australia?  Seemingly every creature there seems designed to kill you. 😉  Despite the risk the wilderness posed, Samuels succeeded in escaping, with a gang no less. His gang of thieve… (more) 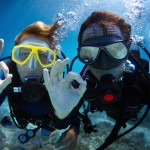 If you’ve ever washed away your day with hours in a hot-tub, you might have asked yourself, “Why do my hands look like I’m 90 years old when they’re in the water?” The full explanation of how and why our fingers wrinkle in wet environments is still the subject of some debate.  What we know is that the physiological mechanisms causing this phenomenon are the result of our veins constricting (vasoconstriction) in your hands and feet.  One might notice this occurs even in warm water, when we otherwise would assume blood vessels should dilate instead of constrict.  This… (more)