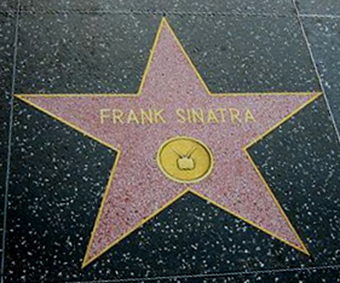 Today I found out that Frank Sinatra was originally offered the main role in the movie that would become Die Hard.

This 1940s singer might not be the man who comes to mind when you think about the action-packed Die Hard movies. At the start of his movie-making career, Sinatra was cast mostly in singing roles, though he did manage to break away from being a “singer employed as an actor” and made a name for himself as an actor alone, winning a few Academy Awards and Golden Globes for his performances. That said, many people these days can’t shake that image of young Sinatra crooning into a microphone—not exactly something you’d imagine the character of John McClane doing.

So, how did Frank come to be considered for the role? It all started with an author named Roderick Thorp. You might not know it, but the Die Hard movie was based on a book called Nothing Lasts Forever by Thorp, which was published in 1979. The LA Times reviewed the book, saying it was “A ferocious, bloody, raging book so single-mindedly brilliant in concept and execution that it should be read at a single sitting.” This book is really what made Thorp a big name, but he was on the publishing scene much earlier.

It turns out that Nothing Lasts Forever is actually a sequel to a book called The Detective, published in 1966 which was made into a movie of the same name in 1968. The movie starred—you guessed it—Frank Sinatra as the main character, Detective Joe Leland. The book was extremely popular, remaining on bestseller lists for a while and making a name for Thorp; the movie also did well in the box office. It was described as “gritty” for its time, dealing with issues like homosexuality, but it was decidedly less action-packed than the Die Hard movies we know today.

Die Hard itself wasn’t picked up by producers until 1988, nearly 10 years after the book it was based on was published. Because the movie was technically a sequel, they were contractually obligated to offer Frank Sinatra the leading role. He was 73 years old at the time and gracefully turned the offer down.

After Sinatra turned the offer down, the role was offered to Arnold Schwarzenegger, and the movie was pitched as a sequel to the actor’s 1985 film Commando rather than a sequel to The Detective. Schwarzenegger also turned down the offer, and instead Bruce Willis was cast in the leading role, with the character renamed John McClane instead of Joe Leland.

Willis was not exactly the kind of person the studio was hoping to cast in the role. At the time, he was mostly only known for comedies, not action movies. But they had been turned down by a variety of other actors since offering the role to Sinatra and Schwarzenegger, and they had to settle.

The movie, of course, did extremely well, with a budget of just $28 million, the film grossed about $140 million by the time it was out of theatres (about $268 million today), earned four Academy Award nominations, and was generally well-received by critics.

The franchise of Die Hard is still going strong, though its original writer and main character have since passed away. Sinatra died in 1998 at the age of 82, while Thorp passed away in 1999 at the age of 62. Willis, meanwhile, had his career made by the Die Hard movies and despite now getting up there in years himself (about to turn 59 ) remains involved in the series as well as other action movies.