Why the Standard Retirement Age Is Set Where It’s At 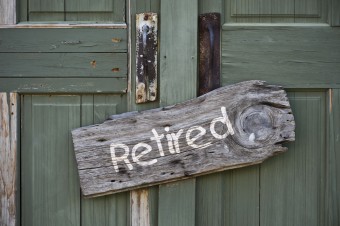 The idea of “retirement” from working is a relatively recent one in the Western world. In fact, even at the end of the 19th century, over three-quarters of men over age 65 remained active in the workforce. So what happened?

The greatest contributor to the idea of retirement in the United States was pensions.

During the Civil War (1861-1865), over 1.5 million men served in the Union Army, and a large percentage of them either died or were wounded. As a result, a much larger percentage of Americans were receiving military pensions, either as disabled or long-serving veterans, or through widow’s benefits.

The American Express Company offered the first private pension in the U.S. in 1875, and shortly thereafter, companies like the railroads offered pensions for workers who gave them long service (30 years) and reached an advanced age (70 years).

In 1889, under the leadership of German Chancellor Otto von Bismarck, Germany began administering the world’s first “old-age social insurance program . . . [for] those who are disabled form work by age and invalidity . . . .”

The Pension Act of 1890 granted retirement benefits to nearly all honorably discharged veterans over age 65, and by 1900, “about 20 percent of all white men age 55 and over received a Union Army pension.”

Over one million men served for the Confederacy in the War of Rebellion, and as a result, each of the “formerly Confederate states also provided pensions to its Confederate veterans.”

By the 20th century in America, dozens of states, local governments and labor unions were paying pensions. And in fact, in 1926, Congress passed a law granting a tax advantage for funding pension trusts.

By 1930, 20% of all industrial workers were covered by a pension plan.

In 1935, Social Security was enacted:

To provide for the general welfare by establishing a system of Federal old-age benefits, and by enabling the several States to make more adequate provision for aged persons . . . .

Effective, by 1950, 22% of people over age 65 received some form of state or federal old age benefit.

Although it originally set the retirement age at 70, by 1916, Germany lowered its standard retirement to age 65.

In the U.S., before Social Security was enacted, a Committee on Economic Security was convened to iron out the details – including the retirement age. According to the administration:

The architects of Social Security arbitrarily selected 65 as the age of benefit entitlement. There was no scientific, social or gerontological basis for the selection . . . it was the general consensus that 65 was the most acceptable age. Members of the Committee . . . thought 60 was too low and 70 too high . . . . What private pensions were in force generally used that age, as did the Railroad Retirement System.

So that’s it. A group of guys (and one lady) simply pulled a number from out of their . . . hats.

However, many, particularly fiscal conservatives, are concerned that our aging yet healthy population will put too much strain on Social Security, and they are advocating for increasing the retirement age even more.

According to David John of the Heritage Foundation:

It is time to increase the age at which American workers can receive Social Security benefits – both the full benefits age and the early eligibility age. . . . [These] ages should be increased simply to reflect the longevity increases that have already taken place . . . [and] even if the growth in future longevity increases, slows or even stops, advances since the last change in the program’s retirement ages justify raising the NRA to 68 by 2023, and the EEA to 65 by 2032. After those eligibility ages are reached, both the NRA and the EEA should be indexed to automatically rise along with longevity.