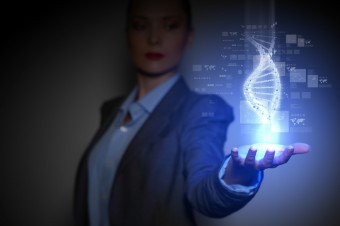 The name deriving from the Greek “eugenes,” meaning “well-born,” it should be no surprise that “eugenics” seeks to engineer a better human race by purposefully selecting good traits, and eliminating bad ones, as is common when breeding animals. Over the years, eugenics has had a number of proponents, from some of the greatest and most admires thinkers in western civilization to the worst human monsters to ever walk the earth.

Eugenics is as old as Plato (although he didn’t call it that) and in The Republic, Plato (428-347 BC) argued that the state should control the reproduction of its ruling classes:

The good must be paired with the good, and the bad with the bad, and the offspring of the one must be reared and of the other destroyed; in this way the flock will be preserved in prime condition.

Although his views tempered with age, even at the end he thought ruling class marriages should be conducted “under the supervision of a board of matrons, appointed by the magistrates.”

This thinking was in line with, although more humane than, the common practice of infanticide in Sparta, which was used to keep that population in fighting shape.

Eugenics in the 19th and 20th Centuries

Ideas of selection and “survival of the fittest” became very popular in the mid- to late- 1800s thanks to the work of Charles Darwin in his On the Origin of the Species (1859).

Building on that, his cousin, Francis Galton, a famous scientist in his own right (he created the first weather map), reignited interest in purposefully selecting human traits and coined the term eugenics.

With only the best of intentions (and turning a blind eye to unintended consequences), Galton explained his philosophy and goal:

Raise the average quality of our nation to that of its better moiety at the present day . . . . The general tone of domestic, social, and political life would be higher. The race as a whole would be less foolish, less frivolous, less excitable, and politically more provident…

Over the next 80 years, interest in eugenics grew throughout the United States and Europe. Perhaps its most infamous incarnation happened in Germany in the 1930s and 1940s. But it wasn’t just the Nazis who were in support of it, Winston Churchill and other prominent figures were also strong proponents.

Beginning in earnest in 1933, the Law for the Prevention of Genetically Diseased Offspring was enacted. As a result, approximately 400,000 forced sterilizations were conducted on those who were either feebleminded, schizophrenic, manic-depressive, epileptic, deaf, blind, had Huntington’s or a severe deformity – or were an alcoholic.

By 1935, the Nuremberg and Marital Health Laws extended the eugenics program to include Jewish people and prohibited their marriages (and sex) with non-Jews. For safe measure, medical examinations, to ensue there would be no “racial pollution,” were required prior to marriage.

Apparently those measures were insufficient because beginning in 1939, “certain doctors [had been] commissioned to grant ‘mercy death’ to patients judged incurably sick by medical examination.” By 1941, more than 70,000 mental patients had been euthanized, and the lessons learned in this project were applied later to exterminations in the concentration camps.

Although it is tempting to paint the Nazi’s as uniquely cruel psychopaths, it is important to remember that: “American, British and German eugenicists openly discussed using ‘lethal chambers’ to kill ‘defectives’ in the decades prior to 1942.”

Nonetheless, wartime Nazi Germany took eugenics to an extreme. In addition to the mass killings we’re all familiar with, German citizens were also targeted:

Forced Sterilization in the U.S.

It is hard to overstate how popular eugenics had become in the United States by the early 20th century. Consider that by 1936, 31 of the 48 states had some type of eugenics or sterilization law.

Luckily, the legislation was not as extreme as a few eugenics advocates, such as neurologist Foster Kennedy, wanted. As he wrote in 1942: “I am in favor of euthanasia for those hopeless ones who should never have been born- Nature’s mistakes.”

In fact, Kennedy proposed that when a ‘defective child’ reached age five, if an appointed medical board determined that the:

Defective has no future or hope of one, then I believe it is a merciful and kindly thing to relieve that defective – often tortured and convulsed, grotesque and absurd, useless and foolish and entirely undesirable – the agony of living.

Another leading eugenics proponent, Henry Laughlin of the influential Cold Spring Harbor Laboratory, was slightly less callous. Rather than mercy killings, he was satisfied with simply stopping the reproduction of “inadequates,” and he created a Model Eugenical Sterilization Law to that end.

This model law provided for the sterilization of the “socially inadequate” which comprised a very wide range of “degenerates:”

A socially inadequate person is one who by his or her own effort, regardless of etiology or prognosis, fails chronically in comparison with normal persons, to maintain himself or herself as a useful member of the organized social life of the state…

The socially inadequate classes, regardless of etiology or prognosis, are… feeble-minded… insane (including the psychopathic) … criminalistics (including the delinquent and wayward) … epileptic … inebriate (including drug-habitués) … diseased (including the tuberculous, the syphilitic, the leprous, and others with chronic, infectious and legally segregable diseases) …blind … deaf … deformed (including the crippled) … and dependent (including orphans, ne’er-do-wells, the homeless, tramps and paupers).

In 1927, the U.S. Supreme Court in Buck v. Bell, found Virginia’s eugenics law, based on Laughlin’s model law, constitutional with regard to the forced sterilization of a “feeble minded white woman:”

The judgment finds . . . that Carrie Buck is the probable potential parent of socially inadequate offspring. . . that she may be sexually sterilized . . .  and that her welfare and that of society will be promoted by [it] . . . .It is better for all the world if, instead of waiting to execute degenerate offspring for crime or to let them starve for the imbecility, society can prevent those who are manifestly unfit from continuing their kind.

Altogether, more than 60,000 people were subjected to involuntary sterilization in the United States by the time the laws were abolished in the mid- 20th century. Similar laws could be found throughout the Western world and likewise began being abolished as a response to the extreme measures the Nazis had gone to in their eugenics programs.

As you can imagine, racists and xenophobes used eugenic principles to further their agendas. With names like the Race Betterment Foundation, activists encouraged Congress to pass the Immigration Act of 1924 that set limitations on the number of immigrants from “inferior” stock such as Southern Europe and Asia. The president who signed the act into law, Calvin Coolidge, had once said on the issue: “America should be kept American . . . . Biological laws show that Nordics deteriorate when mixed with other races.”

Recently, North Carolina established a $10 million compensation fund for victims of involuntary sterilization, and it appears Virginia is poised to do something similar. Nonetheless, eugenics has not disappeared, and in fact in recent years, it has become a central point of debate among geneticists, ethicists and activists.

Focusing on prenatal and pre-implantation diagnoses, a number of geneticists and others argue in favor of a “new eugenics“:

Because of advances in genetic screening, we are in a position to reduce the prevalence of … diseases caused by single gene mutations e.g. sickle-cell anemia, cystic fibrosis, PKU, Huntington’s disease … [and] Down syndrome.

Many of these proponents believe: “that people who carry a gene like GSS [a terrible and fatal neurodegenerative disease] have a moral duty to use preimplantation diagnosis – if they can afford it – to spare the next generation.”

On the other side of the debate, they argue that the genetic testing of embryos and fetuses leads toward discriminatory choices that over the long run will have a negative effect – “essentially saying someone [with the undesired condition] should never have been born.”

Those against modern eugenics also point to the potential slippery slope in genetic testing:

As more people adopt genetic screening, the choice to use it could become …harder to turn down … Once it becomes possible to engineer “superior” qualities in human beings, then a parent’s only moral choice would be to have genetically superior children.

Those who refused would consign their children to the underclass. Or as one of these “inferior” children put it in the movie Gattaca, “I’ll never understand what possessed my mother to put her faith in God’s hands, rather than her local geneticist.”