February 12, 2014 TheMedicineJournal.com
This is a guest post from our friends over at The Medicine Journal– the TodayIFoundOut of medical related sites. Also, don’t forget to check out their awesome videos on YouTube. 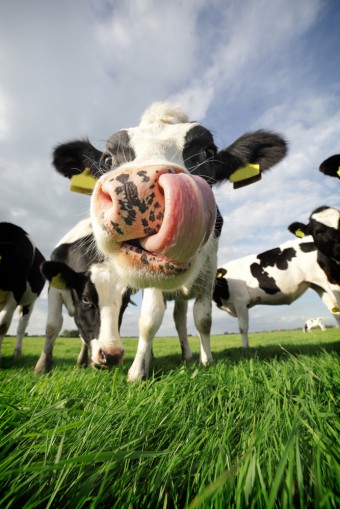 Ever wonder why certain foods seem to have a weird flavor that hangs around after you swallow them?

Aftertaste is generally classified as any taste that remains in your mouth after your food or drink has been swallowed or spit out. The exact mechanism that causes these sensations isn’t fully understood. In fact, understanding how our brains perceive specifics tastes is still a subject of debate.

The current leading theory of taste is that it’s the perceived combination of several different sensory systems that include smell, flavor and what has been referred to as somatosensation- basically meaning a combination of sensory input like temperature and texture.

Aftertaste is thought to be the left over flavor of whatever food or drink was consumed without the input of the other sensory systems; the result of the chemicals in food and drink continuing to interact with the specific taste receptor cells within our taste buds. To understand why this leading theory has no real competitors, let’s look at what flavor actually is and how our bodies combine it with other senses to create what we refer to as taste.

There are five basic flavors our taste buds perceive. They are: sweet, salt, sour, bitter and umami (the flavor that comes from glutamate like MSG {monosodium glutamate}). The idea that we have a taste-map on our tongues where specific zones are responsible for specific flavors is false. All taste buds have the potential for perceiving the differing flavors. 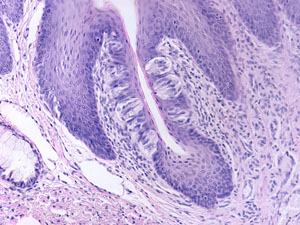 Taste buds are a grouping together of around 50-150 flavor cells, known as gustatory cells. These buds are dispersed throughout the tongue in three different types of structures called papillae. The three papillae types are; fungiform, foliate, and circumvallate.

Your gustatory cells contain within them hairs that have proteins on them. Those proteins react to the chemicals in our food and drink to bind them to the cell. These cells have neuron-like properties (namely depolarization) that can cause the release of neurotransmitters. It’s these neurotransmitters that are perceived by the brain as flavor.

The other half of flavor cells within a taste bud are specialized and react to only one flavor.

When you combine these flavors, and variance of intensity of flavor between tastebuds, with how the food or drink smells, feels, and its temperature, there are countless different tastes that can be perceived by our brains.

For example, the smell of a food affects its taste because our olfactory sensors can perceive thousands more odors than our taste buds can flavors- fruity, nutty, garlic, and burnt to name a few. The differing senses of odor, when combined with the flavor of food or drink, will affect overall taste. This is why when your nose is stuffed up, foods tend to taste very differently than when it’s not.

So, in the end, aftertaste is thought to be remaining chemicals from food or drink still affecting the gustatory cells on the tongue, back of the throat, epiglottis, and the upper part of your esophagus. This taste then is the sensation left over after the other factors of overall taste, like smell and texture, are no longer affecting the brain.