This Day in History: January Sixth 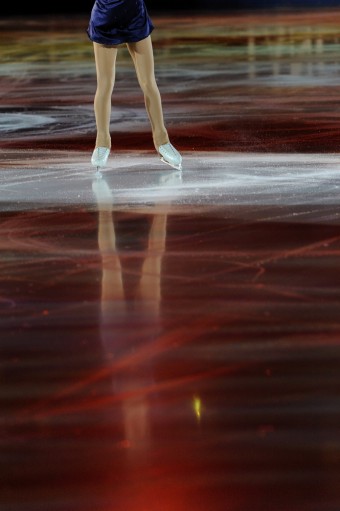 Projected by many to win the 1994 U.S. Figure Skating Championships, figure skater Nancy Kerrigan was attacked as she stepped off the ice following a practice session in Detroit on this day in history, 1994. (Yes, that happened 20 years ago!) Her assailant whacked her in the knee with a metal baton, causing the skater to clutch her injured knee in pain while asking those around her “Why me? Why now?”

TV cameras happened to catch the aftermath of the attack, and the rest of the country, being the classy bunch we are, assured Kerrigan’s reaction to her physical pain and devastation at watching her Olympic hopes fade was heavily spoofed for months to come.

Kerrigan’s quadriceps tendon and kneecap were seriously bruised, forcing the skater to the sidelines as her injuries healed. During this time, 1991 Champion Tonya Harding (who incidentally one of our writers once made out with at a signing event ;-)) rose to prominence, winning both the U.S. title and a spot on the U.S. Olympic team for the Winter Games taking place the following month in Lillehammer.

Then the real story about Kerrigan’s unknown assailant started to come to light, and none it was good news for Tonya Harding.

It so happened that the assault on Nancy Kerrigan was a premeditated plot hatched by Harding’s ex-husband Jeff Gillooly and her bodyguard Shawn Eckhardt. The actual perpetrators of the crime were Shane Stant who assaulted Kerrigan, and his uncle Derrick Smith, who drove the get-away car.

After a few weeks, Harding admitted she had known about the attack on Nancy Kerrigan but didn’t alert the authorities. The U.S. Olympic committee considered booting Harding off the team, but Harding’s lawyers threatening a $20 million lawsuit changed their minds.

Meanwhile, Kerrigan was recovering quickly from her injuries. When it came time for Kerrigan and Harding to compete in Lillehammer, the figure skating competition was attracting more attention than ever before. This was a cat fight on ice that no-one wanted to miss. The Princess vs. Trailer Trash. Rocky and Apollo Creed had nothing on these two.

After the short program heading into the finals, Kerrigan was in first place with Harding trailing beyond at a very distant 10th. In the free skate competition, however, Kerrigan lost the gold medal to Ukrainian world champion Oksana Baiul by the slimmest of margins. Harding finished eighth.

Jeff Gillooly took a plea bargain for testimony about his ex-wife’s involvement in the attack on Nancy Kerrigan. In March 1994, Harding plead guilty to conspiring to hinder prosecution, which kept her out of jail. She was later stripped of her 1994 championship title, and received a lifetime ban from amateur skating.

The real kicker of this tragedy is that before the competition, it wasn’t too much of a stretch to think that Harding could have beaten Kerrigan without stacking the deck. Harding was an exceptionally strong and athletic skater. She was the first woman to successfully complete a triple axel in a short program, perform two triple axels in a single competitive event and was the first to execute a triple axel combo with a double toe loop. Kerrigan had a rough go during several competitions in 1993. Harding in all probability didn’t need a bunch of thugs to improve her odds, and it certainly wasn’t worth losing her skating career over.