This Day in History: January 23rd 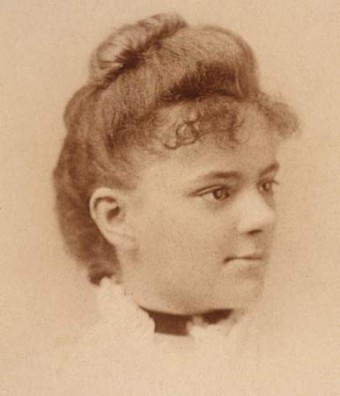 On this day in 1849, Elizabeth Blackwell became the first known woman in the United State to earn a medical degree, graduating first in her class from Geneva Medical College in upstate New York. (There may or may not have been women in the U.S. before her who achieved this as well, but disguised as men, similar to Margaret Ann Bulkley of the UK, who received her medical degree in the early 19th century, and continued with her disguise throughout her life so she’d be able to pursue a career as a doctor. In Bulkley’s case, it wasn’t discovered “he” was a she until after her death, even though it had originally been her plan to go back to presenting herself as a woman upon graduation.  Details at the preceding link.)

In any event, the fact that Blackwell was accepted to the Geneva Medical College in the first place was a complete fluke.

Blackwell had applied to 12 other medical schools and all had rejected her on the basis of her sex. When her application arrived at Geneva Medical College, the staff allowed the student body to vote whether or not Miss Blackwell should be allowed to attend the program, never dreaming the all-male college would agree to such a crazy thing.

The fellas were apparently feeling saucy that day, and reportedly as a practical joke they all voted “yes.” Elizabeth Blackwell became the first female medical student, amidst much grumbling from the male faculty and students, which really doesn’t make much sense since it was by their own actions that she joined their ranks, but maybe they hadn’t covered “cause and effect” in class yet.

Blackwell was ostracized at first in medical school. But eventually her intelligence and ability won over her fellow students and professors. After graduation, finding acceptance as a female physician proved to be nearly impossible, despite her great proficiency. Undaunted, Elizabeth (who was inspired to pursue a career in medicine when a dying friend commented that she may have been spared the worst of her pain if her doctor had been a woman,) opened a small clinic to treat poor women in 1851.

By 1857, Elizabeth and her sister Dr. Emily Blackwell (the third woman to receive an M.D.), along with Dr. Marie Zakrzewska, were able to open a hospital to provide both care for the indigent and positions for women physicians called the New York Infirmary for Women and Children. The flawless reputations of the founding physicians encouraged many prominent New Yorkers to join the hospital’s board of trustees.

Dr. Blackwell’s accomplishments were well known and much discussed by those in the burgeoning women’s rights movement, and she inspired untold numbers of women to aspire to that once unobtainable all-male career path of medicine.

In 1868, Elizabeth fulfilled a lifelong dream and opened her own medical school for women in New York City. The entrance exam was tougher than normal and the curriculum was rigorous. In general, Dr. Blackwell’s medical college gained the reputation of turning out doctors better educated and prepared for practice than most medical schools exclusively for men.

A year later, she left the college in her sister, Dr. Emily Blackwell’s, very capable hands and returned to her native England, where she had lived until the age of 89. Elizabeth began a flourishing London practice, and in 1875 joined the faculty at the London School of Medicine for Women as a professor of gynecology. Dr. Blackwell was also one of the founding members of the National Health Society and authored several books, including her autobiography.

Dr. Elizabeth Blackwell died in Hastings, England in 1910, a pioneer in education, medicine and women’s rights.