Why Athletic Shoes Are Called “Sneakers” 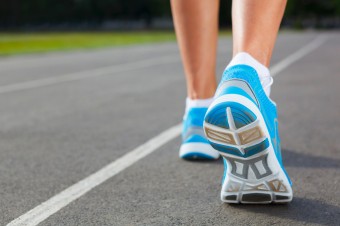 Today I found out how tennis shoes came to be called sneakers.

When it comes to athletic shoes, calling them something like “walkers” or “runners” seems more appropriate than calling them “sneakers.” These days most people don’t use their sneakers for sneaking, but back in the day they were associated with people who were up to no good and sneaking around.

First, a little background: the word “sneak” comes from the Old English word “snican.” At first, the word meant “to desire, reach for” and evolved into “to creep or crawl.” By the 1500s, “sneaking” came to mean “to move or walk in a stealthy or slinking manner, as if ashamed to be seen.” A person who took part in sneaking became known as a sneak by 1643, but sneaking was a lot more difficult back then—loud, clunky shoes had a habit of giving a sneak away.

This problem was solved when rubber soled shoes started becoming popular in the 1800s. The Industrial Revolution meant that shoes were finally able to be produced on a massive scale; people no longer had to rely on shoemakers to cobble together each shoe by hand. Along with faster production, new products were also introduced to the shoe industry—in this case, vulcanized rubber. The first rubber-soled shoes were developed in England and called “plimsolls.” Rubber soles made for a quiet shoe, a perfect tool for sneaks.

By 1862, rubber-soled shoes were known as “sneaks” after the people who used them to their advantage (not just people up to no good, but anyone who wanted to wander around quietly). This is evidenced in an article published that year:

The night-officer is generally accustomed to wear a species of India-rubber shoes or goloshes on her feet. These are termed ‘sneaks’ by the women [of Brixton Prison].

“Sneaker” appears to have caught on pretty quickly. In 1887, another note appeared in the Boston Journal of Education:

It is only the harassed schoolmaster who can fully appreciate the pertinency of the name boys give to tennis shoes — sneakers.

Two years later, in 1889 there is evidence of the department store Jordan Marsh advertising its “sneakers.” In 1895, the term appeared in Funk and Wagnall’s Standard Dictionary referring to the shoes rather than the people and the name as been more or less popular ever since.