The Origin of the Republican Party 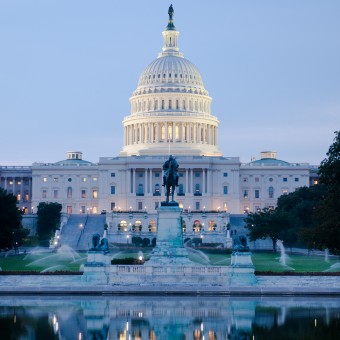 Birth of a Party

By the mid-19th century, the fabric of the United States was being torn apart by slavery. The famous 1820 agreement, the Missouri Compromise, which had prohibited the spread of slavery in much of the former Louisiana Territory, was repealed in 1854. Northern anti-slavery activists, including luminaries Salmon Chase, Charles Sumner and Horace Greeley, came together to form an anti-slavery party. Greeley, in a June 1854 New York Times editorial, christened the party:

We should not care much whether those thus united [against slavery] were designated “Whig,” “Free Democrat” or something else; though we think some simple name like Republican would more fitly designate those who had united to restore the Union to its true mission of champion and promulgator of Liberty rather than propagandist of slavery.”

A meeting was held on June 6, 1854 “Under the Oaks” near Jackson, Michigan in which 10,000 people attended. Shortly thereafter, the newly formed Republican party gained control of Michigan, and made significant inroads elsewhere. As such, by 1855, the Republicans controlled the U.S. House of Representatives. At its national convention on June 17, 1856, John C. Fremont was the first nominee to represent the party in the race for President of the United States; the famous slogan for his unsuccessful bid was: “Free Press, Free Soil, Free Men, Fremont and Victory.”

The Party of Lincoln

Abraham Lincoln won the election of 1860 and became the 16th President of the United States on March 4, 1861. On April 12, 1861, Confederate forces fired on Fort Sumter and the United States Civil War officially began.

On January 1, 1863, Lincoln issued the Emancipation Proclamation that stated: “that all persons held as slaves” in the Confederacy “are, and henceforward shall be free.” Lincoln died on April 14, 1865, but the Republican Party carried on the civil rights crusade. With Reconstruction, the 13th (outlawing slavery), 14th (guaranteeing civil rights) and 15th (right to vote) Amendments to the Constitution were passed, as well as the Civil Rights Act of 1866. These protected newly freed slaves and others alike to vote, own land, find work, use public accommodations and hold public office.

The Party of Roosevelt (the other Roosevelt)

Ascending to become the 26th President of the United States at the death of William McKinley on September 6, 1901, Theodore Roosevelt is remembered not only for his Rough Riders and tough talk (“Speak Softly and Carry a Big Stick“), but his commitment to the environment and his fellow man. Teddy broke the power of the trusts (powerful monopolies), won a Nobel Peace Prize for helping to end the Russo-Japanese War and created numerous national parks, forest reserves and national monuments. Crater Lake, Devil’s Tower and large areas of the Grand Canyon are only three noteworthy examples of the dozens of wild places he protected. During his tenure, U.S. forests reserves quadrupled from 43 million to 194 million acres. (Click here for more on the truly amazing life of Theodore Roosevelt, along with a boatload of fascinating Teddy Roosevelt facts.)

The Party of Eisenhower

The 34th President of the United States, Republican Dwight D. Eisenhower swept into office with a policy of “Modern Republicanism.” A war hero, he was the Supreme Commander of allied forces during the successful D-Day invasion on June 6, 1944. Taking office in 1953 during the Cold War, Eisenhower was committed to peace, and counted signing the armistice that ended the Korean Conflict among his accomplishments.

Also committed to civil rights, he ordered U.S. troops to support integration of the schools in Little Rock, and is quoted as saying: “there must be no second class citizens in this country.”

In his Farewell Presidential Address to the nation, Eisenhower warned us to be vigilant against the undue influence of the defense industry on government:

A vital element in keeping the peace is our military establishment. Our arms must be might, ready for instant action, so that no potential aggressor may be tempted to risk his own destruction . . . . But now we can no longer risk emergency improvisation of national defense; we have been compelled to create a permanent armaments industry of vast proportions . . . . This conjunction of an immense military establishment and a large arms industry is new in the American experience . . . . Yet we must not fail to comprehend its grave implications . . . . In the councils of government, we must guard against the acquisition of unwarranted influence, whether sought or unsought, by the military-industrial complex. The potential for the disastrous rise of misplaced power exists and will persist.

The Party of Nixon

Setting aside any high crimes and misdemeanors, the 37th President of the United States Richard M. Nixon had some significant accomplishments during his five years in office. He was the first American president to visit the People’s Republic of China in February 1972, and his talks with Soviet General Secretary Leonid Brezhnev led to the Strategic Arms Limitation Treaty (a nuclear limitation pact).

Domestically, Nixon established the Environmental Protection Agency (EPA) in 1970. Later, when he signed the Clean Air Act on December 31, 1970, he opined, “I think that 1970 will be known as the year of the beginning, in which we really began to move on the problems of clear air and clean water and open spaces for the future generations of America.”

Also of note, in 1971, Nixon, a Republican, imposed price controls and ended the gold standard for the dollar. In September of that year, he abolished the military draft.

But perhaps the most surprising thing about his presidency was his idea for a “Comprehensive Health Insurance Plan.” Proposed to Congress on February 6, 1974, Nixon advocated a universal health care system that is remarkably similar to the Affordable Care Act (Obamacare) of 2010.

The Party of Regan (yes, that Reagan)

Our 40th President of the United States Ronald Reagan was not afraid to tax and spend when the country needed it. In 1983, he agreed to a $165 billion bailout of an ailing Social Security program. He also created the Department of Veterans Affairs on March 15, 1989, a much-needed agency that added more than 60,000 people to the federal payroll. More shockingly, however, he is credited with raising taxes 11 times. As noted historian Douglas Brinkly told NPR: “Ronald Reagan was never afraid to raise taxes. . . . He knew that it was necessary at times.”