This Day in History: August 20 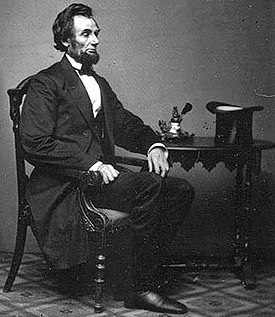 This Day In History, 1862: “The Prayer of Twenty Millions” by Horace Greeley was published.

An editorial by New York Tribune editor Horace Greeley called “The Prayer of the Twenty Millions” challenged President Abraham Lincoln to declare emancipation for all slaves in territories officially held by the Union. Greeley’s impassioned words mirrored the sentiments of many abolitionists in the north but he was preaching to the choir – Honest Abe had already made the decision to move towards emancipation.

In the editorial piece, Greeley made much of President Lincoln’s hesitancy in enforcing the Confiscation Acts of 1861 and 1862. With these acts Congress had approved the appropriation of Confederate property, which also included slaves, as a war tactic. Even so, many generals were reluctant to do so, and the President shared their distaste for such behavior.

An exasperated Greeley countered that it was impossible to destroy the Confederacy without also abolishing slavery.  As stated earlier, President Lincoln quietly agreed, and a month later he presented his preliminary Emancipation Proclamation to a divided nation. 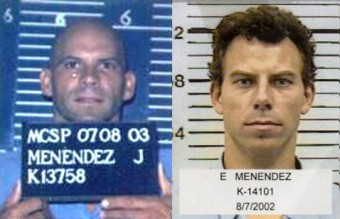 This Day In History, 1989: The Menendez Brothers Kill Their Parents

Jose and Kitty Menendez were tired on the warm evening of August 20, 1989 after a long day of shark fishing the day before, so they decided to curl up on the couch of their $3.5 million Beverly Hills home to watch the James Bond film “The Spy Who Loved Me.” Their two boys, Lyle, 21, and Erik, 18, were out for the evening, and it didn’t take long for the couple to doze off.

As he slept, Jose was shot at point-blank range in the back of the head with a Mossberg 12-gauge shotgun. Kitty was awoken by the sound of the shots and tried to escape down the hallway, but was immobilized by a gunshot to her leg. She was shot repeatedly in the arms, chest and face to the point that her features were unrecognizable. Both victims also received gunshot wounds to the knees seemingly to make it appear that the crimes were somehow mob related.

Their parents both dead, the brothers sped away, ditching the murder weapons on Mulholland Drive and purchasing movie tickets to serve as their alibi -chillingly enough, for the movie “License to Kill.” They returned to the house at 11:47 pm, which was when Lyle dialed 911 and hysterically cried into the phone, “Somebody killed my parents!”

The police considered both of the brothers suspects from the start, and the fact that the “orphans” spent a $1 million of their deceased parents’ money in the first six months on expensive cars and trips overseas also raised eyebrows. Erik eventually confessed his guilt to his psychologist, who went to the police only after being threatened by Lyle, which granted an exception to doctor/patient confidentiality agreement.

The Menendez brothers went on trial for the murder of their parents in 1993, and the case became a national sensation thanks to its coverage on Court TV. Lyle and Erik’s defense was extreme parental abuse, but after two trials they were both found guilty of two counts of first degree murder and conspiracy to commit murder. They were both sentenced to life in prison without the possibility of parole.