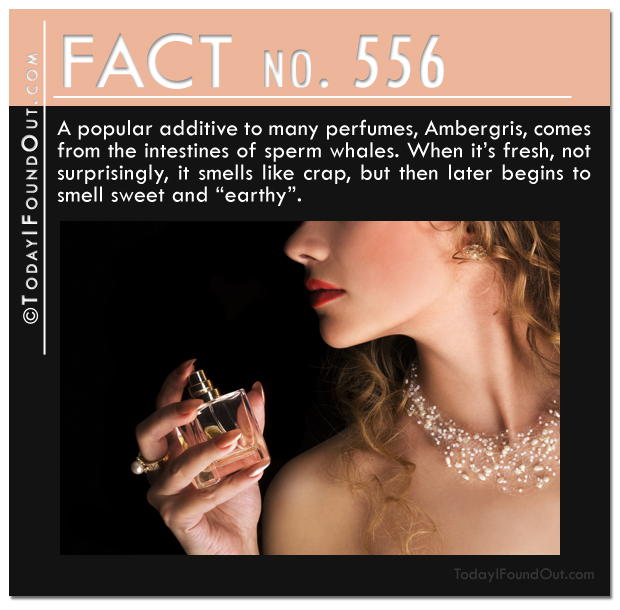 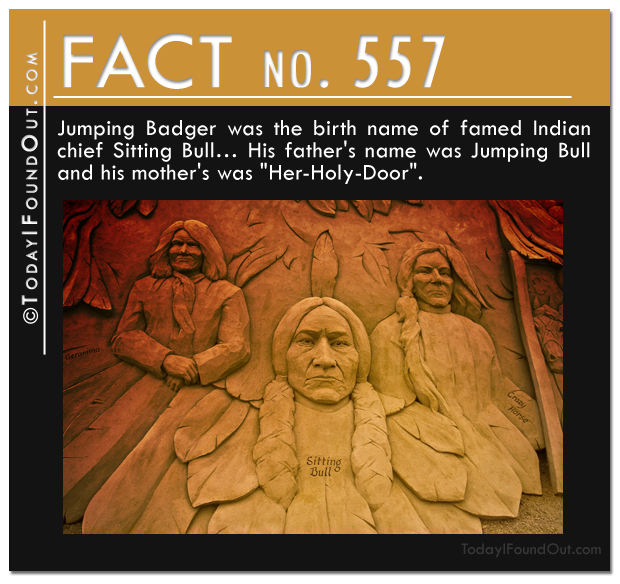 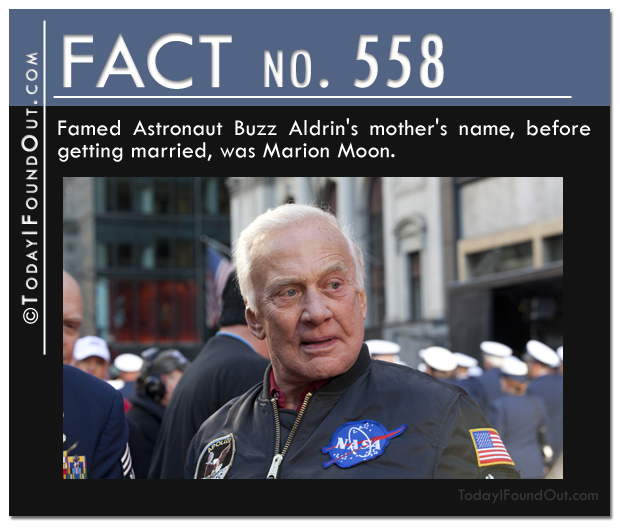 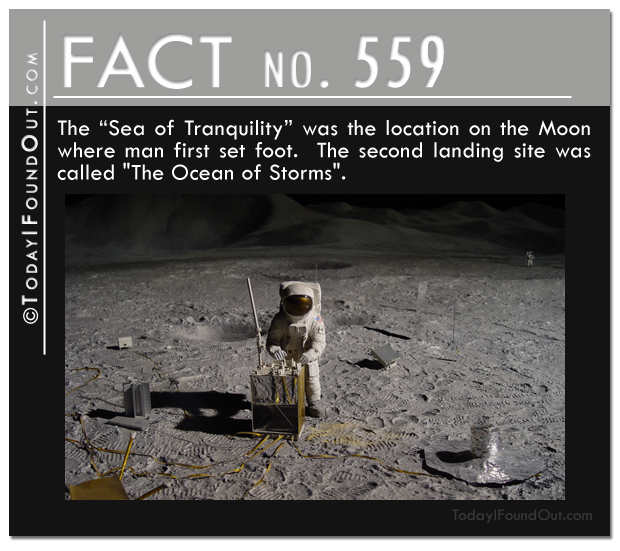 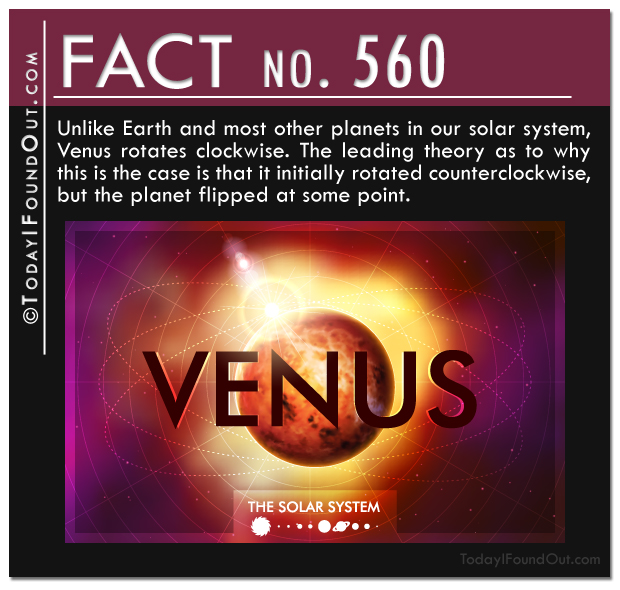 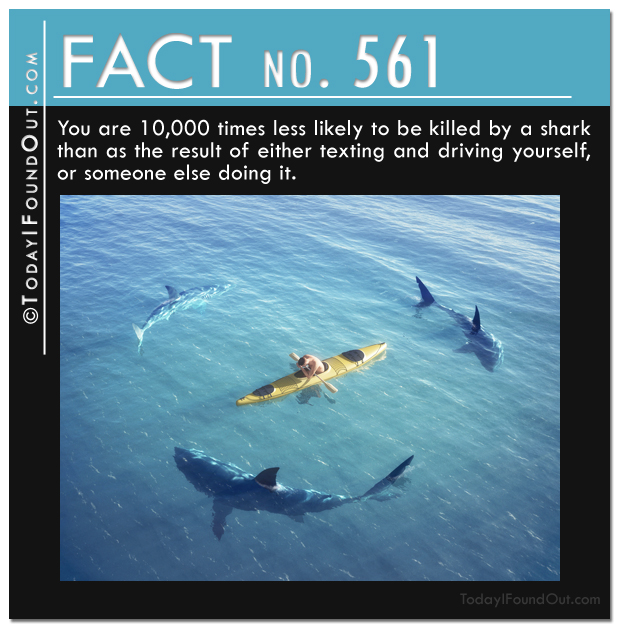 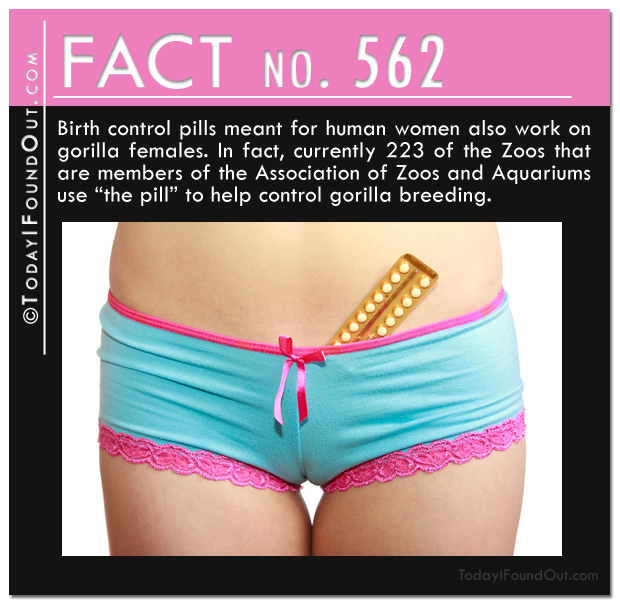 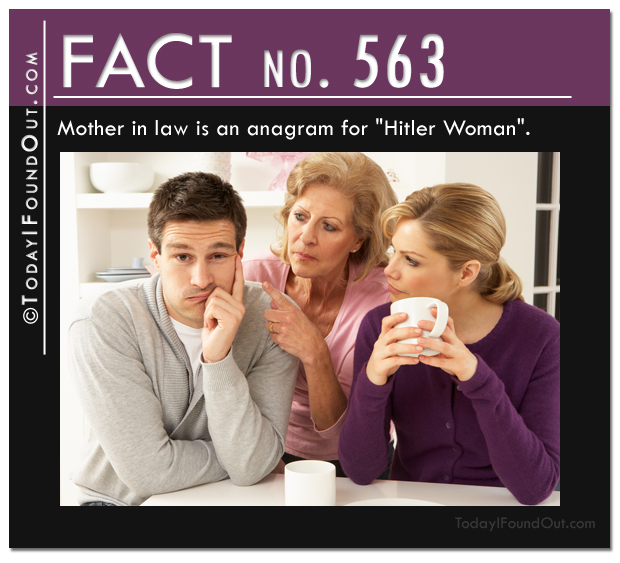 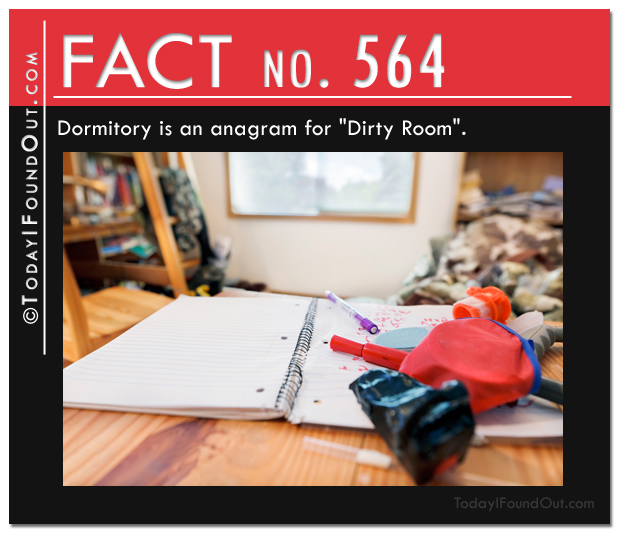 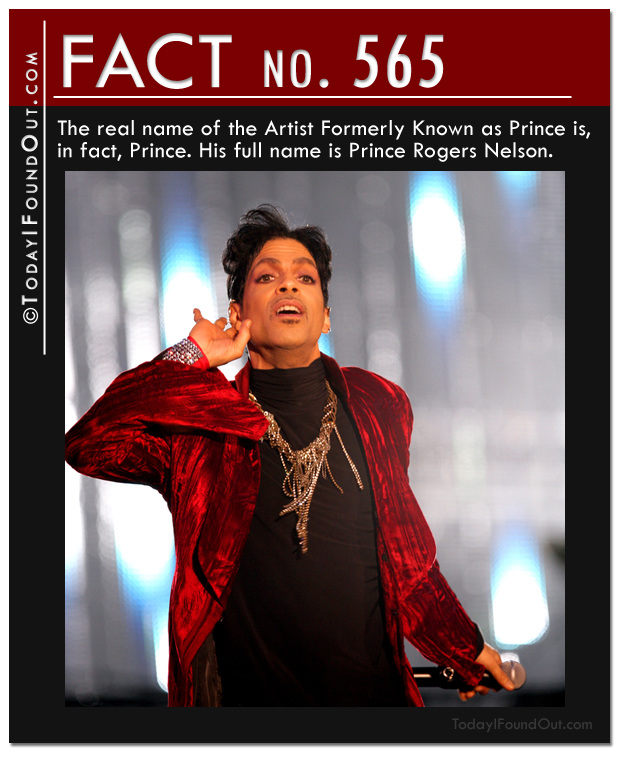 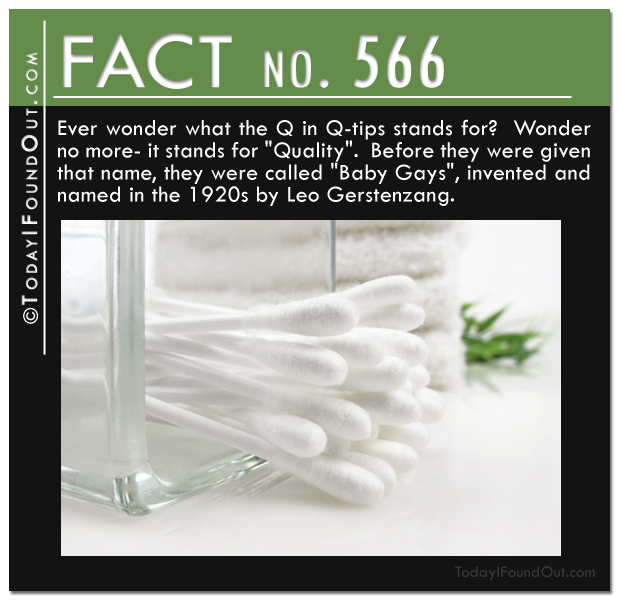 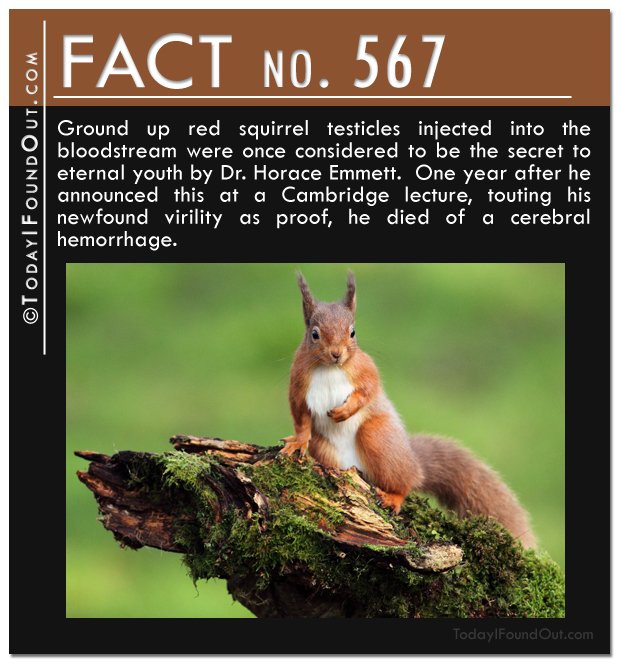 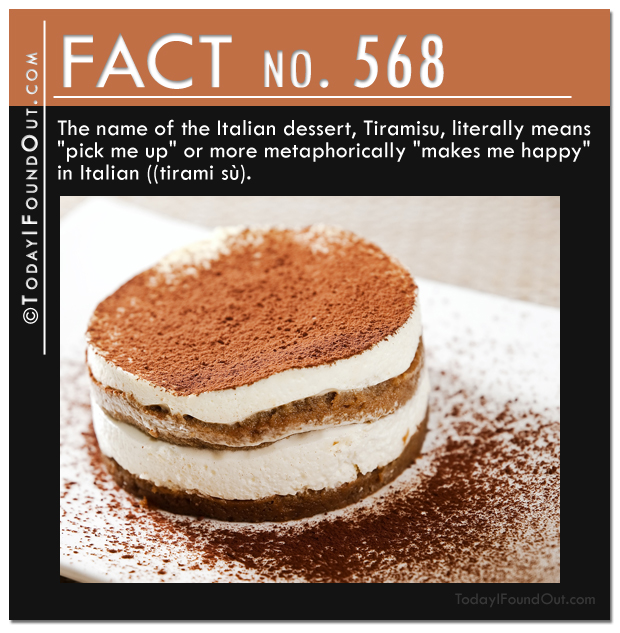 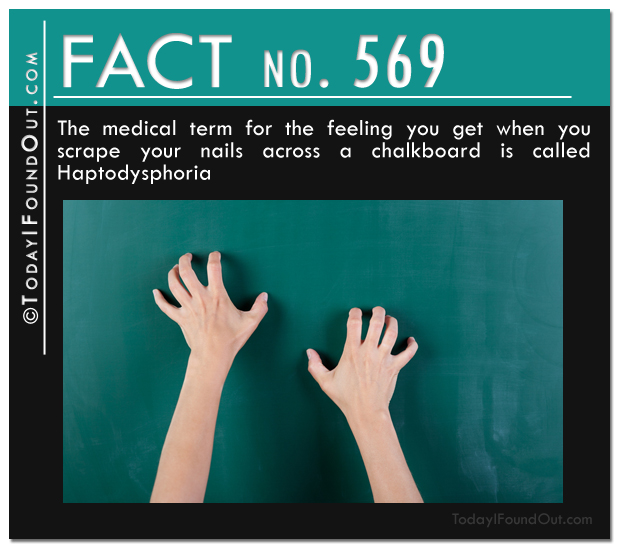 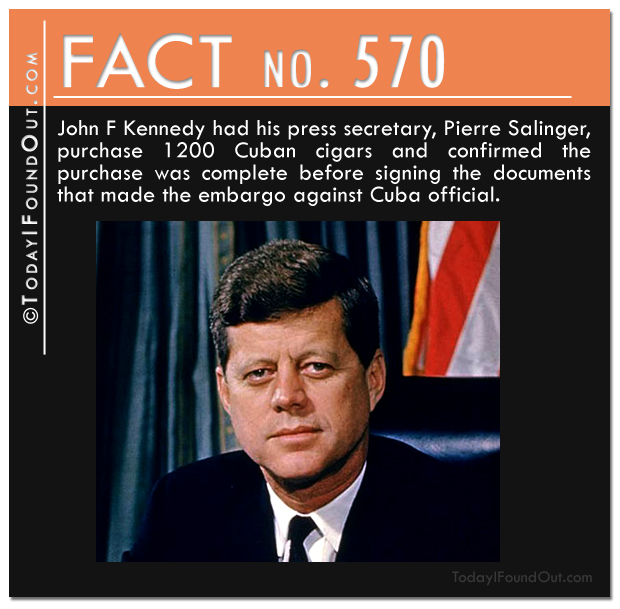 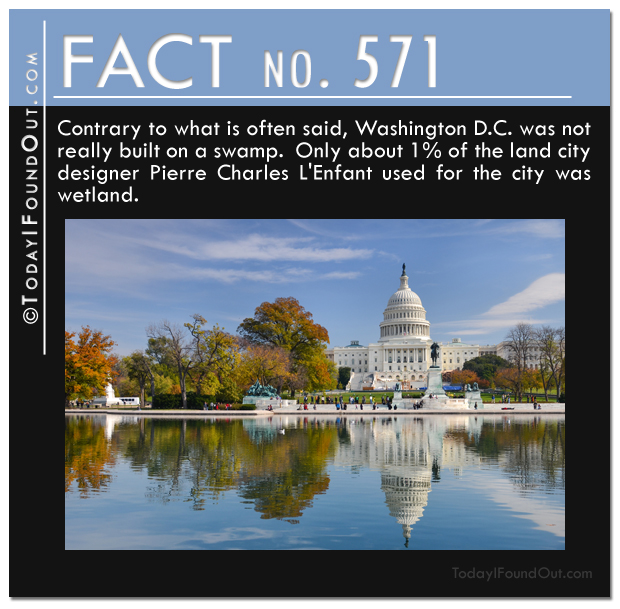 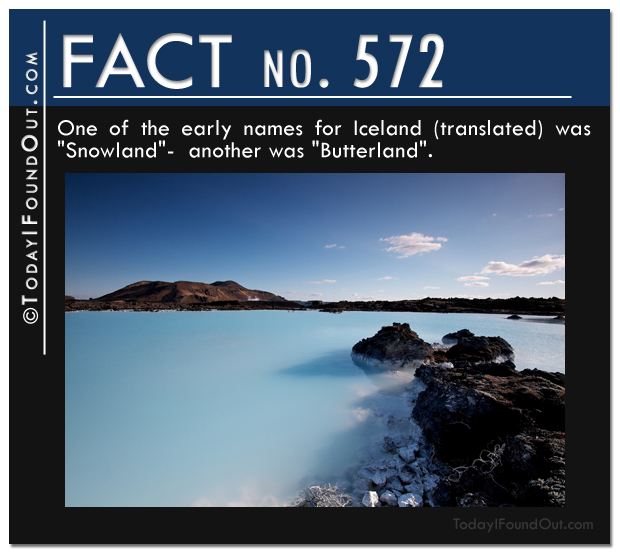 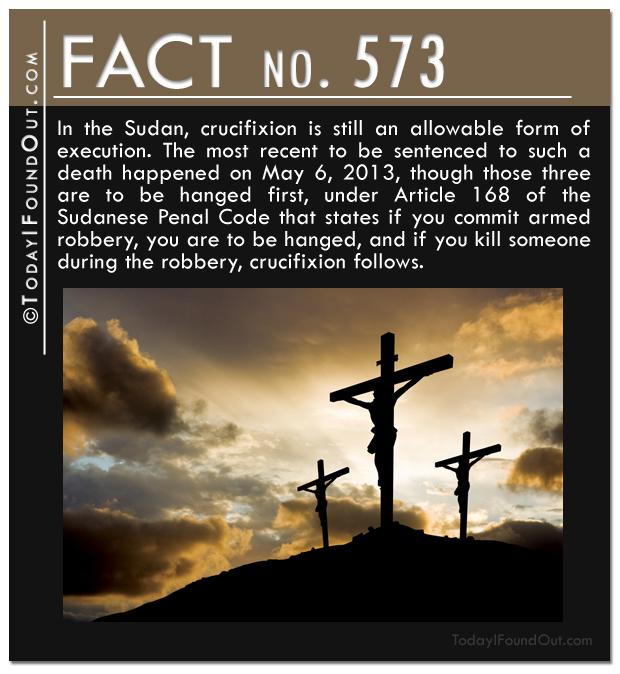 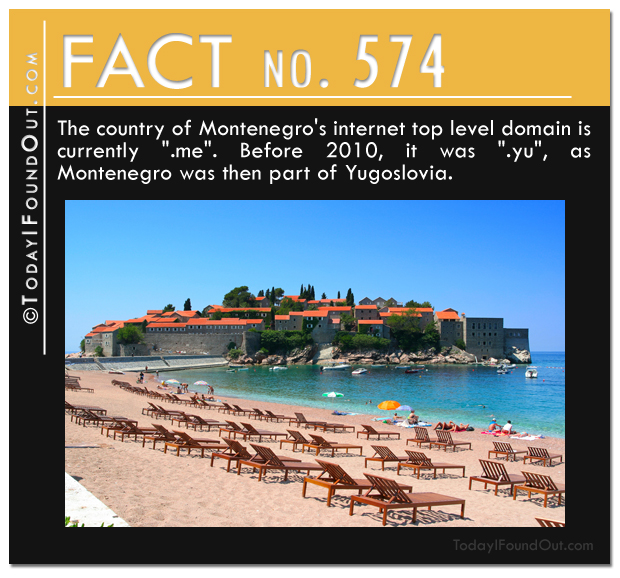 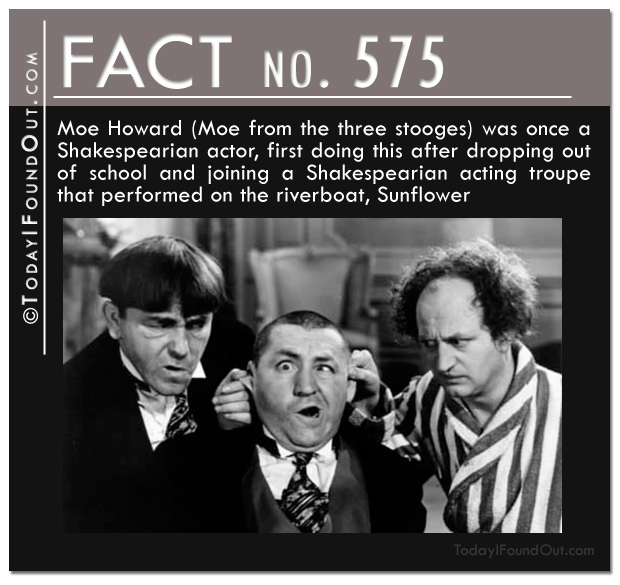 Text Version:
Fact 556: A popular additive to many perfumes, Ambergris, comes from the intestines of sperm whales. When it’s fresh, not surprisingly, it smells like crap, but then later begins to smell sweet and “earthy”.

Fact 557:Jumping Badger was the birth name of famed Indian chief Sitting Bull… His father’s name was Jumping Bull and his mother’s was “Her-Holy-Door”.

Fact 559: The “Sea of Tranquility” was the location on the Moon where man first set foot. The second landing site was called “The Ocean of Storms”.

Fact 560: Unlike Earth and most other planets in our solar system, Venus rotates clockwise. The leading theory as to why this is the case is that it initially rotated counterclockwise, but the planet flipped at some point.

Fact 561: You are 10,000 times less likely to be killed by a shark than as the result of either texting and driving yourself, or someone else doing it.

Fact 562: Birth control pills meant for human women also work on gorilla females. In fact, currently 223 of the Zoos that are members of the Association of Zoos and Aquariums use “the pill” to help control gorilla breeding.

Fact 563: Mother in law is an anagram for “Hitler Woman”.

Fact 564: Dormitory is an anagram for “Dirty Room”.

Fact 565: The real name of the Artist Formerly Known as Prince is, in fact, Prince. His full name is Prince Rogers Nelson.

Fact 566: Ever wonder what the Q in Q-tips stands for? Wonder no more- it stands for “Quality”. Before they were given that name, they were called “Baby Gays”, invented and named in the 1920s by Leo Gerstenzang.

Fact 567: Ground up red squirrel testicles injected into the bloodstream were once considered to be the secret to eternal youth by Dr. Horace Emmett. One year after he announced this at a Cambridge lecture, touting his newfound virility as proof, he died of a cerebral hemorrhage.

Fact 568: The name of the Italian dessert, Tiramisu, literally means “pick me up” or more metaphorically “makes me happy” in Italian ((tirami sù).

Fact 569: The medical term for the feeling you get when you scrape your nails across a chalkboard is called Haptodysphoria

Fact 570: John F Kennedy had his press secretary, Pierre Salinger, purchase 1200 Cuban cigars and confirmed the purchase was complete before signing the documents that made the embargo against Cuba official.

Fact 571: Contrary to what is often said, Washington D.C. was not really built on a swamp. Only about 1% of the land city designer Pierre Charles L’Enfant used for the city was wetland.

Fact 572: One of the early names for Iceland (translated) was “Snowland”- another was “Butterland”.

Fact 573: In the Sudan, crucifixion is still an allowable form of execution. The most recent to be sentenced to such a death happened on May 6, 2013, though those three are to be hanged first, under Article 168 of the Sudanese Penal Code that states if you commit armed robbery, you are to be hanged, and if you kill someone during the robbery, crucifixion follows.

Fact 574: The country of Montenegro’s internet top level domain is currently “me”. Before 2010, it was “.yu”, as Montenegro was then part of Yugoslovia.