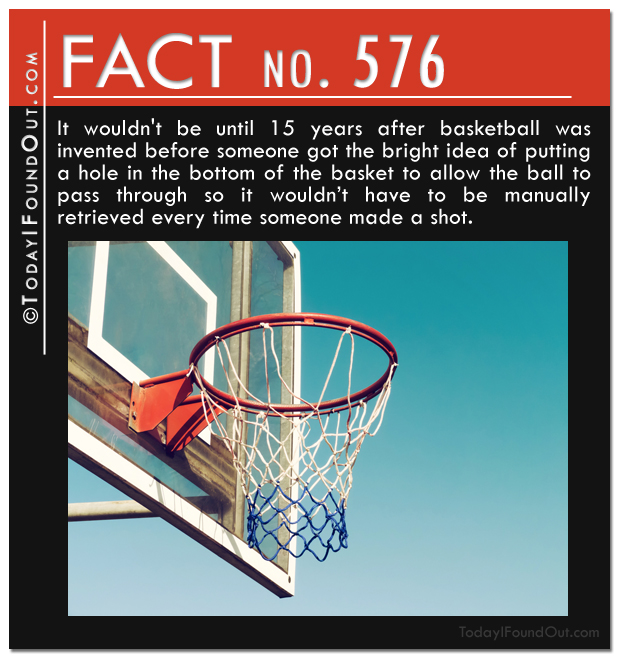 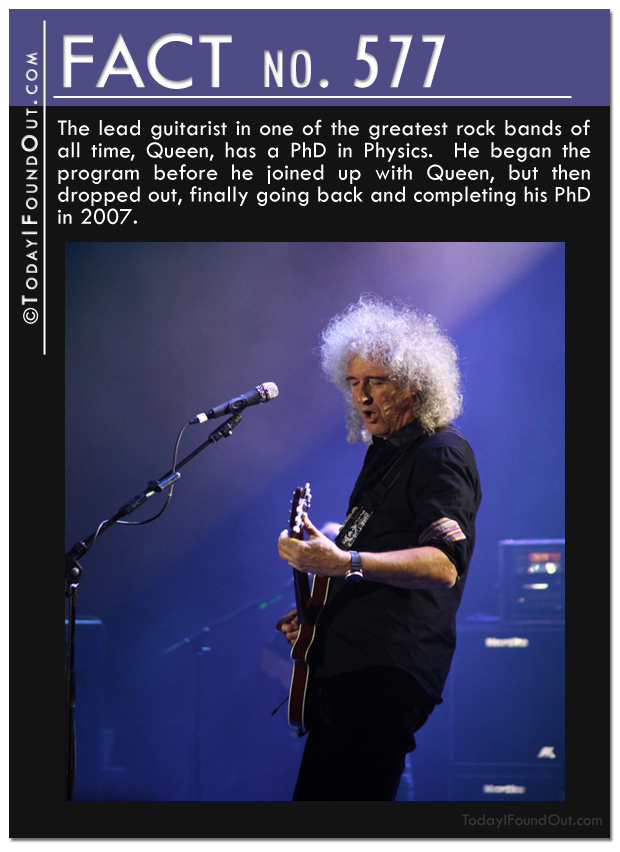 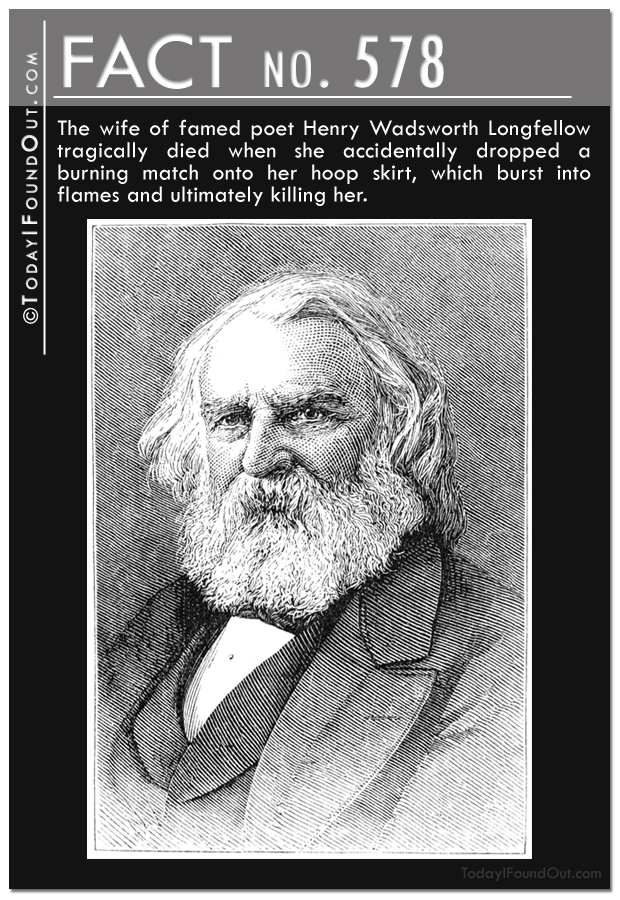 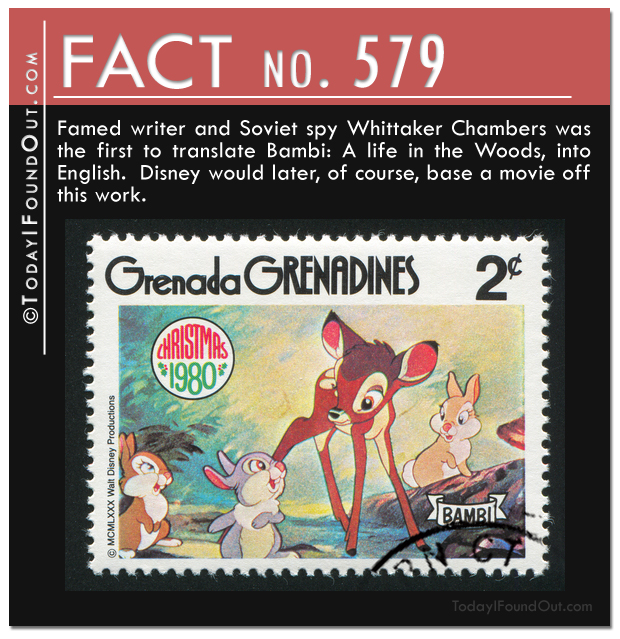 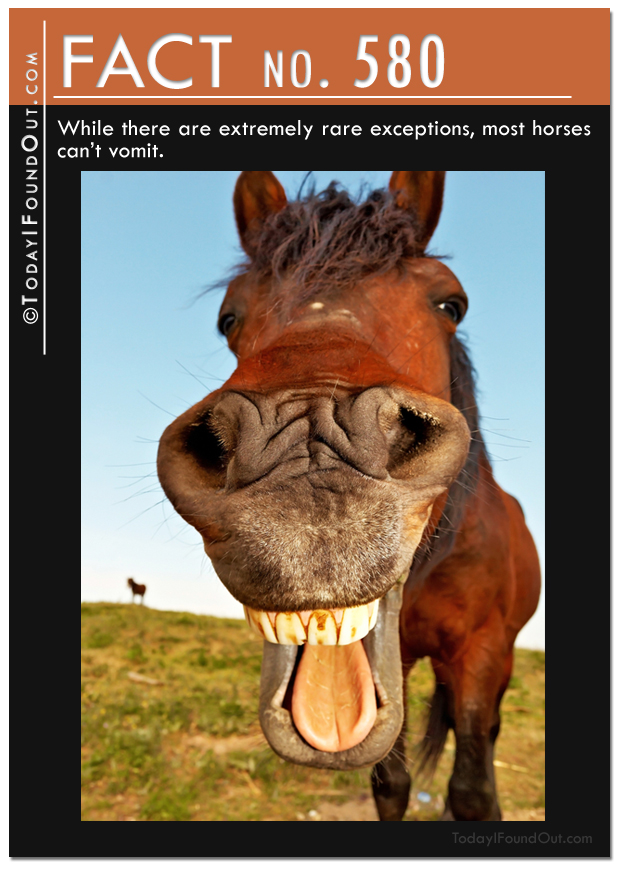 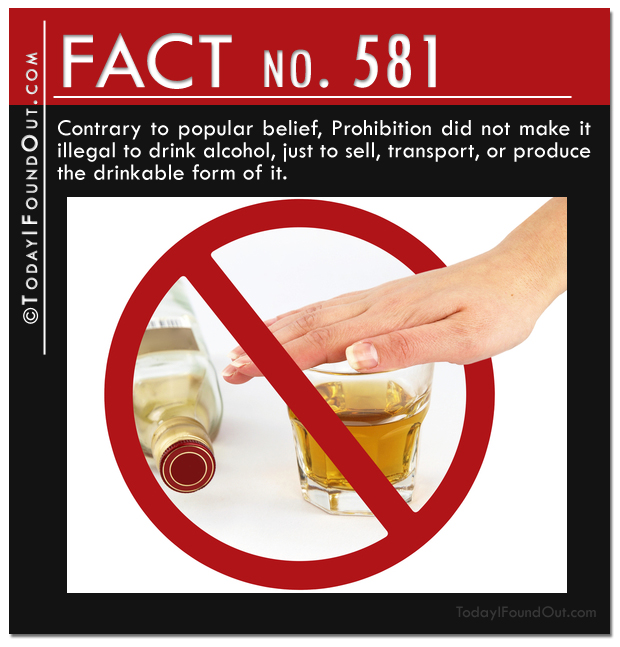 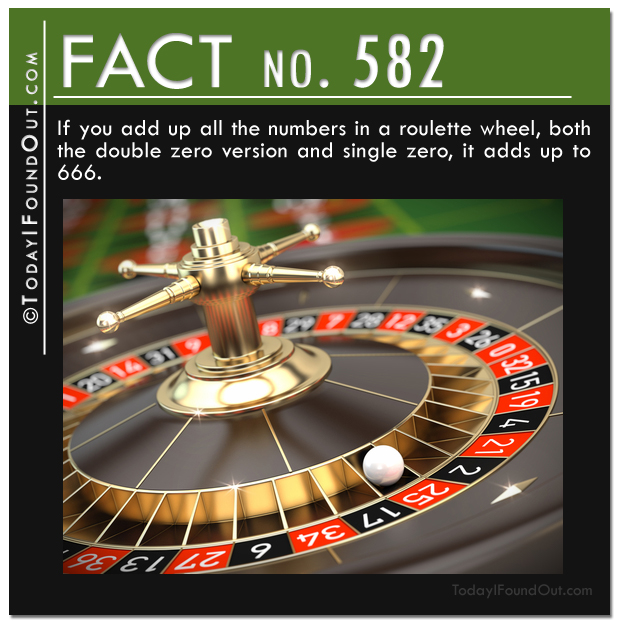 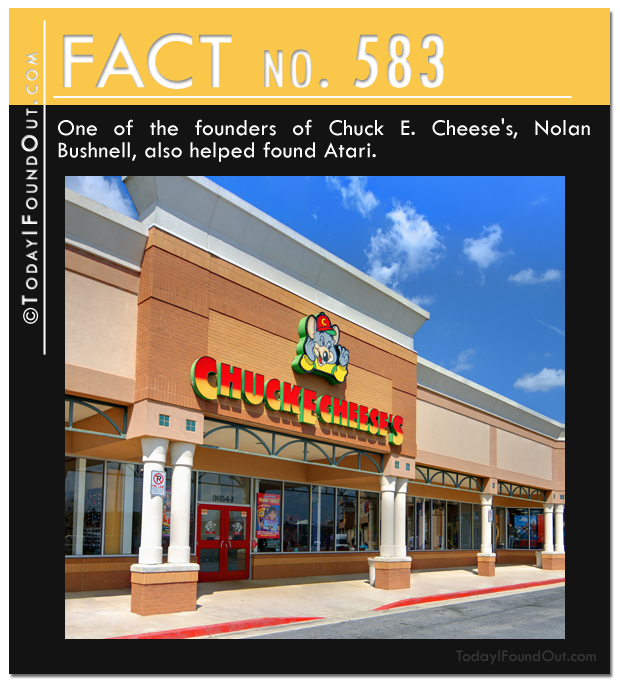 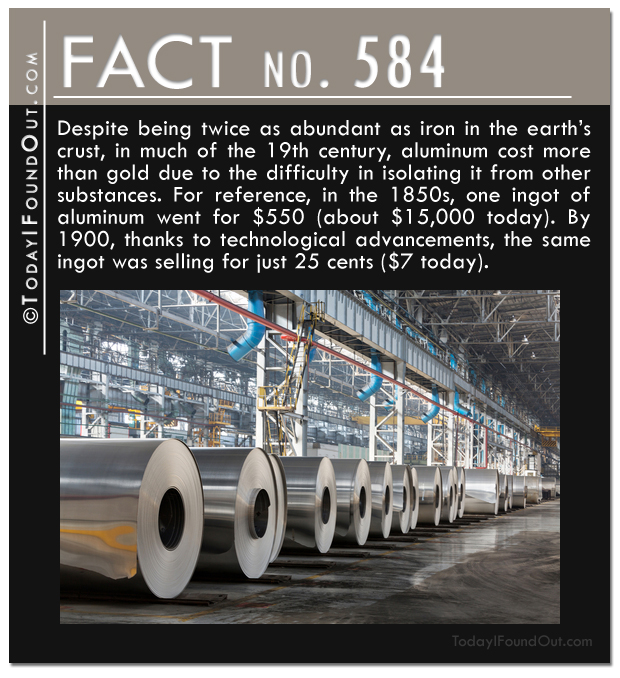 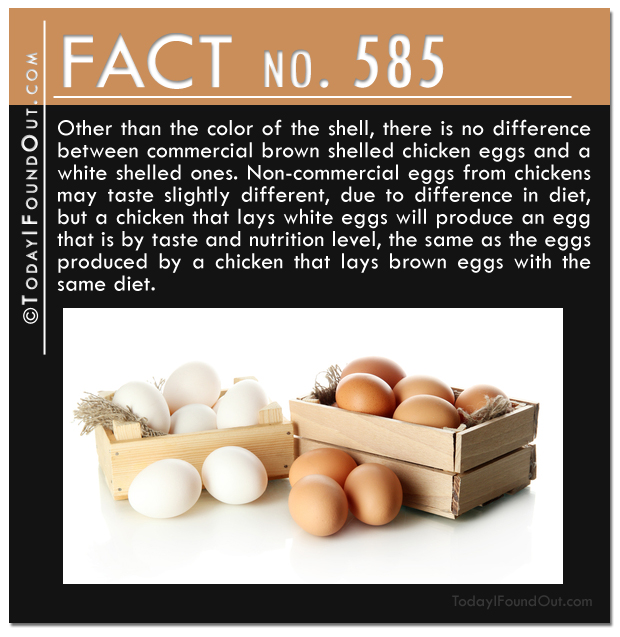 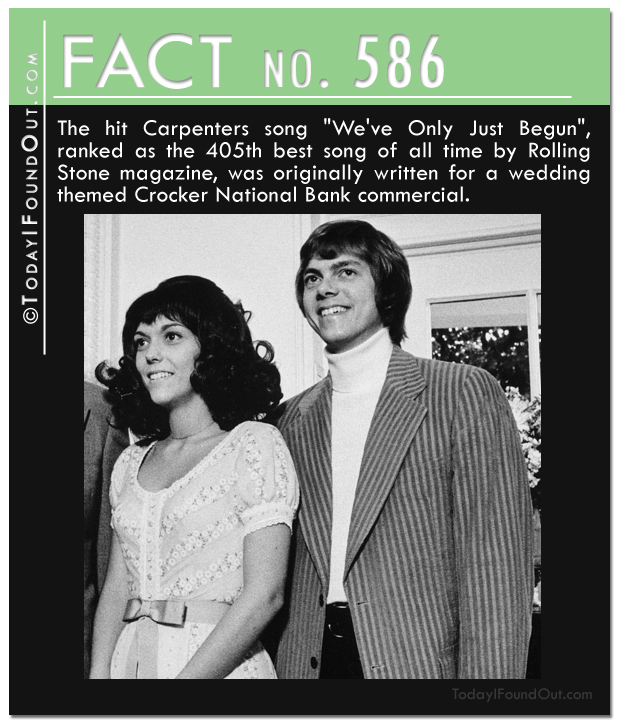 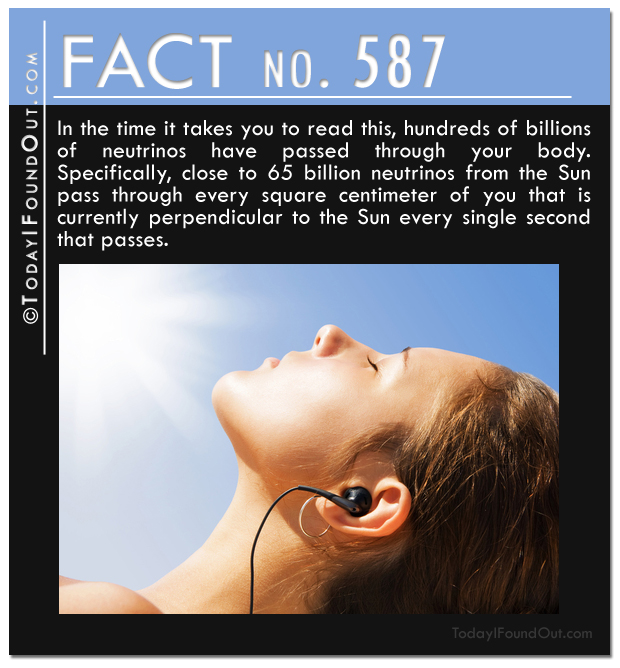 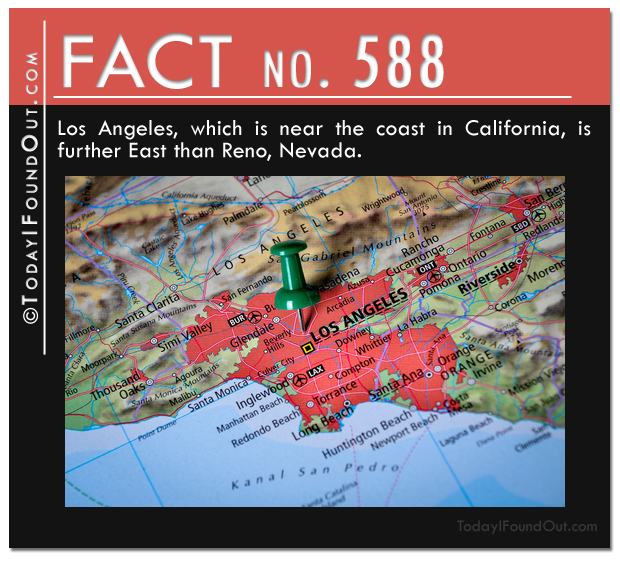 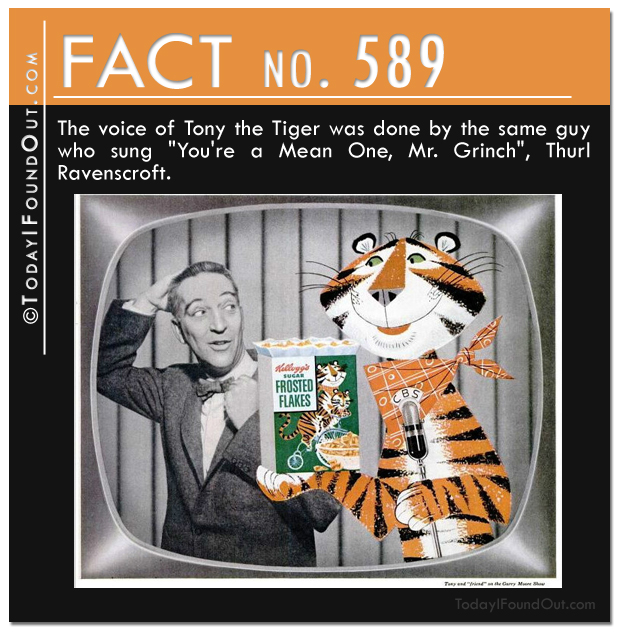 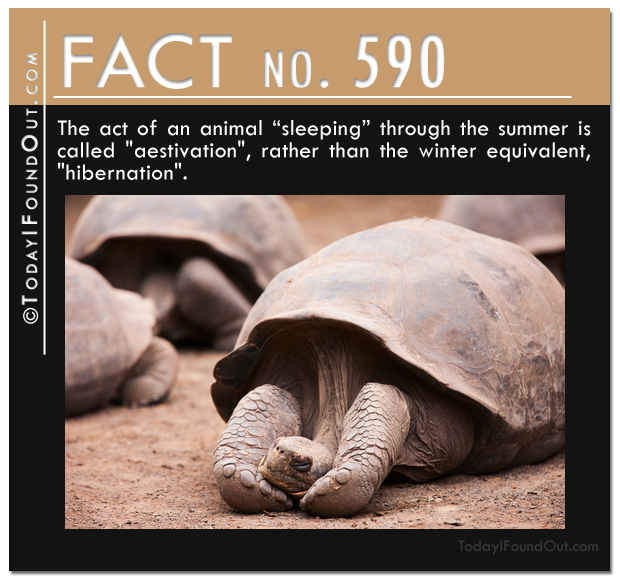 Text Version:
Fact 576: It wouldn’t be until 15 years after basketball was invented before someone got the bright idea of putting a hole in the bottom of the basket to allow the ball to pass through so it wouldn’t have to be manually retrieved every time someone made a shot.

Fact 577: The lead guitarist in one of the greatest rock bands of all time, Queen, has a PhD in Physics. He began the program before he joined up with Queen, but then dropped out, finally going back and completing his PhD in 2007.

Fact 578: The wife of famed poet Henry Wadsworth Longfellow tragically died when she accidentally dropped a burning match onto her hoop skirt, which burst into flames and ultimately killing her.

Fact 579: Famed writer and Soviet spy Whittaker Chambers was the first to translate Bambi: A life in the Woods, into English. Disney would later, of course, base a movie off this work.

Fact 580: While there are extremely rare exceptions, most horses can’t vomit.

Fact 581: Contrary to popular belief, Prohibition did not make it illegal to drink alcohol, just to sell, transport, or produce the drinkable form of it.

Fact 582: If you add up all the numbers in a roulette wheel, both the double zero version and single zero, it adds up to 666.

Fact 584: Despite being twice as abundant as iron in the earth’s crust, in much of the 19th century, aluminum cost more than gold due to the difficulty in isolating it from other substances. For reference, in the 1850s, one ingot of aluminum went for $550 (about $15,000 today). By 1900, thanks to technological advancements, the same ingot was selling for just 25 cents ($7 today).

Fact 585: Other than the color of the shell, there is no difference between commercial brown shelled chicken eggs and a white shelled ones. Non-commercial eggs from chickens may taste slightly different, due to difference in diet, but a chicken that lays white eggs will produce an egg that is by taste and nutrition level, the same as the eggs produced by a chicken that lays brown eggs with the same diet.

Fact 586: The hit Carpenters song “We’ve Only Just Begun”, ranked as the 405th best song of all time by Rolling Stone magazine, was originally written for a wedding themed Crocker National Bank commercial.

Fact 587: In the time it takes you to read this, hundreds of billions of neutrinos have passed through your body. Specifically, close to 65 billion neutrinos from the Sun pass through every square centimeter of you that is currently perpendicular to the Sun every single second that passes.

Fact 588: Los Angeles, which is near the coast in California, is further East than Reno, Nevada.

Fact 589: The voice of Tony the Tiger was done by the same guy who sung “You’re a Mean One, Mr. Grinch”, Thurl Ravenscroft.

Fact 590: The act of an animal “sleeping” through the summer is called “aestivation”, rather than the winter equivalent, “hibernation”.