What is a Ponzi Scheme and Why Do We Call it That? 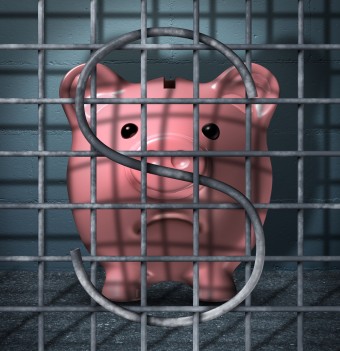 With our short memories, many of us have forgotten that long before Bernie Madoff defrauded his clients and lost $65 billion, another swindler, Charles Ponzi, ran a similar scam in 1920, bilking thousands of people out of millions of dollars by making them an offer that was too good to be true.

Characteristics of the Ponzi Scheme

Probably as old as money, we can assume the Ponzi scheme has been used to defraud the unwary for thousands of years; nonetheless, most experts cite Charles Dickens’ 1844 work, Martin Chuzzlewit, and its Anglo-Bengalee Disinterested Loan and Life Assurance Company, as one of the earliest recorded versions of the scam.

Although it can come in any of several flavors, the Ponzi Scheme at its core is basically a “rob Peter to pay Paul” contrivance with a few common elements:

Ponzi’s operation began when he received a letter from Spain that came with the international equivalent of a self-addressed stamped envelope, an international reply coupon (IRC). Still available to this day, an IRC can be presented at any participating postal service (such as the USPS) and it, essentially, covers the cost of postage for an overseas airmail letter. Because postage is less expensive in some countries and more in others, this system was open to arbitrage shenanigans, which is exactly what Ponzi did.

He began his scheme in Italy, where he had immigrated from in 1903. He had his Italian relatives purchase IRCs there, where postage was much cheaper, and mail them to him back in the U.S. He intended to exchange the IRCs for U.S. postage and sell it at, what he claimed, would be a 400% profit.

Although he faced bureaucratic hurdles when he went to exchange the coupons in 1919, he was still able to convince some friends from Boston to invest in his scheme. Early investors were said to have received a 60% return on their initial investment. In a July 30, 1920, interview with The New York Times, Ponzi described the early days of the operation:

I tried it in a small way first. It worked. The first month $1,000 became $15,000. I began letting in my friends. First I accepted deposits on my note, payable in ninety days, for $150 for each $100 received. Though promised in ninety days, I have been paying in forty-five days.

He formed The Securities Exchange Company in Boston in December 1919. As word of his tremendous profits spread, more investors flocked to give him their money. As the irrational exuberance grew, so did his geographic reach, and by May 1920, he had agents working throughout New England and New Jersey, and had earnings in excess of what would be, in today’s dollars, $4.5 million. By July 1920, Ponzi had purchased a mansion near Boston and used some of the millions of dollars he bilked out of the unsuspecting to purchase an interest in the Hanover Trust Company (HTC).

HTC’s participation in the scheme is significant. In addition to his 38% ownership of its stock, Ponzi had several accounts with HTC. Its officers were later found by a Massachusetts Supreme Court Justice to have knowledge of Ponzi’s unscrupulous activities:

As early as the first part of June, 1920, the managing officers of the trust company knew that Ponzi’s deposits in that bank, carried under different names, consisted of sums which he had received from purchasers. . . . Ponzi’s account with the trust company indicated that he was not employing the money received from the enterprise, but was using it, without interest, for the purpose of paying his notes as or before they matured [and, thus, could ever have earned the interest he claimed they did].

Even though these officers, who clearly were aware of the fraud, took steps to limit the bank’s exposure when Ponzi’s scheme was discovered (as it was sure to be), the bank crashed within 48 hours of Ponzi’s default.

In any event, prior to that default in July 1920, law enforcement officials suspected Ponzi’s operation was illegitimate, although they could find no evidence of wrongdoing; at that point, all investors had been paid on time. Nonetheless, The Boston Post had begun a series of articles that questioned the veracity of Ponzi’s claims.

Their investigation, conducted by Clarence Barron of Barron’s, uncovered several interesting facts that the paper published. First, Ponzi was not investing his own money in the scheme. Second, crunching the numbers, only a small fraction (.02%) of the IRCs needed to produce the returns Ponzi claimed were actually circulating. Third, according to the USPS, no large quantities of IRCs were being purchased anywhere. Fourth, the cost of shipping and manpower to buy and redeem all of those IRCs would have overwhelmed all of the profits.

A financial panic ensued and there was a run on The Securities Exchange Company. Over three days in the summer of 1920, he paid $2 million in claims, but that calmed investors’ fears; many even chose to leave their money with him.

The run, and the newspaper articles, however, attracted the attention of the Massachusetts federal prosecutor who ordered an audit. At the same time, a new agent Ponzi had hired to deal with the bad publicity uncovered documents that revealed Ponzi’s scheme. On August 2, 1920, the agent published an article in The Boston Post stating Ponzi could never pay back his investors; in fact, rather than having the millions he claimed, Ponzi was actually millions in debt.

This caused a second run, but, again, Ponzi paid off the mob with funds from his Hanover accounts. The savvy Massachusetts Bank Commissioner suspected Ponzi and ordered an examination; on August 9, 1920, it was revealed that, in addition to having several thousand dollars in outstanding loans, with the large number of checks recently cashed by skittish investors, Ponzi was sure to be overdrawn.

He was arrested on August 12, 1920. On November 1, 1920, after pleading guilty to a federal indictment, he received a five-year sentence but was released after 3.5 years. Shortly thereafter, Massachusetts sought to try him for violations of state law. Ponzi fought their charges, asserting that his plea agreement with the federal prosecutors included any state charges as well; although he took his argument to the U.S. Supreme Court (Ponzi v. Fessenden), he lost and was tried in Massachusetts.

Three trials were held in 1922 in which Ponzi represented himself. Powerfully persuasive, he duped two juries into finding him not guilty of 15 counts before he was finally convicted in the third trial. He was sentenced to serve seven to nine years.

While out on bail during the long appeals process, Ponzi went to Florida. In September 1925, he started another scheme, speculating on land that promised investors a 200% return in 60 days. He was indicted for securities fraud in February 1926 and ultimately found guilty. Again out on bail pending an appeal, Ponzi changed his appearance and tried to leave the country for Italy aboard a merchant ship. Found in New Orleans, he was extradited to Massachusetts where he served out his sentence.

After his release in 1934, he was deported to Italy where for a time he worked a government job before being let go.  While there, he also wrote his autobiography, The Rise of Mr. Ponzi.  Eventually, he made his way to Brazil, living in poverty until his death on January 18, 1949 at a charity hospital.

Sadly, many victims went into debt and lost their life savings on the scheme. Most received less than 30% of their original investment back. Losses were estimated at $20 million (equivalent to over $230 million today), although no one was ever sure. According to investigators, Ponzi’s bookkeeping was so lax that they were unable to determine how much he had swindled, or even where the money went.