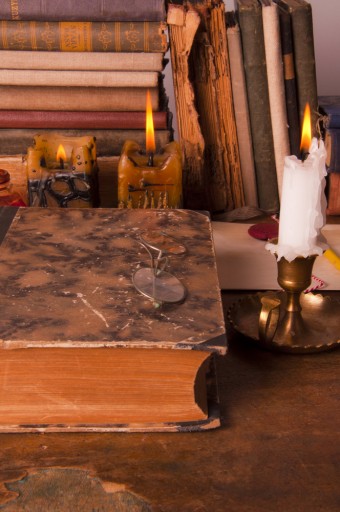 Not set in stone, the English language is constantly evolving to describe new developments and experiences and to match the zeitgeist of the times. With words created out of necessity to describe a new technology, like tweet and telephone, their origins are relatively easy to trace back to the people who first invented them. With others that seem to rise organically in society, like bromance and muffin top, it is almost impossible to say exactly who coined those terms.  However, for those words that were introduced into the language in a published work, we can determine with near or absolute certainty who invented them. Here are a few for your reading pleasure.

Catch-22: “a set of circumstances in which one requirement, etc., is dependent upon another, which is in turn dependent upon the first”.  This was coined by Joseph Heller in his 1961 novel, Catch-22, which is set during WWII in Italy. In this story, “Catch-22” is a military bureaucratic rule invoked in several places (sometimes explicitly and sometimes not), and is more or less a catch-all rule to justify anything.  For instance, in one example in the book, army MP’s are harassing some women and justify it with the Catch-22 rule.  When asked about how Catch-22 makes their actions acceptable, one of the MP’s states: “Catch-22 states that agents enforcing Catch-22 need not prove that Catch-22 actually contains whatever provision the accused violator is accused of violating.”

The rule is explicitly explained by the narrator in chapter 5 of the book:

There was only one catch and that was Catch-22, which specified that a concern for one’s safety in the face of dangers that were real and immediate was the process of a rational mind. Orr (one of the men trying to get out of flying missions) was crazy and could be grounded. All he had to do was ask; and as soon as he did, he would no longer be crazy and would have to fly more missions. Orr would be crazy to fly more missions and sane if he didn’t, but if he was sane he had to fly them. If he flew them he was crazy and didn’t have to; but if he didn’t want to he was sane and had to. Yossarian (one of the other men trying to get out of flying missions) was moved very deeply by the absolute simplicity of this clause of Catch-22 and let out a respectful whistle.

“It’s the best there is,” Doc Daneeka agreed….

Yossarian strode away, cursing Catch-22 vehemently even though he knew there was no such thing. Catch-22 did not exist, he was positive of that, but it made no difference. What did matter was that everyone thought it existed, and that was much worse, for there was no object or text to ridicule or refute, to accuse, criticize, attack, amend, hate, revile, spit at, rip to shreds, trample upon, or burn up.

Using “Catch-22” to describe no-win situations ultimately caught on after the 1970 movie, Catch-22, came out, based on the book. Interestingly, the phrase was almost “Catch-18”, but the historical fiction, Mila 18, also set in WWII, was published not long before and Heller’s publisher decided it would be confusing for people to have two such WWII books with “18” on the end released so close together, so made him change it to “22”.

More than just Oliver Twist and A Tale of Two Cities, Charles Dickens had a macabre side that slipped out every now and then. With ghosts in short stories and of course, The Christmas Carol, and tales of murder like The Mystery of Edwin Drood, Dickens let his imagination run wild. He is credited with coining the terms “the creeps” in David Copperfield (1850) and “sawbones” in The Pickwick Papers (1837).

It’s ironic that the man who is best known for writing romantic tales of chivalrous, honorable knights exhibiting gentlemanly behavior, Sir Walter Scott, is also credited with first using the word “expletive” in the sense of “exclamation”, such as a curse word, in his Guy Mannering (1815).  Before this, the word “expletive” had been around for about two centuries meaning “a word or phrase serving to fill out a sentence.”  The word itself comes from the Latin “explere” meaning “fill out”.

Older than you may realize, the word “yahoo” was first coined by the 18th century satirist, Jonathan Swift, in Gulliver’s Travels (1726). It originally meant a rough brute; it later came to be used to describe a boorish or stupid person. Today it is also frequently used as an exclamation of joy.  It was later adopted in 1994 to be the name of an internet search company Yahoo!, with them claiming their name stands for “Yet Another Hierarchical Officious Oracle”.

To err is human, to forgive divine, Hope springs eternal . . ., and Fools rush in where angels fear to tread

Seldom read anymore except by the most erudite, Alexander Pope was a poet and writer during the early 18th century. His most famous work, the poem Rape of the Lock (1712), exhibits the satirical voice for which he was well known. Regardless of whether you read his work, you certainly hear it. According to the Oxford Dictionary of Quotations, he is the third most quoted English language writer after Shakespeare and Tennyson.

These and hundreds of other wise sayings were first coined by Benjamin Franklin while writing under his alter ego in Poor Richard’s Almanack (1732-1758). Among Franklin’s great aphorisms are “fish and visitors stink in three days” and “wine [is] a constant proof that God loves us, and loves to see us happy.”

Although he didn’t originally print them himself, one of the greatest wordsmiths of the 20th century was frequently in the public eye, so others published his gems for us. No list of common phrases would be complete without Yogi Berra’s sublime butchering of the English language. In addition to those above, some of his most famous lines include “nobody goes there anymore; it’s too crowded,” “baseball is ninety percent mental and the other half is physical” and “always go to other people’s funerals, otherwise they won’t come to yours.”