How Nintendo, Lego, Adidas and 17 other Major Companies Got Their Names 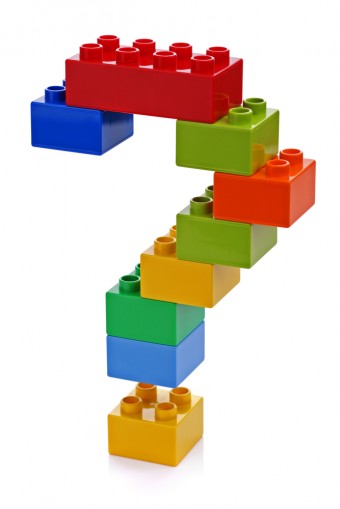 Lego:  In 1934, Danish carpenter Ol Kirk Kristiansen, the founder of what we now know of as Lego®, asked his staff to come up with a good name for his growing toy company.  The two names that ended up being finalists were “Legio” and “Lego”.  The first was a reference to a “legion” as in a “Legion of toys”.  The second, which won out, was made from a contraction of “leg godt”, which is a Danish phrase meaning “play well”.

Interestingly, “lego” is also a Latin word meaning “to gather or collect”, which is somewhat fitting, given what their most popular product ended up later being.

Amazon:  The company was originally named “Cadabra” and was at the website “Cadabra.com”.  After sales rocketed up quite quickly, Bezos decided to rename the company to reflect the broadening scope of the business (not just books).  He wanted the new name to begin with an “A” so that it would show high up on website indexes that listed things alphabetically, which a lot of internet browsing sites did at the time, including Yahoo.  Upon scanning through the dictionary, he saw “Amazon”, after the Amazon River, which in turn was named after the female Amazons in Greek mythology.  He liked the correlation between Amazon being one of the biggest rivers in the world and hopefully someday the company Amazon being one of the biggest businesses in the world (mission accomplished).

Another interesting tidbit in terms of their logo that you may not have noticed is that the smiley line underneath the letters is an arrow pointing from “a” to “z” implying amazon.com has everything, from “a” to “z”.

7-11:  The company’s first convenience outlets were known as Tote’m stores since customers “toted” away their purchases; some locations even sported genuine Alaskan totem poles in the front of the stores. In 1946, Tote’m became 7-Eleven to reflect the stores’ new, extended hours – 7 a.m. until 11 p.m., seven days a week, which was pretty unheard of back then.

Nintendo:  This famous company name comes from the Japanese name “Nintendou”.  Roughly translated “Nin” means “entrusted” and “ten-dou” means “heaven”, so basically “leave luck to heaven”.  If this seems a strange name/slogan for a company, perhaps it’s important to note it started out as a playing card making company in 1889.

Pepsi:  Pepsi or “Pepsi-Cola” was named after the digestive enzyme pepsin.  The original drink was sold as a digestive aid and health tonic.

Atari:  According to Nolan Bushnell, Atari was named after a term in the game “Go”.  In that game, when you are about to capture another player’s piece, you say “atari”, which is somewhat equivalent to “check” in Chess.  The word itself is derived from the nominalized form of the Japanese word “ataru”, meaning “to hit the target”.

Nabisco:  Short for the original name of the company – National Biscuit Company.

Sony: It is derived from the Latin word “sonus”, which means “sound”.  They also chose it because the pronunciation of “Sony” is the same in many languages.  Also, “sonny” was once slang for an intelligent youth.  Thus, they thought it fitting because they were “sonny boys working in sound and vision”.  The company’s original name was not “Sony”, but rather “Tokyo Telecommunications Engineering Corporation” (Tokyo Tsoshiu Kogyo KK)- definitely an improvement on the name when they switched it.

Wendy’s:  The first “Wendy’s Old Fashioned Hamburgers” was opened on November 15, 1969;  the restaurant being named after the fourth child, Melinda Lou Thomas, of founder Dave Thomas (who incidentally was a high school dropout and before founding Wendy’s helped stop Kentucky Fried Chicken (KFC) from going out of business.)  You might be asking yourself, “How do you get ‘Wendy’ out of Melinda Lou Thomas?”  This was a nickname given to her as she couldn’t pronounce her own name when she was young, instead she would say “Wenda”, which is how she got the nickname “Wendy”.

Nokia:  This company is named after one of the towns they originally operated in, the Finnish city Nokia.  Originally they weren’t in the tech industry as today.  In the beginning, the company ran a wood-pulp mill.

Arby’s: Although some people believe that the enunciation of Arby’s stands for “roast beef”, this isn’t true. It actually comes from the initials of its founders, the Raffel Brothers (R.B.’s).  They originally planned to name their company “Big Tex”, but someone already owned the rights to that name.

Sega:  Short for “Service Games of Japan”, this company originally imported pinball machines onto US military bases around the Pacific Rim.

Sharp:  The company’s first product, the ever sharp pencil, is actually where this multinational corporation got its name.

Starbucks:  Not many companies dive into the world of fiction literature to find inspiration for their brand, but Starbucks is not just any company. Its name comes from a character in the story of Moby Dick.

(Aside:  While Moby Dick today is considered a great work of literature, in its day, it wasn’t very successful and only earned Melville $556.37 in his lifetime with less than 3000 copies sold over the 40 years or so from publication to Melville’s death.)

Adobe:  Adobe was named after a body of water (Adobe Creek). John Warnock, one of the founders of Adobe Systems, lived in a house next to the creek.

Reebok:  A Rhebok is actually a type of antelope found on the savanna in Africa and these days it’s also the inspiration behind the name of an international brand.  The company was originally called J.W. Foster and Sons, but the name was changed some 53 years after its founding to “Reebok” after one of the grandsons of the original founder saw the name in a South African dictionary that he had won in a race as a boy.  The fact that the dictionary was from South Africa is why the spelling is “Reebok”, instead of the more common English spelling of the name of the antelope, “rhebok”.

Coca-Cola:  Dr. John Pemberton was a pharmacist and also a former Confederate soldier who was wounded in the Battle of Columbus.  This subsequently led to him becoming addicted to morphine, as happened to many people at the time.  As such, after the war, he began seeking a cure for morphine addiction.  One of the areas he looked for a cure was experimenting with coca and coca wines.  One such concoction Pemberton came up with was “Pemberton’s French Wine Coca”, advertised as a nerve tonic cure-all. Unfortunately for him, this cure-all also included alcohol (from wine), which was banned in Atlanta in 1886.

Not to be dissuaded, Pemberton modified his formula with the help of Willis Venable and Frank Mason Robinson.  This new mixture was very similar to his original French Wine Coca, but without the alcohol (substituting the wine with sugar and adding citric acid to counteract the bitter taste this substitution introduced).  He also mixed this concoction with carbonated water (carbonated water was often used in “cure-all” mixtures as it was believed to itself be very good for your health).

The final name “Coca-Cola” was suggested by Pemberton’s bookkeeper, Frank Robinson, stemming from the two key ingredients: extracts from the coca leaf and kola nut. Robinson was also the one to first pen the now classic cursive “Coca-Cola” logo.

eBay: The company was originally supposed to be “Echo Bay Technology Group”, but the domain “EchoBay.com” was already taken, so they shortened it and got eBay.com, which was available.