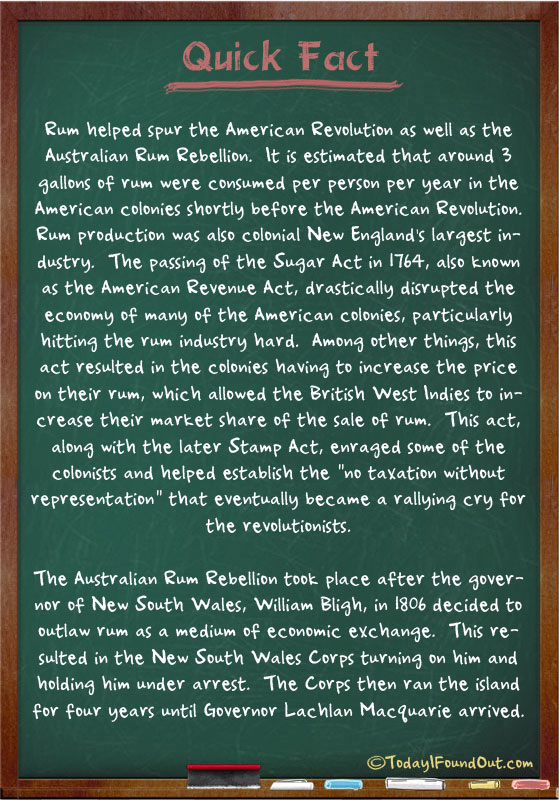 Rum helped spur the American Revolution as well as the Australian Rum Rebellion.  It is estimated that around 3 gallons of rum were consumed per person per year in the American colonies shortly before the American Revolution.   Rum production was also colonial New England’s largest industry.  The passing of the Sugar Act in 1764, also known as the American Revenue Act, drastically disrupted the economy of many of the American colonies, particularly hitting the rum industry hard.  Among other things, this act resulted in the colonies having to increase the price on their rum, which allowed the British West Indies to increase their market share of the sale of rum.  This act, along with the later Stamp Act, enraged some of the colonists and helped establish the “no taxation without representation” that eventually became a rallying cry for the revolutionists.

The Australian Rum Rebellion took place after the governor of New South Wales, William Bligh, in 1806 decided to outlaw rum as a medium of economic exchange.  This resulted in the New South Wales Corps turning on him and holding him under arrest.  The Corps then ran the island for four years until Governor Lachlan Macquarie arrived.