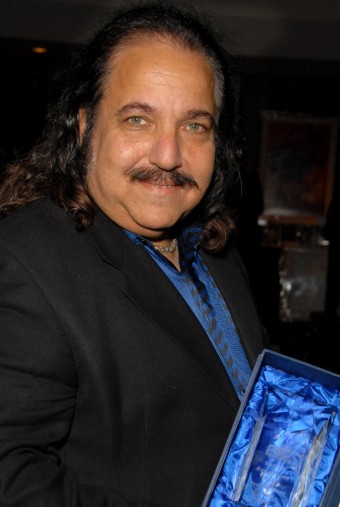 Today I found out Ron Jeremy was a special-ed teacher before pursuing a career as an adult film actor.

In college, as an undergraduate, Ron Jeremy earned both a B.A. in education and a B.A. degree in theater.  He then went on to earn a Master’s degree in special education.  His dream was to become an actor, but he pursued both education and acting, as his father had advised him to have something he could fall back on if acting didn’t work out.

Once out of college, he taught high school special education classes, specifically working with autistic children and teen schizophrenics.  He also did some substitute teaching at various New York City schools.  He soon decided teaching wasn’t for him and to pursue a career in acting full-time.  He began trying for parts in various plays around New York.  This didn’t go too well and, as he stated, he more or less “starved Off-Broadway.”

However, he soon found himself a wildly successful actor, though not quite in the way he originally imagined.  While Ron Jeremy was never a looker, today tending to more resemble a fat Mario from Nintendo’s famous game franchise, in his younger days, he was in fairly good shape and of course had his now famously long member (just under 10 inches).  Thus, he and his girlfriend decided to take nude photos of Jeremy and then submit them to Playgirl magazine in 1978. His reasons for this were as follows:

We knew women could do Playboy and that might lead to a career in theater, film. I thought I would try it out and at least get some kind of exposure, pardon the pun. So my girlfriend took the photographs and sent them to Playgirl. I thought maybe they would agree to bring me to L.A. for a layout, and while I’m in L.A. I’ll try to get some work in Hollywood. Then Playgirl called and they said we have good news and bad news. The bad news is they weren’t going to fly me anywhere. The good news is that they were going to use the pictures we had taken.

From there, he was approached to do adult films, but initially declined as he thought it was kind of “sleazy.”  However, adult films of the day usually had plots and some acting was involved; further, several adult film actors, both male and female, had managed to use that platform to get into mainstream films, so he eventually agreed.

Since then, he’s starred in well over 2000 films (a record, according to the Guinness Book of Records), directed another 281 or so, appeared in around 60 non-adult movies, including The Boondock Saints and The Chase, appeared in 14 music videos, and was a consultant for the movies Boogie Nights and 9 1/2 Weeks. Despite now being nearly 59 years old (he’ll be 59 on March 12 of this year), he continues to do adult films, and his fame has allowed him to cross over to mainstream films. He has stated that he plans on continuing to appear in adult films until it becomes a “chore,” basically when he is physically unable to do them anymore.  He further plans to continue to appear in mainstream films as long as he lives, as his favorite part of doing films, even adult films, has always been the acting.