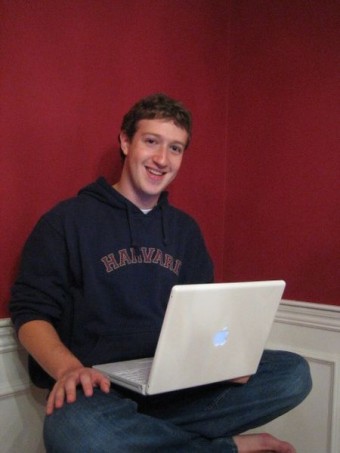 On this day in history, 2004, Mark Zuckerberg launched a site called TheFacebook, that eventually became just “Facebook” after the company acquired the domain rights to facebook.com for $200,000 in 2005.  The site was originally inspired by a project done by one of Mark Zuckerberg’s high school friends, Adam D’Angelo.  D’Angelo had developed a simple social networking site called Buddy Zoo at Caltech that was fairly popular in its short run until D’Angelo shut it down.  The popularity of this early social site and the implications of such a service on a large scale was frequently discussed by Zuckerberg and his friends, but they didn’t do anything about creating such a service initially.

This all changed when Zuckerberg was reading an article in The Harvard Crimson that mentioned a website he’d created and gotten in a lot of trouble for (FaceMash), including almost being expelled from Harvard.  FaceMash was a site that was more or less a Harvard-centric knock-off to Hot or Not.  The reason Harvard Administration had a problem with the site was that in order to get it going, Zuckerberg had hacked into Harvard’s student ID picture database in order to get pictures of students at the school in the nine different school dorm houses.  He then posted the pictures on his site, separated by dormitory and pitted pictures of people against one another, showing two pictures at a time with people choosing who’s hotter of the two shown.

Over 22,000 votes were submitted on FaceMash before it was shut down after just four hours due to people getting offended from having their pictures posted without their consent to be rated.   Once the administration got wind of it, they charged Mark with various things such as copyright infringement, violating people’s privacy, and the like.  All the charges were eventually dropped and he was allowed to continue attending Harvard.

In any event, The Harvard Crimson article specifically mentioned:

The potential benefits of a comprehensive, campus-wide online facebook are plenty…  Thanks to a little bit of ingenuity and lot of illicit hacking, a Harvard sophomore was able to obtain a great majority of the campus’ photos and compile them on one navigable site. This was an invasion of privacy, and HASCS must insure that its facebook is secure. But it is clear that the technology needed to create a centralized website is readily available; the benefits are many.

When Zuckerberg read this, a light bulb went off in his head and he thought, “I think it’s kind of silly that it would take the University a couple of years to get around to it. I can do it better than they can, and I can do it in a week.”  And, in fact, that’s exactly what he did, finishing the initial version in about a week.  Granted, during that week he reportedly did almost nothing else, including not sleeping much, nor socializing at all.  However, after the week, it was done.  This was lucky for him that he finished so quickly because just a few months later he stated in The Harvard Crimson,”If I hadn’t launched it that day, I was about to just can it and go on to the next thing I was about to do.”

From there, it took just one month for half of the school’s students to sign up to TheFacebook.  Shortly thereafter, it was expanded to include other universities, initially focusing on Ivy League schools, but then expanding to the majority of colleges in North America.  Just six months after it was launched, TheFacebook was officially incorporated and Zuckerberg and co. moved to Palo Alto, California where they received funding from people like Sean Parker (already a wealthy young entrepreneur who, among other things, also helped found Napster) and PayPal co-founder Peter Thiel.  Shortly before this happened, Zuckerberg stated, “My goal is to not have a job… Making cool things is just something I love doing, and not having someone tell me what to do or a timeframe in which to do it is the luxury I am looking for in my life…  I assume eventually I’ll make something that is profitable.”

Since then, Facebook has been growing at an astounding rate both in revenue and number of users.  In 2006, just two years after its launch, Facebook earned $52 million.  The next year, they earned $150 million; then $280 million in 2008; $775 million in 2009; 2 billion in 2010; and, finally, $4.27 billion in 2011.  The user growth rate has been equally remarkable, growing to 100 million users in late 2008.  From there, the user base skyrocketed, gaining an average of around 100 million users every 160 days up to today, where they are rapidly approaching 1 billion users with their last reported tally on December of 2011 being 845 million members with 483 million daily active people.  They also reported well over one trillion page views per month in late 2011.  I guess Zuckerberg can check off from his To-Do list the goal to not ever have to get a job.