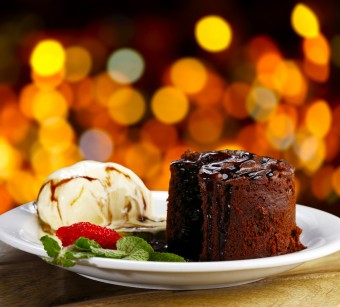 This is just dessert…

Today I found out that the idiom used for the notion of someone “getting what’s coming to them”, whether good or bad, is actually “just deserts”, not “just desserts”.

The misconception primarily stems from the fact that most people are unfamiliar with the word ‘desert’ (pronounced dizert), which more or less means the same thing as the word ‘deserve’.  Instead, when they see the word ‘desert’, most they think only of the word meaning something to the effect of ‘dry, sandy wasteland’, which is pronounced ‘dezert’.

In fact, these two words that are spelled the same, but pronounced differently, have their origins in two different Latin words.  The word ‘desert’, as in “sandy wasteland”, comes from the Latin word deserere, meaning “to forsake”.

The word ‘desert’ as in “to get what’s coming to you”, comes from the Latin word deservire, meaning “to serve well” or “to serve zealously”: “de-” (completely) + “servire” (to serve).

Deservire is also where we got the word “deserve” from.  The transition came from the fact that when one served well, they would expect to be rewarded at some point for their services.  Thus, sometime between the third and sixth centuries A.D., “deservire”, meaning “to serve well”, in Late Latin got shifted in meaning to now mean something to the effect of “to be entitled to because of serving well”.

This then gave rise to the Old French “deservir”, which in turn gave us “deserve” in English around the 13th century.