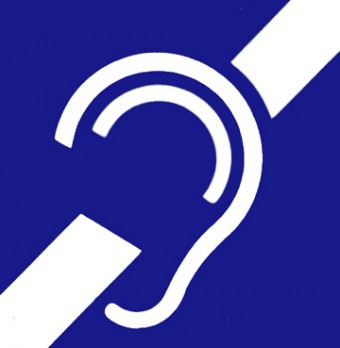 Today I found out how deaf people think in terms of their “inner voice”.  It turns out, this varies somewhat from deaf person to deaf person, depending on their level of deafness and vocal training.

For those deaf people who are not completely deaf or wear devices to allow them to hear somewhat, they will often experience more vocal language in their “inner voice” in proportion to how much they can hear.

Interestingly, deafness is significantly more serious than blindness in terms of the effect it can have on the brain.  This isn’t because deaf people’s brains are different than hearing people, in terms of mental capacity or the like;  rather, it is because of how integral language is to how our brain functions.   To be clear, “language” here not only refers to spoken languages, but also to sign language.  It is simply important that the brain have some form of language it can fully comprehend and can turn into an inner voice to drive thought.

Recent research has shown that language is integral in such brain functions as memory, abstract thinking, and, fascinatingly, self-awareness.  Language has been shown to literally be the “device driver”, so to speak, that drives much of the brain’s core “hardware”.  Thus, deaf people who aren’t identified as such very young or that live in places where they aren’t able to be taught sign language, will be significantly handicapped mentally until they learn a structured language, even though there is nothing actually wrong with their brains.  The problem is even more severe than it may appear at first because of how important language is to the early stages of development of the brain.  Those completely deaf people who are taught no sign language until later life will often have learning problems that stick with them throughout their lives, even after they have eventually learned a particular sign language.

It is because of how integral language is to how our brains develop and function that deaf people were once thought of as mentally handicapped and unteachable.   One can see how observing someone who can’t communicate due to lacking any language and who lacks much self awareness might appear this way.  However, in recent history, up until the 1970s, it was still thought that deaf people were somehow mentally handicapped.

How could this be when they had various sign languages and even vocal training to allow their brains to develop and function properly?  Well, the problem stemmed from the fact that in the 1880s it was decided that deaf people should not use sign language; rather, they should be forced to use spoken language almost exclusively.  This seems reasonable enough on the surface as deaf people are fully capable of learning spoken language and this would allow them to more completely integrate into the hearing world.  The problem with this was only recently discovered and indeed many of the negative implications are only just now being understood.

It turns out, completely deaf people who are forced to use only spoken language are only slightly better off than those who know no language, in terms of their brain functions.  Recent research has shown the brains of the completely deaf never fully associate spoken language in the way sign language gets ingrained in their brains as a language; principally they never develop an “inner voice”, which is necessary for our brains to process information.

They do gain significantly more sense of self and better memory and the like over those who have no language, but in this state, they will never fully reach their brain’s potential as in when they learn sign language.  “There is still a lot of debate over what are the minimal levels of exposure needed to stimulate the language centers. But it is clear that deaf children need early experience of some sort of language if they are going to be good communicators in later life,” says Professor David Wood, a leading deaf educationalist at Nottingham University.

Because of these findings, the “oralist” method of teaching the deaf that had endured for just under 100 years is being rapidly phased out in favor of a “bilingual” education where sign language is taught as early as possible and vocal language is taught as a sort of secondary language.  “Bilingualism is still very much a hot potato. We have come in for a lot of flak and been accused of pushing deaf children into a signing ghetto. Yet the deaf had a big price to pay when the old methods failed. Not only could they not communicate, but they were left without a code to think in. We can no longer ignore what the research tells us,” says Miranda Pickersgill, chief of deaf services for Leeds Local Education Authority.