The Mathematical Volume of a Pizza is Pizza 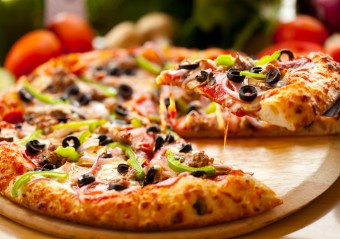 On a different note, three statisticians go out hunting together. After a while, they spot a solitary rabbit. The first statistician takes aim and overshoots; the second aims and undershoots; the third shouts out “We got him!”

And now something to tickle your punny bone: