How the Game “Poker” Got Its Name 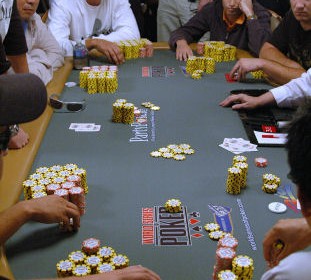 Danimal27 Asks: Why is Poker called Poker? The card game “Poker” first was called such around the early 19th century.  Despite this happening fairly recently, it isn’t directly known how Poker got its name, but there are two leading theories that more or less coalesce into one very probable origin. The first theory is that it came from the name […]