Why Do Steroids Make Balls Smaller and Does the Same Thing Happen to Women’s Ovaries? 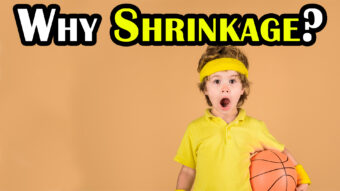 If you ever won a competition, chances are high that you want to do it again. So, if someone offers you an edge, temptation is high to use it, no matter the cost. May it be a drink from the gods or an injection by your coach – over the centuries there were a lot of things people used to enhance their performance. Enter steroids. But as with all drugs, these also come with some not so desired effects, which brings us to the topic of the hour- Why Do Steroids Make Your Balls Smaller? And does the same thing happen to women’s ovaries?

To understand the answer to those questions, we must first look at what exactly steroids are and how they affect the body. To begin with, steroids are part of the huge family of lipids. We know them best for their function as a storage for energy but without lipids not a one of us would be sitting here, as one of their main functions is as structural components in the cell membrane. But lipids are also used as molecules which transfer signals in a body.

For the topic at hand, we are only going to look at one molecule – cholesterol. While most people have only heard of cholesterol for potential clogging your arteries until you go belly up, among other things, it’s also the starting substance if you want to make a certain class of hormones – Steroid hormones to be exact.

Hormones are nothing else but chemical messengers your body is using to control organ function and metabolism. Cholesterol can be metabolized into different steroid hormones – depending on where in your body the reaction takes place, different types of steroid hormones are synthesised: in the cortex of the suprarenal gland, the ovaries, the placenta or in the testicles – and yes, we will get back to your balls soon. So hold tight…

So which hormones derive from cholesterol? There are the glucocorticoids – you might know its most important representative: the stress-hormone Cortisol. Then there are the mineralocorticoids which regulate the salt and water balances in your body – their primary representative is aldosterone. And then – drumroll please – there are the male and female sex steroids. Primary function of the sex steroids or sex hormones is the development of sexual characteristics – they basically decide your sex in your mother’s womb and then hit again quite hard during puberty.

But what has all of this to do with doping? In a word- testosterone.

Testosterone, as the primary androgen or male sex hormone, has two main effects: Virilization and Anabolism. It is responsible for maturing the male sex organs before birth and the appearance of the secondary sex characteristics during puberty, but one of its effects is also the growth of muscle mass and strength.

That’s also, of course, the reason why in sports there are often different sports leagues for men and women. Before a child hits puberty there is no real significant sex difference in athletic performance, but as circulating testosterone rises in males, so does their physical advantages in strength, speed, and endurance. These account for at least an 8% to 12% ergogenic advantage in men.

This brings us back to your balls.

The observation that there is a connection between certain characteristics and behaviours and the testicles is very old. First castration of cattle and sheep took place during the Neolithic period when humans first started farming. Fast-forward to the end of the 19th century and the British physiologist and neurologist Charles-Édouard Brown-Séquard started to self-inject a secretion from the testicles of freshly killed guinea pigs. He argued that these auto-injections resulted in a rejuvenated body and an increase in strength. Although the amount of testosterone in these injections was probably too small to show any effects, he was, essentially, the first human trying to dope himself with anabolic steroids.

The German physician and pharmacologist Ernst Laqueur was already part of a group who first described the female sex hormone estrogen. Next, he successfully isolated testosterone from the testicles of a bull in 1935.

From here, the misuse of testosterone in professional sports started around the mid-20th century by Russian weightlifters. During the 1954 World Weightlifting Championships in Vienna, Austria, John Ziegler, a doctor accompanying the U.S. team, managed to get the secret out of the USSR’s team doctor – over some vodkas, of course. Back in the U.S. he started to experiment with testosterone, first trying it out on himself, then on some athletes. Accounts of the early successes vary – some say testosterone had no effect, others say that they gained a lot more strength than was expected from their training regime. The Doc kept on experimenting and started to develop a synthetic substance that was similar to testosterone but without its negative side-effects, or at least, lessoned side-effects.

The drug was marketed in 1958 under the name Dianabol and was intended to be used on severely debilitated patients like burn victims where it could be used to help build up muscle with only a minimum of activity. But Doc Ziegler also started some of his weightlifters on the new drug. As the results on patients were great, his intention was to see what the drug could do to healthy, well-conditioned athletes. The doses regimen he used was very low compared to what athletes used later on, but still the results were outstanding.

From there the abuse of anabolic steroids spread, first in professional sports but from the 1980s, also into the general population – either to improve athletic performance or simply often used by young men to improve personal appearance. In fact, according to the U.S. National Institute on Drug Abuse, the biggest group misusing steroids are male non-athlete weightlifters in there 20s or 30s.

But why is it so bad to use these drugs? To begin with, people who misuse steroids often use dosages that are 10 to 100 times higher than the doses which are usually prescribed for medical conditions. As side-effects are usually dosage-dependent that makes things even worse.

Long-term effects include kidney problem up to kidney failure, liver damage and tumors, enlarged heart, high blood pressure and changes in blood cholesterol all of which increase the risk of stroke and heart attack – even in young people. And if that wasn’t bad enough, also the risk of blood clots increases. In men, sperm counts also decrease, they go bald, develop breasts, have an increased risk of prostate cancer, and, of course, then there are the balls.

So let’s look at your balls shall we?

Why are they shrinking when using steroids? Hormones in our bodies are very tightly controlled. For testosterone that means that first very specific things must happen in your brain for them to be released. The Hypothalamus is one of the most important regulatory centres for certain metabolic processes. All starts with Gonadoropin-releasing hormone (GnRH) being secreted there. GnRH then stimulate the release of Follicle-Stimulation Hormone (FSH) from another part of your brain – the Pituitary gland. FSH effects the testicles so they secrete testosterone. Once testosterone is released it reports back to your brain and your brain knows to tone down their production of GnRH and FSH.

But what about women? Does testosterone even have an effect on them? And if they use it, do their ovaries shrink as well?

First things first, yes testosterone has the same effects on woman as it has on men. It’s just that the ladies’ testosterone level is much, much lower than it is in men – usually around 15-times lower to be precise.

Also, if you thought that sex hormones are only produced in your sex organs – wrong again. Testosterone and estrogen also are both synthesised in the adrenal gland – to a lesser degree of course and estrogen is also produced by fat tissue.

Even if a woman takes testosterone, her ovaries still have a job to do, so they don’t start shrinking. But think back to what are the two functions of testosterone: anabolism and virilisation. So, the women will gain muscle mass but her body will also become more male-like in certain other aspects. Common side effects in women taking steroids include growth of facial hair or excess body hair, decreased breast size, male-pattern baldness, changes in or even stop in the menstrual cycle, enlarged clitoris and deepened voice. Some of these effects are permanent, so they persist even when the woman stops taking testosterone.

Incidentally, one more side effect of testosterone we haven’t talked about affects specifically young people taking testosterone. If you are a teen and taking testosterone before your growth spurt, you will end up with stunted hight or even if you only start taking it after the growth spurt your growth will still be lessened. As to why, when the sex hormones hit a certain level it also signals the body that it is time to stop growing. If you rise that hormone level artificially earlier than your body would have done, your body also reads this signal in this and just stops growing. Unfortunately, this is also a permanent effect because stopping to grow means that a part of your bones which was cartilage until that point reforms into bone material. But this cartilage is necessary for a bone to keep growing. Once the ossification – making cartilage into bone – is done there is no way back and even if the use of testosterone is stopped there will be no more growth spurts

Women suffering form polycystic ovary syndrome are overrepresented in elite sports. Even though you might never have heard of this condition, it is the most common endocrine disorder among women aged 18-44 and the most common cause of infertility due to lack of ovulation. Polycystic ovary syndrome leads to mild hyperandrogenism – there is a hormonal imbalance with a little more testosterone in women with this condition than in the general female population. Even though their testosterone levels are still much lower than the testosterone levels in men, this mild increase in some cases is enough to give these women an edge over other women in sports competitions – thus leading to them being overrepresented in athletics.

The clitoris and the head of the penis start out from the same tissue during embryogenesis. If you are very observant you can even see or feel that when a woman is sexually aroused the clitoris as well as the small labias are also swelling similar to the erectile tissue in the penis. Unsurprisingly from this, as the tissues have a similar origin, testosterone has an effect on the clitoris and in the presence of higher than usual levels of testosterone in a woman, the clitoris becomes enlarged, sometimes extremely so, strongly resembling a small penis in some extreme cases.