March 12, 2019 Karl Smallwood
James H. asks: How realistic is the idea presented in video games of shooting explosives to set them off? 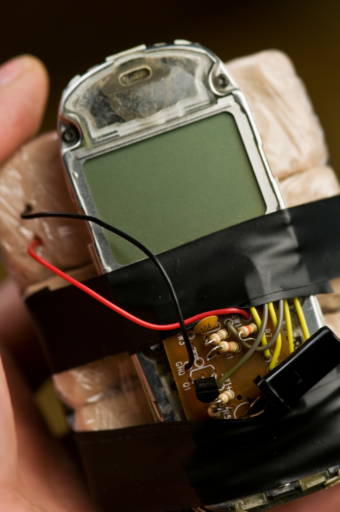 Given that their main and really only purposes is violently exploding, you might be surprised to learn that most explosives utilised by the military are shockingly stable. So much so, in fact, that, contrary to what is often depicted in movies and video games, plastic explosives like C-4 won’t explode if you shoot them or set them on fire. In fact, C-4 won’t even explode if you shoot it while it is currently on fire.

Indeed, beyond the benefit of being able to shape the explosive in a variety of ways to accomplish a given destructive goal, one of the main reasons plastic explosives like C-4 are utilised so extensively by the military is precisely because they are largely inert and can be handled without specialised equipment.

Further, creating C-4 is noted as being a relatively simple process that involves mixing a plasticizer with a conventional explosive (in this case usually cyclotrimethylene-trinitramine, often referred to as “RDX” or “Royal Demolition Explosive”- or for the non-Brits “Research Department Explosive”). While exact ratios vary somewhat, for reference in its C-4 the U.S. military currently uses a mixture of 91% RDX, 5.3% of the plasticizer dioctyl sebacate, 2.1% of the synthetic rubber Polyisobutylene, and 1.6% mineral oil or, for civilian use, motor oil, giving such C4 its telltale odor of, well, motor oil.

Commonly likened to ordinary modelling clay in texture and consistency, C-4 and most other plastic explosives can be shaped, stored and molded just as easily. The key difference being that, unlike modelling clay, a mere half kilogram of C-4 can turn a typical vehicle into a pile of scrap metal. The key to making this happen, though, is attaching some form of blasting cap.

As the name suggests, these blasting caps rely on a smaller, controlled explosion which will in turn cause the explosive components within the C-4 to go off, resulting in the C-4 producing a wave of gasses, including nitrogen and carbon oxides, that rapidly expand out at upwards of 18,000 mph. So fast is this effect that it actually creates something of a temporary vacuum around the core blast area. This results in a second, much less violent, wave of air collapsing in on the vacuum after the initial blast.

Not keen to just rely on theory, the US Army has conducted countless sensitivity tests on C-4 and other plastic explosive compounds, shooting them with bullets of varying calibres and even putting them within feet of things like hand grenades to see if that explosion or subsequent shrapnel could set the C-4 off.  The Army has even conducted tests to see if things like fire will cause C-4 to explode, all with little effect. In fact, it turns out C-4 not only remains stable while on fire but it actually burns quite slowly, making it a good fire starter if you don’t mind the poisonous fumes.

While you might think soldiers would be scared to use this compound in this way, both because of perhaps worrying about an accidental explosion or from the noxious gasses given off, amazingly, during the Vietnam war using small chunks of C-4 as tinder to light campfires, or even as the sole source of the fire itself, was indeed a thing many soldiers did, despite military brass advising against it owing to the poisonous gasses given off.

Further, beyond its use as an explosive, fire starter, and badass modeling clay, it turns out that when eaten in extremely small amounts, C-4 is known to produce a mild high likened to being drunk, something soldiers in Vietnam also took advantage of.

It’s probably worth mentioning at this point that when consumed in anything other than extremely tiny quantities, C-4 can cause a host of health problems, as noted in a case study published in the Journal of the Royal Society of Medicine in 2002 where a soldier decided to swallow about a cubic centimeter of the substance… Potential resulting complications of mimicking this moronic act include “generalized seizures, lethargy, coma, muscular twitching, hyperreflexia, myalgias, headaches, vomiting, mild renal injury and haematuria (blood in your pee)”

Back to the extreme stability of C-4- as they often do, the show Mythbusters took the idea of testing this to its logical extreme, shooting a piece that was currently on fire with a high-explosive incendiary round. The C-4 stubbornly refused to explode even then, despite the incendiary round giving a nice little blast on impact.

There is one caveat to all this, however. It turns out there is a way to set off C-4 by shooting at it. How? While there are a variety of designs for blasting caps, some may be set off via being hit with a bullet, thus providing the needed energy to cause the C-4 itself to explode. Why this is an extremely unlikely scenario in the real world is because these blasting caps are typically very small (think a half used pencil) and anyone trying to shoot at them would presumably want to be a fair distance away just in case they were successful.

This all becomes an even less likely in real world scenarios given that you don’t put the blast cap in the C-4 until you yourself are preparing to actually make it go boom.

So, in the end, while there are certainly many unstable explosives that will happily release their destructive power if you were to shoot them, it turns out plastic explosives and pretty much the majority of explosives used by militaries and for industrial use the world over are almost always shockingly stable precisely because these organizations aren’t keen on deploying explosive devices that might go off unexpectedly.