May 13, 2018 Dusti
This is a weekly wrap of our popular Daily Knowledge Newsletter. You can get that newsletter for free here. 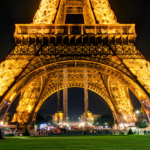 Stealing the Eiffel Tower
In this episode of The Brain Food Show podcast, we discuss that time a man managed to successfully sell the Eiffel Tower… even though he didn’t own it. We also lament the lack of awesome World’s Fairs in modern times only to subsequently discover they are actually still a thing… 😉 And finally we wrap up discussing the fascinating list known as the “10 Commandments for Con Men”. On another note, if you could do us a huge favor and rate and review this show in whatever…(more) 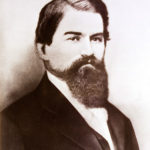 The sickly sweet sugar water known as Coca-Cola was initially marketed as a magical cure-all tonic for every kind of “nervous affliction” imaginable from headaches to hysteria- a condition that, fun fact, used to be treated in women through medically administered orgasms. This ultimately led to the creation of vibrators to help out the no doubt cramped handed doctors who just didn’t have the stamina to keep up with the countless hysterical women banging on their doors…(more) 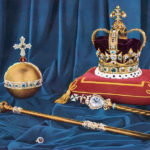 The crown jewels are a collection of historic and obscenely valuable relics closely associated with the British monarchy. For centuries these golden, jewel-encrusted trinkets have been kept under the watchful eye of burly guards in the Tower of London. And to doubly deter thieves, historically the punishment for attempting to steal them was death… something Thomas Blood thumbed his nose at when he waltzed right into the Tower of London and tried to steal them in 1671. A charismatic and likeable man who reportedly had oodles of Irish charm and a razor sharp wit…(more) 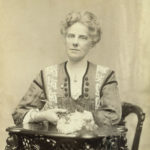 Most moms are pretty great, so great in fact that in the early 20th century a woman called Anna Jarvis campaigned tirelessly to recognise them on a national scale- a decision Jarvis would later come to regret culminating in her more or less dedicating her life and life’s savings to destroy the Frankenstein’s monster of a holiday the greeting card industry molded her creation into. First celebrated on May 10, 1908, the first official Mother’s Day was a somewhat sombre affair marked by a touching speech given by the aforementioned Anna Jarvis in memory of her late mother…(more) 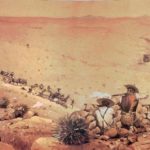 The story behind what came to be known as the Wham Paymaster robbery began on the morning of May 11, 1889 when a U.S. Army paymaster called Major Joseph Washington Wham was charged with transporting a lockbox containing the salaries of several hundred soldiers across the Arizona desert from Fort Grant to Fort Thomas located some 50 miles away. All in all the lockbox contained $28,345.10 in gold and silver coins worth the equivalent of about $784,000 today. Tasked with protecting the contents of the lockbox, Paymaster Wham’s convoy included 9 Buffalo Soldiers of the 24th Infantry and…(more)

Growing a You Tube Channel

In this episode of The Brain Food Show, we cover a myriad of tips and tricks to help grow a YouTube channel and maximize the odds of being successful in that space, including covering elements of the YouTube algorithm, thumbnail design, etc. Much of this talk was gleaned from interesting things we learned at VidCon Amsterdam, and particularly from the various talks given by Matt and Stephanie Patrick from the hugely popular Game Theorists channel. On another note, if you could do us a huge favor and rate and…(more) 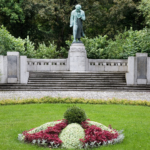 The result of years of work and representing the absolute pinnacle of Beethoven’s skill as both a composer and musician, Symphony No. 9 is widely considered one of the single finest pieces of music ever created- a fact made all the more impressive when you consider Beethoven himself was completely deaf when he finished composing it in 1824, with its debut performance occurring at the Theater am Kärntnertor in Vienna on May 7, 1824. Wanting to go out with a bang, Beethoven saw to it that the orchestra performing his masterwork was one of the largest ever seen by the city. As an idea of just how large the group Beethoven assembled was, it’s noted that not only did Beethoven require the entire…(more) 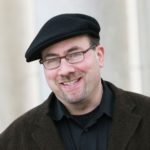 Who Is Craig From Craigslist?

Craig Newmark is the Craig of Craigslist whose estimated net worth as of 2010 was around $400 million. This is in direct contrast to his financial wealth during childhood, where his mother struggled to support Craig and his brother, Jeff, after the death of their father. Craig Alexander Newmark was born on December 6, 1952, in Morristown, New Jersey, to Joyce and Lee Newmark. Lee worked as an insurance salesman but after his death, Joyce had to move her two sons into an apartment. Craig was only thirteen years old when his father…(more) 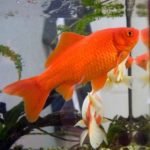 In fact, goldfish actually have very good memories for fish. They can be trained to respond various ways to certain colors of light; different kinds of music; and other sensory cues. Not only that, but they seem to be able to remember things they are taught as much as a year later. Researchers have successfully taught goldfish to play fetch, push levers, do the limbo, and even play soccer. If they are fed around the same time of day, they also remember that and will anticipate the feeding leading up to that time, which implies they have a very good sense of time. Goldfish also have been shown to be able to recognize their..(more)