September 18, 2016 Dusti
This is a weekly wrap of our popular Daily Knowledge Newsletter. You can get that newsletter for free here. 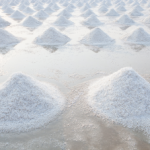 Is the Ocean Getting Saltier?
Most sea salts come from water-caused erosion, whereby rivers ultimately carry the dissolved salts to the oceans. Absent a few key processes, the ocean’s salinity would continuously increase; however, there are several mechanisms, called “salt sinks,” that help remove salts from the oceans at pretty much exactly the same rate as they are added. One major sink is thanks to the evaporation of water. Once the seawater evaporates, the salt concentration increases. How does that remove salt from the water? Ultimately the water will become supersaturated in certain places and no longer capable of keeping all the salts dissolved, resulting in the formation of evaporite deposits in the sediment that eventually cement into sedimentary rocks…(more) 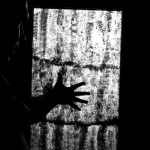 The Curious Case of Alien Hand Syndrome
Although modern medicine has made tremendous advances in many areas, even mapping the human genome, there remain aspects of human health that continue to elude our full understanding. Alien hand syndrome is one of these puzzles- with its sufferers having one of their hands, usually the non-dominant one, acting as if it has a mind of its own. Many of us have seen people with this condition, albeit on the big screen. In the campy 1935 horror film, Mad Love, deranged surgeon Peter Lorre replaces a pianist’s hands with those of a knife-throwing murderer, and the hands take over. More recently and more well known, in Dr. Strangelove or: How I Learned to Stop Worrying and Love the Bomb (1964), Peter Sellers in the eponymous role repeatedly and compulsively fights to keep his right arm from striking a Nazi salute…(more) 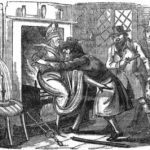 The Truth About Dick Turpin

Richard Turpin, better known by his nickname, Dick, was a legendary highwayman who stalked the English countryside. A century or so after his death by hanging in 1739, Turpin was idealized as a dashing rogue or gentleman thief type in a multitude of supposedly factual stories purportedly based on his life. In reality, he was not exactly dashing, with a face covered in pox scars. More importantly, far from being a lovable rogue, Dick Turpin was kind of, well, a dick (see: Why Dick is Short for Richard). Further, many of his supposed “feats” were actually gleaned from the lives of less well-known highwaymen, most notable, Swift Nick Nevison. Compared to the ruthless Turpin, Nevison was practically a gentlemen who, while still very much a scoundrel compared…(more) 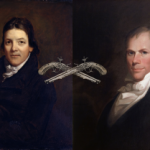 It was a beautiful spring day on the banks of the Potomac River in 1826 when Secretary of State Henry Clay and Senator John Randolph of Roanoke counted paces, cocked their guns and prepared to fire at one another. The two notable American politicians were engaged in an illegal duel that, by nearly all accounts, should have never happened. Shots rang out, but the duel ended with neither harmed. Thus, it earned the moniker “The Duel That Wasn’t.” Here’s how this odd moment in American history came to pass. In 1826, Henry Clay was one of America’s most well-known politicians. Starting his career as a flamboyant Kentucky lawyer with a knack for courtroom oratory, he was elected to Kentucky’s House of Representatives at only 26 years old. Three years later, he was asked to serve as Senator when the previous one resigned. He took the job in 1806, despite the fact that he didn’t meet the constitutionally eligible age of 30. Fortunately for Clay, no one seemed to notice (including, reports say, Clay himself). He rose through the ranks to become Speaker of the House…(more) 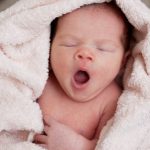 Why Do We Yawn

Babies, dogs, cats, birds, mice, rats and even snakes yawn, and some of us were even doing it in the womb. Although for thousands of years the reason has remained elusive, recent scholarship may have uncovered the truth as to why we yawn. When a person yawns, the stretching of powerful jaw muscles increases blood flow in the head, neck and face and also sends cerebrospinal fluid downward, away from the brain. Likewise, during a yawn the walls of the sinuses flex, and when combined with the wide opening of your gaping maw, together they draw large quantities of air in through the nasal cavities, mouth and sinus passages…(more) 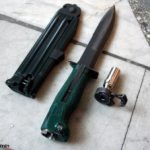 As the general rule goes, you should never bring a knife to a gun fight… unless of course that knife happens to be an NRS-2, a knife that also just so happens to have a gun built into the handle. Designed in early 1980s for Spetsnaz troops, the NRS-2 is still used today by some members of the Russian special forces. The origins of this peculiar firearm can be traced back to the 1970s when engineers working at the Tula arms factory were tasked with creating “a close combat weapon for army reconnaissance units“. Under the oversight of designer, R. D. Khlynin, an early precursor to the NRS-2 known, interestingly enough, as the NRS, was developed that made use of the recently created SP-3 ammunition. These are specialised “silenced” bullets that had been developed during the Cold War period especially for spies and special forces units operating…(more) 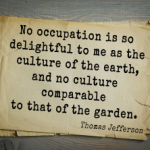 We know him as the man who penned the Declaration of Independence, President of the United States and advocate for the separation of church and state. But Thomas Jefferson’s impact on America goes far beyond simple politics. He was an inventor, a philosopher, a bookaphile and an architect. He was also a food connoisseur. Drawing from his time as French minister and his love of gardening, he helped significantly expand Americans’ palate. Here’s how the United States’ third president became the county’s “First Foodie.” Jefferson learned how to oversee a farm at a young age. He was born on a 1,200-acre plantation and homestead that his father, Peter Jefferson, owned called “Shadwell,” which was named after the London parish where his wife (and Thomas’s mother) was born. In 1757, when Thomas was only 12, Peter Jefferson died. He left the land to his sons…(more) 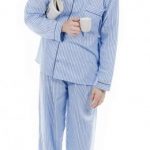 Anyone who has ever tried to reason with a sleepwalker knows they can seem to be awake, yet have bizarre and irrational behaviors. Stubborn during the best of episodes, and inconsolable, unreasonable and intense in the worst, it is not hard to imagine these walking dreamers acting out nightmares, and unintentionally turning violent. In fact, the sleepwalker’s lack of intent has been used successfully as a defense in several shocking murder trials over the years. What is Sleepwalking?
Arising during deep sleep, sufferers can perform even complex tasks, and some have been known to leave their homes and even to drive a vehicle. Common symptoms…(more)