September 24, 2016 Dusti
This is a weekly wrap of our popular Daily Knowledge Newsletter. You can get that newsletter for free here. 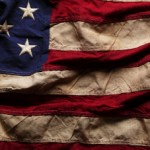 Why Doesn’t the United States Use a Popular Vote to Determine the President?

On December 13, 2000, Vice President Al Gore conceded the presidential election to Governor Bush. A day earlier, a lengthy and expensive manual vote recount process in Florida was stopped by the United States Supreme Court despite Bush leading by only 537 votes. With Bush winning the state’s 25 electoral votes, it gave him 275 electoral votes and put him over the needed threshold. This election result was highly unusual, not just because of Supreme Court decisions and hanging chads. It was also only the fourth time in United States history that a candidate had garnered a majority of the popular votes but lost the election- Gore received 50,996,582 votes and Bush 50,456,062. Bush won because of the Electoral College system – a much maligned and complex way of determining the future leader of America. How does it work? Why does America use the Electoral College? Why isn’t a simple vote count good enough to determine the president…(more) 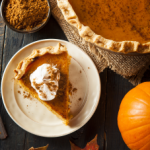 That Time Pi was Almost Changed to 3.2

The immutable ratio of the circumference of a circle to its diameter, pi, is, and always has been, 3.1415926 . . . ad infinitum. However, in the winter of 1897, the Indiana State legislature nearly changed this mathematical constant with a civil law.  The ridiculous story starts with amateur mathematician Edward Goodwin who, in 1894, believed he had finally solved the age old mathematical problem of “squaring the circle” (i.e. find a square with the same area as a given circle using a straight edge and a compass. )
Intending to copyright his proof, Goodwin, a philanthropist, wanted to ensure that Indiana schools could use it for free in their textbooks. Somehow, he persuaded Indiana State Representative Taylor I. Record of Posey County to introduce a bill on January 18, 1897, that also stated…(more) 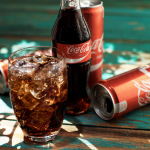 Conceived in early 1990, the MagiCan campaign was supposed to be the spearhead of a massive summer promotion the cola giant dubbed “Magic Summer ’90”. In a nutshell, the promotion involved hiding cash prizes ranging from $5-$500, as well as some other goodies such as coupons for free Coke, inside of 750,000 of the several hundred million cans of Coke that would be distributed during the summer. As part of the campaign, Coke created (and patented) a unique mechanism that, as soon as the can was opened, would eject the prize inside via a spring loaded mechanism. Coke dubbed the cans “MagiCans”. In order to ensure people didn’t end up with water-logged prizes, the part of the can containing the aforementioned mechanism was sealed off and the reservoir that was left was filled with chlorinated water to make the weight of the can approximately the same as a normal full can of Coca-Cola….(more) 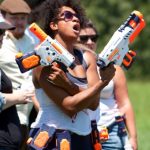 The modern, multi-coloured plastic water guns are a familiar sight, and you probably wouldn’t be surprised to find out they’ve been around for a while. That said, it might surprise you to learn that records show they likely pre-date the American Civil War, at least in some form or another. Back in 1861, Abraham Lincoln called for 75,000 volunteers to fight in the war. Boys were scrambling over each other trying to enlist first for fear that they might miss the conflict. They were doing the same thing in the South. William Tecumseh Sherman didn’t think that Lincoln’s estimate about how many men they’d need was adequate, and is quoted as saying, “Why, you might as well attempt to put out the flames of a burning house with a squirt-gun.” Savour that image of Abe running around in his top hat…(more) 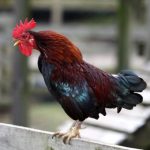 Next to the bark of a dog or the gentle meowing of a cat, the crow of a rooster is one of the most recognisable animal noises on Earth; but why exactly do roosters feel the need to crow and is there any truth to the idea that they crow more (or only) in the morning?Surprisingly, although chickens are one of the most ubiquitous (and delicious) animals on the planet, it wasn’t until 2013 that scientists definitively answered these questions. First and foremost, it’s important for us to point out that roosters will crow at all times and in response to a range of seemingly innocuous stimuli, like the sound of a car or someone walking into their coop. This is because the crow of a rooster serves several functions. Along with…(more) 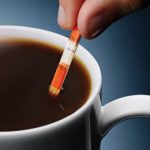 How Decaffeinated Coffee is Made

Today I found how caffeine is removed from coffee to produce the decaffeinated version of the world’s most popular drink. There are several different methods used that can make coffee relatively decaffeinated. The drawback (or advantage, depending on your preference) of all of these methods is that they generally make the coffee flavor milder due to caffeine being one of the components which gives coffee its bitter, acidic flavor. The general decaffeination processes includes soaking the still green coffee beans in hot water (160-210 degrees Fahrenheit) and then some sort of solvent or activated carbon is used to extract/dissolve the caffeine. The solvents typically used are methylene chloride or ethyl acetate. Unfortunately with this process, the first batch of beans loses most of its flavor to the water and is often thrown out. However, once the dissolving liquid is saturated from the first batch, the subsequent batches retain much of their flavor. In some methods, the coffee beans from the first batch will be re-soaked in the water…(more) 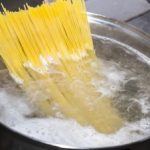 We’ve all done it: you put the pasta on to boil, turn your back for a few minutes to wipe off the counter or read the newest Today I Found Out article, and suddenly you hear that foreboding hissing sound of water boiling over. (Perhaps if you simply subscribed to our Daily Knowledge YouTube Channel and been listening instead, you’d have avoided this issue.  You really have only yourself to blame. So why does it happen? It has everything to do with the composition of pasta. Pasta is made from flour, water, and sometimes egg—that means it’s basically just starch and protein rolled out into different shapes and dried. It’s the starch molecules that are important. Once they’re heated in a moist environment—like your pot of water—the starch will absorb more and more water until it finally bursts. That sends little starch molecules into your water, resulting in…(more) 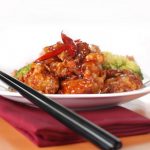 Most of us know the name “General Tso” from the delicious and ubiquitous chicken dish available from Chinese restaurants across the United States. Yet, before Americans were introduced to tangy, spicy, saucy Chinese fried chicken, there was a powerful general and respected leader that helped run China. Zuo Zongtang, born on November 10, 1812 in Wenjialong in Hunan province, early in life, Zuo Zongtang (Tso Tsung-t’ang in the Wade-Giles Romanization system) had hoped to become a civil servant. He studied Western culture, science and political economy, but he repeatedly failed the civil servant exam. At one point, he even considered pursuing the quiet life as a silkworm farmer for his livelihood…(more)