July 10, 2016 Dusti
This is a weekly wrap of our popular Daily Knowledge Newsletter. You can get that newsletter for free here. 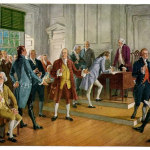 The Declaration of Independence Was Approved on July 2nd And Signed on August 2nd, So Why Is July 4th Independence Day?

While it is often said that the Declaration of Independence was signed on July 4, 1776, this isn’t actually correct. In fact, nobody signed it on the 4th. This is contradictory to Thomas Jefferson’s, John Adams’, and Benjamin Franklin’s account of events. On top of their accounts, the public congressional record of events back their story. So how do we know it didn’t happen this way? To begin with, the Secret Journals of Congress that were eventually made public in 1821 paint a different story. They contain an entry stating, on August 2nd: “The declaration of independence being engrossed & compared at the table was signed by the Members.” Now if this was the only evidence, one might lean towards a typo in the journal and…(more) 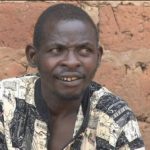 In 1991 Millie Sseba was gathering firewood in the jungle near her village, when she came across a group of monkeys. One, in a tree, looked particularly odd. She looked closer…and saw that it was a human boy. She ran back to her village and returned with a group of men who, after battling the monkeys, were able to capture the boy. They took him to their village and cared for him. He was badly malnourished, covered with sores, and had tapeworms. A few weeks later, he was taken to Paul and Molly Wasswa, a Ugandan couple who run an orphanage for destitute children. The boy was soon identified as John Ssebunya, the son of a man and woman who used to live in a nearby village. The story of what had happened to him began to be pieced together. John himself was able to add to it when he eventually learned to speak. About a year before he was found with the monkeys, at the age of three or four (nobody knows his exact age), John saw his father shoot and kill his mother. He fled, fearing he would be killed…(more) 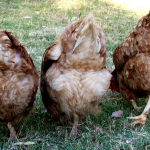 The Origin of the Expression “Guess What? Chicken Butt!”

An appropriate response to nearly any rhetorical playground question from “What’s up?” to “Guess what?”, “chicken butt” has been an important part of the childish lexicon for many decades. The retort’s origins are usually speculated to have come from a practice common to street merchants when they would call out what they were offering and how much it cost. One particularly delicious item was advertised as: Chicken butt! Five cents a cut! Butt, in this sense didn’t mean the back end of the bird, but, rather, its shoulder. A long time ago, butchers would pack less desirable cuts, like shoulders, into barrels, either to store them or ship them. Barrels like these had been called butts since the late 14th century, after the Modern French word for a barrel or wineskin, botte and the Latin buttis (for cask). Over time, the term was applied to the cuts of meat within…(more) 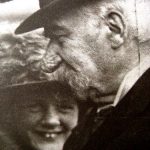 John “J.P.” Morgan is a name synonymous with business. A man who was so respected and influential in the spheres of business and finance that the appearance of the guy on the Monopoly board, Rich Uncle Pennybags, is thought to be based on him. But rather than talk about how Morgan accumulated his truly vast amount of wealth, how he was such a powerful force in the world of finance that he once rescued the United States government from bankruptcy in 1893; or that time in 1907 when he managed to stop cold the Wall Street Panic of 1907 which might have otherwise plunged the U.S. into a Depression (and the result of which inspired the creation of the Federal Reserve System, for when someone like J.P. Morgan wasn’t around to fix the situation); or that time he financed Thomas Edison in the invention of a commercially viable light bulb and helped form General Electric; or any of the other of his countless history changing business conquests, no, we’re going to talk about something much less well known about this admiral of industry- his giant nose. Now given the list of accomplishments attributed to Morgan…(more) 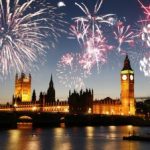 The Fourth of July, New Year’s Eve, and numerous other celebrations across the globe wouldn’t be what they are today without fireworks. It turns out that we owe our fascination with the pyrotechnic displays to ancient Chinese pyromaniacs. Sometime between 600 and 900 A.D., a few alchemists, hoping to concoct an elixir that would make them live forever, instead found an early form of gunpowder. They mixed charcoal, sulphur, and a few other ingredients with potassium nitrate—back then, known simply as a food seasoning. The effect was, well, explosive. The Chinese started putting the mixture into bamboo shoots, something of an early form of a pipe bomb, and throwing them into the fire, which produced a loud blasting sound. After the first fireworks were invented, they were marketed to people of all walks of life. During the Song Dynasty (960-1279), a mere hundred or so years after the invention of fireworks…(more) 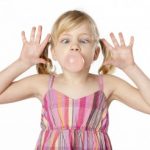 It Does Not Take “7 Years” to Digest Gum

“Don’t swallow your gum! It’ll take seven years to digest it!” If you chew gum, chances are you’ve been told that it’s dangerous to swallow it. You’ve probably even heard horror stories about giant wads of chewing gum hanging around in your gut for as many as seven years. Where this bit of folk wisdom originated is unclear, but the good news is that chewing gum won’t remain in your system for seven years, and likely not even seven days, if you swallow it. Nor will it stick to your insides. In fact, you’ll probably be rid of it in a day or two. Manufactured chewing gum became widely available to the U.S. population in the mid-19th century. Despite the popularity of gum through the generations, it enjoys a fairly harmless record when it comes to the human digestive tract. If gum did take seven years to digest, medical imaging tests like the MRI and procedures like endoscopy and colonoscopy would routinely turn up instances of old gum…(more) 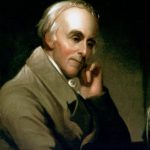 56 men signed the Declaration of Independence in the summer of 1776. Among them were many of the most notable figures in American history, including John Adams, Thomas Jefferson and Benjamin Franklin. While there are certainly names on that list that the average American wouldn’t recognize (like Stephen Hopkins, who’s less famous than his cousin Benedict Arnold), there is at least one on there that every citizen should know, but many don’t: Benjamin Rush. Beyond simply signing the Declaration of Independence, Rush was a war veteran, a passionate abolitionist, an advocate of public education, a controversial but extremely significant physician, a critic of George Washington and an early proponent of considerate treatment of mental illness. Here’s the story…(more) 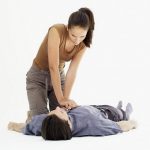 CPR Does Not Require “Mouth to Mouth”

Myth: Proper CPR technique should include frequent use of “mouth to mouth” in between compressions. In fact, the 2010 guidelines set out by the American Heart Association (AHA) do not recommend breathing for someone while performing CPR (and not for your health, as you might think, but for the person experiencing cardiac arrest’s chances of survival). If you’re a person who was trained in CPR a long time ago, you might be familiar with the once staple “15 chest compressions then 2 breaths”. If you followed the 2005 guidelines, then you’re familiar with the “30 compressions then 2 breaths” technique. In both cases, you should throw those out the window. In 2010, ILCOR (International Liaison Committee on Resuscitation), reviewed hundreds of studies and found that breathing just wasn’t necessary for people when doing CPR. Even for advanced medical…(more)

What “OK” Stands For

Today I found out what “OK” stands for, namely “oll korrect”.  So how does that make any sense at all?  I’m glad  you asked, because otherwise this article would have been way to short to publish. 😉 The time was 1839.  In Boston and New York, slang abbreviations were all the rage with the abbreviations often representing deliberately misspelled slang phrases like “KY” for “know yuse”; “OW” for “oll wright” (the predecessor of “oll korrect”); “KG” for “know go”; “NS” for “nuff said”;  and many many others. OK is one of the few of these abbreviations to survive.  It managed to do so largely because of an 1840 New York campaign slogan by boosters of Martin Van Buren for re-election.  Van Buren’s nickname was “Old Kinderhook”; so this group made their name the “O.K. Club”, thus having the double meaning of “oll korrect” and “Old Kinderhook”.  As you might expect…(more)