The Story of Sai Wing Mock- The “Mayor” of Chinatown 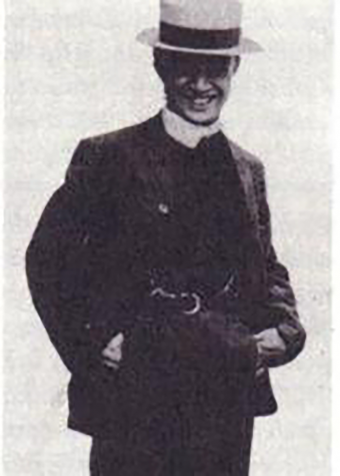 At the close of the 19th century, a young immigrant arrived in New York’s Chinatown. Within a year, Sai Wing Mock, better known as Mock Duck, had taken control of one of the neighborhood’s principal criminal syndicates, the Hip Sing Tong. Immediately challenging the power of rival On Leong Tong, in 1900, Mock Duck started a war between the gangs that continued on and off for the next 30 years. In the end, he got off scot free for his countless crimes, ultimately retiring to Brooklyn.

During the wave of immigration from China to the United States in the late 1800s, communities of Chinese sprung up in cities on both coasts, including San Francisco, Boston and New York. Insular and self-reliant, while not entirely reflective of the culture left behind, certain aspects of Chinese life were retained, including the idea of mutual aid societies (called triads).

Back in China, the first triads had been founded hundreds of years earlier, when members of the populace bonded together to combat cruel and unjust treatment from their rulers. Necessarily secretive, many of these groups eventually became criminal gangs.

In the communities the Chinese congregated to in the U.S., these triads, now called tongs, provided a number of services the local authorities refused to, including arbitrating disputes and protecting citizens. But, as power corrupts, eventually many tongs turned this relationship of trust into one of exploitation, and then expanded their power into other criminal enterprises.

One of the most popular and lucrative rackets in American Chinatowns was gambling, and a variety of games of chance proliferated including fan-tan (guessing the precise coins or cards under a cup) and the lottery or policy game. Named because of its rough similarity to an insurance policy, the lottery involved choosing or being assigned a sequence of three numbers, with the winner having the same series as that produced at the daily drawing (or, for some lotteries, the number would be the last digits of the amount bet at a major racetrack for that day).

Along with gambling and, of course, opium, prostitution also proliferated, with many of the girls being bought in China for almost nothing and forced into the sex trade in the United States.

In New York’s Chinatown, Mock Duck, described as “a cherubic, ever-smiling, moon-faced Machiavelli,” decided he wanted to push-out the rival On Leongs. Bold, he approached their leader, Tom Lee, on the street one day in 1900 and politely asked him for 50% of On Leong’s revenues from its gambling and prostitution rackets. Not surprisingly, Lee laughed in his face and left.

In retaliation, Mock Duck had one of the On Leong’s boarding houses burned down, killing two On Leong members (Mock Duck rarely did any of his own dirty work, and sported creepily long fingernails just to emphasize that point). Immediately following this attack, Hip Sing hatchetmen attacked a rival On Leong.

“Hatchet” being the operative word, these killers, sometimes called the Poo Tow Choy, employed hatchets sharpened to a razor’s edge because they thought guns, being noisy, attracted too much attention. Employing the small but deadly instrument, they would “chop a man all to pieces . . . [and then] drive the hatchet into his skull and leave it there.”

During the back-and-forth of attacks and reprisals between the Hip Sing and On Leong over the next few years, Mock Duck, who by this time was also sometimes called the “Mayor” or “Clay Pigeon of Chinatown,” began wearing a chain-mail vest under his fancy clothes. A terrible shot, after a couple of direct attempts on his life, Mock Duck had taken to simply crouching as low to the ground as possible, ducking his head, and shooting haphazardly when approached by would-be assassins – and the tactic obviously worked.

In response to one of these attacks, on August 7, 1905, Mock Duck ordered several of his soldiers (called boo how doy), led by Sing “The Scientific Killer” Dock, to attack the On Leong at the Chinese Theater – a place that, up until that point, had been considered neutral territory where any tong member could safely go. Employing firecrackers to cover the sound of their gunshots, when the smoke cleared inside the theater, four On Leong were dead.

Of course, law-abiding New York was horrified by these tong wars, and a reform crusade, led by Charles Parkhurst, began. Posing as a respectable businessman, Mock Dock provided information to the reformers of On Leong opium dens and gambling houses, which were then raided and shut down. A wise strategist, Mock Duck had identified some of the On Leong’s less lucrative places, keeping the locations of the latter tong’s best operations secret as a chip to use during negotiation of a truce.

The truce was signed in 1906, but it did not last long. In 1909, a dispute arose over who “owned” a Chinese girl, Bow Kum. Bow Kum had been sold when she was very young for the equivalent of a few dollars in China. Brought to the United States, she was eventually purchased by a Hip Sing member, Low Hee Tong, for a few thousand dollars. But while he was jailed, Bow Kum was married to an On Leong, Tchin Len. After Len refused Low Hee Tong’s request for compensation for Bow Kum, Hip Sing assassins killed Bow Kum in her home, mutilating her body and cutting off several of her fingers. As a result, war raged again between the tongs for another year, until a second truce was negotiated.

Over the next two decades, cycles of warfare and uneasy peace continued until members of both the Chinese and U.S. governments stepped in and arranged for a more permanent solution, with Mock Duck agreeing to retire. He moved to Brooklyn and lived there in relative peace until his death on July 23, 1941. Despite the breadth and depth of his criminal enterprise, Mock Duck had only once been convicted, and then only for running a policy game in 1912. He served just two years in Sing Sing prison.