Why is Vanilla Added to Recipes?

April 17, 2015 Melissa
Karla R. asks: Why is a tiny bit of vanilla added to so many recipes? What does adding this substance actually do? 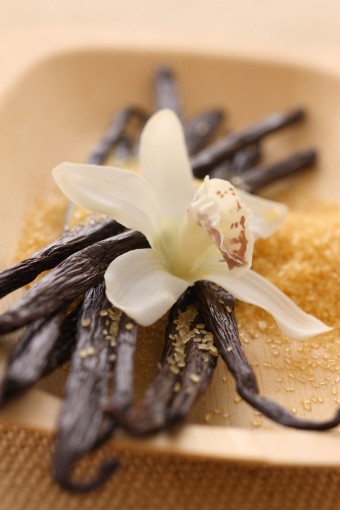 Enhancing the flavor of the other ingredients in a sweet dish, vanilla also adds a spicy, delicate taste and packs a strong, enticing aroma. This is why, despite its expense, vanilla is wildly popular among home cooks and professional pastry chefs alike.

Native to Central and South America, vanilla was first cultivated by the Totonac of east-central Mexico, who, after being conquered by the Aztecs in the 15th century, sent vanilla to their overlords to satisfy their tribute demands.

When the Aztecs, in turn, were conquered by the Spanish, legend has it that Montezuma introduced to Cortez to vanilla with a beverage of cacao beans, ground corn, vanilla and honey. Whatever the case, Cortez and company are said to have brought it back to Europe, where it was enjoyed by only the wealthiest, and for a long time, only as a flavoring for chocolate.

Queen Elizabeth’s apothecary, Hugh Morgan, is credited with “inventing” vanilla-only treats, although not long after, vanilla-only flavored ice cream was also being served in France (in fact, during a trip to Paris in the 1780s, Thomas Jefferson copied the recipe – which today can be found in the Library of Congress).

The flavoring comes from the seedpod of an orchid, today primarily Vanilla planifolia, that grows as a vine up to 30 feet up trees. In 1793, one of these vines was smuggled to Réunion, a small island in the Indian Ocean near Madagascar (together with its larger neighbor as well as Comoro, Mauritius and the Seychelles, these comprise the Bourbon Islands – with Bourbon, today, being one of the many types of vanilla).

Since vanilla’s native pollinator (a small bee), wasn’t transported with the orchid, Bourbon vanilla has to be hand pollinated. Nonetheless, today, Madagascar, Réunion and Tahiti, along with Mexico, are the world’s primary producers of vanilla beans.

The flavoring itself is found in the orchids’ seedpods, which are picked while still green, then shocked in hot water and set out to dry from anywhere between 2 and 6 months. Each dried pod (called a vanilla bean) contains thousands of tiny black seeds, and when used in cooking, the pod is carefully slit lengthwise, the two sides spread apart, and the seeds (which resemble a paste) are scraped off and into the dish.

Vanilla bean pods are expensive, but a more economical option can be found with vanilla extract. Made, essentially, from soaking the beans in a mixture of water and alcohol, the flavor is imparted into the extract. 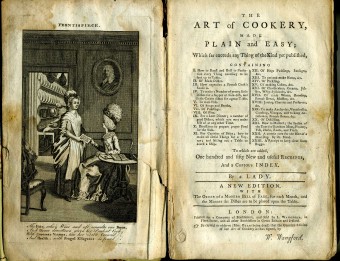 One of the earliest mass-printed recipes to include vanilla was printed in The Art of Cookery in the late 18th century,where Hannah Glasse recommends adding it to chocolate. Today, of course, the vanilla flavor can be found in everything from cookies to Coca-Cola, although with the advent of modern food science, frequently that flavor is an imposter.

Although the real thing has more than 250 different components, since one of these, vanillin, is so prominent, imitation vanilla flavoring (and extracts) focus on replicating that flavor.