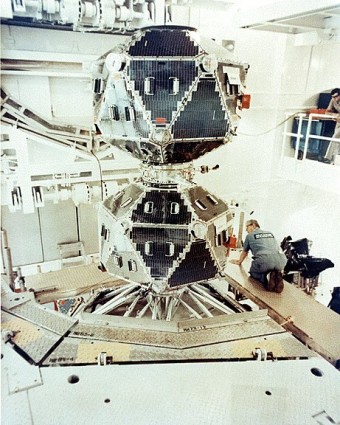 As the 1970s were drawing to a close, the global political situation was uncertain. Peace in the Middle East was imminent for some, while others in the region were witnessing dramatic revolution; at the same time, the world’s two great nuclear superpowers had just entered into an historic agreement that significantly limited their nuclear arsenals. Into this mix, in September 1979, a double flash indicative of a nuclear explosion was detected in the Indian Ocean. A nuclear detonation to some and a mere ghost in the machine to others, the source of that flash has stirred a controversy that remains unresolved today.

For years, Israel and Egypt had been engaged in talks seeking a solution to their decades-long conflict, which included the Sinai campaign (1956), the Six-Day War (1967) and the October War (1973). Beginning with a visit by Egyptian President Anwar Sadat to Jerusalem in 1977, an agreement was hashed out with Israeli Prime Minister Menachem Begin during the Camp David Accords (moderated by US President Jimmy Carter) in September 1978, and only formally signed in March 1979.

During this time, the authoritarian rule of Iran’s then-king, Mohammad Reza Shah Pahlavi (the Shah) was challenged by a group led by the exiled Islamic cleric, Ayatollah Khomeini. In January 1979, the Shah, himself, was exiled, Khomeini returned, and by April 1979, the Islamic Republic of Iran was in full swing. Tensions continued to remain high in the Republic, however, and by November 1979, 52 Americans had been taken hostage and were being held within their embassy in Tehran.

Despite its newly formed peace with its neighbor, Israel remained nervous about the intentions of others in the region, and notably, the new Islamic Republic, which came to power chanting “death to Israel.” Clearly, therefore, if anyone had a reason to test out new weaponry, it had.

Not alone, however, as South Africa, itself wealthy and technologically advanced, was believed to have been engaged in underground nuclear weapons testing since at least August 1977, when such a test site was detected by a Soviet satellite.[i] Given the location of the double flash (if it happened), South Africa also became a prime suspect in later investigations. Muddying the waters even further, there were also unverified reports that Israel and South Africa were collaborating on a nuclear weapon.

Adding to the intrigue, throughout the 1970s, the Union of Soviet Socialist Republics (USSR) and the United States (US) had been engaged in discussions seeking to limit the number, type and development of nuclear weapons. A treaty (Salt II) was actually signed on June 18, 1979, by President Jimmy Carter and General Secretary Leonid Brezhnev, to that effect.

So, into the midst of this tense geopolitical scene, at 3 a.m. local time on September 22, 1979, something apparently generated a double flash (a clear harbinger of a nuclear detonation) in the atmosphere above the Indian Ocean between South Africa’s Price Edward Islands and the Crozet Islands. If the readings were correct, it would have been caused by a 2-3 kiloton nuclear weapon.

Evidence from other sources also supported the position that the double flash came from a nuclear explosion. An international study, begun independently of and long before the flash, found iodine-131 (which has a very short half-life and is produced only in nuclear reactions and detonations) in the thyroids of sheep from Melbourne, Australia, but only in November 1979 and not afterward. In addition, scientists from the Arecibo Ionospheric Observatory had detected a disturbance in the ionosphere at the time and place of the double flash that moved in “an unusual northward direction.”

Those who believed the double flash was not of nuclear origin pointed to other evidence. In addition to the fact that nobody claimed responsibility (or credit) for a detonation, and that no other sensors detected the flash, was the fact that there was a discrepancy in Vela 6911’s sensor readings – an issue that had never been seen in any of the previous 41 detections. In support of the malfunction theory, some also noted that Vela 6911 was already older than its expected lifespan, and its electromagnetic sensor was inoperative.

Weighing all of the data, an ad hoc panel convened by President Carter, termed the Ruina Panel after its chairman, Dr. Jack Ruina of MIT, concluded in the summer of 1980 that the double flash “was probably not from a nuclear explosion.” They opined that the source of the double flash report from Vela 6911 was likely a meteoroid hitting the satellite or sunlight reflecting off of the debris from such a collision.

Controversial at the time (and since), in the intervening years, many have challenged this conclusion, and, according to some commentators, researchers and others from the Los Alamos National Laboratory and the Naval Research Laboratory have even disagreed with the findings.

Although there isn’t complete consensus, most who claim that the Vela Incident was a nuclear explosion also tend to speculate that it was the result of a weapons test by Israel (with or without South Africa), and because of the its close ties with the US, President Carter’s administration was under significant pressure to cover it up. Not only would such a test by a close ally undermine the US’s new commitment to nuclear weapons reductions, but it would have placed President Carter in the awkward position of either sanctioning Israel (and alienating the Jewish wing of the Democratic Party) or not (and pissing off its anti-nuclear wing). As such, they argue the administration took the easy way out, and blamed the double flash on a technical glitch.

[i] Disarmament Study at 8.