What Does Rx Mean and Where Did It Come From? 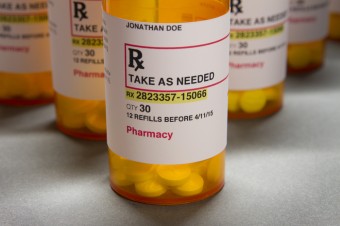 The phenomenon of ubiquitous prescription drugs (retail sales in recent years have topped $200 billion in the U.S. alone) is a relatively new experience in human history. However, its common abbreviation, ℞, has deep roots in the relatively distant (and some even claim ancient) past.

While there are a few commonly put forth explanations as to how we ended up with the ℞ symbol, it’s generally thought that it has medieval roots as an abbreviation for a form of the Late Latin word “recipere” meaning “to take.” The imperative form of this word, “recipe,”  meant “take…” as in, “take two and call me in the morning.”

By the 1580s, the word “recipe” had been slightly modified in Middle French to récipé, and had come to mean “medical prescription.” In fact, this meaning of the word prevailed until the mid-1700s, when it was also applied to food preparation.

Regardless, when giving a prescription, physicians typically began their directive with the command “recipe,” which ultimately was abbreviated to ℞. Other common abbreviations used in the medical field that also included an “x” were things like “dx” (diagnosis), “sx” (signs and symptoms), and “hx” (history).

Keeping an Eye on Your Health

While “recipe” is thought by most historians to be the ultimate source for ℞ , some have proposed a different origin- specifically, the symbol known as the “Eye of Horus.” This was a symbol used in ancient Egypt to ward off evil, protect the king in the afterlife, and, most pertinent to this topic, used for good health.  The evidence for this theory is scant, though an eye has been used before as a symbol for pharmacies.

Another lesser accepted theory proposed by some scholars is that it derives from the symbol for the god Jupiter. The connection to healing was via prayers that a specific treatment would be effective and the individual would get better.