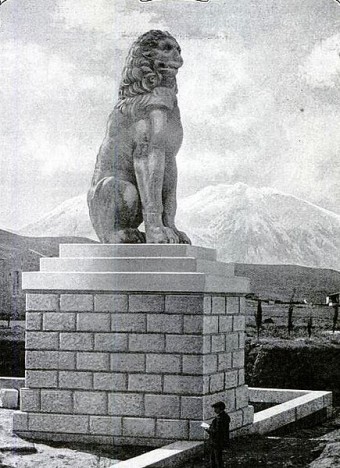 In the 4th century B.C., for a period of 50 years a small force of 300 elite Theban soldiers dominated Grecian battlefields. What makes this band of brothers unique in history is that it was comprised entirely of male lovers.

The Elephant in the Room – Pederasty in Ancient Greece

The classical Greeks tolerated a wide range of sexual appetites. One that shocks the modern conscience, pederasty (a sexual relationship between a man and a pubescent or adolescent boy), was, in fact, in many places seen as benefit to society: “Aristocracies . . . recognized its power to forge bonds between promising youths and conservative mentors. Democracies saw it as insurance against tyranny . . . . But the major source of its prestige remained (despite Plato) its contribution to military morale. . . .[i]”

In fact, Plutarch claimed that, in Thebes: “Their lawgivers, designing to soften whilst they were young their natural fierceness . . . and gave great encouragement to these friendships . . . to temper the manners and characters of the youth . . . .”

Although some dispute that boys were involved in these relationships, most scholars agree that it: “Is [a] mistake[ to] remove adolescent boys from the sphere of acceptable objects of adult Greek male eros; such desire was fixated upon youthful, we might even say “boyish,” male beauty but not upon age – whether less than or more than 18 years.”

Furthermore, this perception is supported by the contemporaneous accounts of Xenophon (430-354 B.C.), who reported that “men and boys lived together like married people.”[ii] In fact, some even solemnified their relationships: “The cult of Heracles was especially strong in Boeotia. Aristotle, in a lost work, described a “tomb of Iolaus” dedicated to the hero’s [male] lover and companion-in-arms, where Theban lovers in his day still plighted mutual devotion.[iii]”

Although the involvement of minors in these sexual relationships offends our modern morals, sensibility and laws, at the time, the deep attachment between the two males was seen as a military advantage:

Homer’s Nestor was not well skilled in ordering an army . . . [that would] rank tribe and tribe and family and family together . . . but that he should have joined lovers and their beloved. For men of the same tribe or family little value one another when dangers press; but a band cemented by friendship grounded upon love is never to be broken, and invincible; since the lovers, ashamed to be base in the sight of their beloved, and the beloved before their lovers, willingly rush into danger for the relief of one another . . . .

And, with regard to the Theban elite unit, this proved to be exactly what happened.

At least as early as Plutarch (46-120 AD), it was believed that the band had become sacred because of each pair’s ceremonial vows: “Lovers plighted their faith at Iolaus’s tomb. It is likely, therefore, that this band was called sacred on this account.”

Most histories credit Gorgidas, the chief officer of Boeotia, with the founding of the Sacred Band in 378 B.C., at about the time the Boeotians expelled the Spartans from the Theban citadel.

Many believe that Gorgidas hand picked the Band’s couples, each comprised of an erastes (the older man, called “lover”) and eromenos (the younger male, called “beloved.”). Although each pair had an older and a younger, it seems that there was not that great of an age discrepancy between the two: according to one scholar, males in the battalion were only made full members after they reached age 20 or 21, and that after age 30, veterans were mustered out.

The Sacred Band’s first triumph was at the Battle of Tegyra in 375 B.C., where, upon coming unexpectedly upon a much larger force of Spartans, a Theban soldier said: “We have fallen into our enemies’ hands!” [iv]

To which Pelopidas (the Band’s leader) replied: “Why any more . . . than they into ours? Then he at once ordered all his horsemen to ride . . . [into the larger force of Spartans, whose] whole army was seized with fear and opened up a lane for the Thebans . . . [who] used the path thus opened . . . and slew them as he went along . . . . They had succeeded . . . in conquering their enemy outright . . . . Never before had Lacedaemonians [Spartans] in superior numbers been overpowered by an inferior force . . . .”[v]

At the Battle of Leuctra in 371 B.C., the Sacred Band helped Thebes end Spartan domination of the region: “The 300 members of the elite Sacred Band . . . [had] swore to defend their lovers to the death . . . was positioned on the left wing . . . [and while Theban horsemen were creating chaos among the Spartan ranks] . . . Pelopidas and the Sacred Band also attacked Cleombrotus’ [the Spartan leader’s] position resulting in the fatal wounding of the Spartan king and the complete defeat of the Spartan right.”

Sparta’s loss allowed Thebes to establish itself as the Greek hegemon for the next decade.

Loyal to the Last

The end of the Sacred Band corresponded with Philip II of Macedonia’s defeat of the Greek city-states in 338 B.C. at the Battle of Chaeronea, where a young Macedonian prince came to prominence: “Then Alexander, his heart set on showing his father his prowess . . . first succeeded in rupturing the solid front of the enemy line . . . . Corpses piled up, until finally Alexander forced his way through the line . . .”

Historians believe that Alexander had: “Attacked the Greek right wing, which was occupied by the famous “Sacred Band” of Thebans, which was massacred.”

According to Plutarch, the conquering king was moved by the Sacred Band’s courage: “After the battle, Philip was surveying the dead, and stopped at the place where the three hundred were lying, all where they had faced the long spears of his phalanx, with their armour, and mingled one with another, he was amazed, and on learning that this was the band of lovers and beloved, burst into tears and said, ‘Perish miserably they who think that these mend did or suffered aught disgraceful.'”[vi]

In 1818, a British tourist out horseback riding near the village of Chaeronea tripped over a rock that, upon further inspection (and much digging), was revealed to be a massive stone lion, erected, according to some, in honor of the famous battle: “In the excavations of the enclosure of the Lion monument 254 skeletons were found, laid in seven rows. We know that the Theban Sacred Iochos [Band] totaled 300; the two figures seem sufficiently close to give strong confirmation [that the bodies belong to the Sacred Band].”[vii]