What Was Dr. Martin Luther King, Jr. a Doctor of? 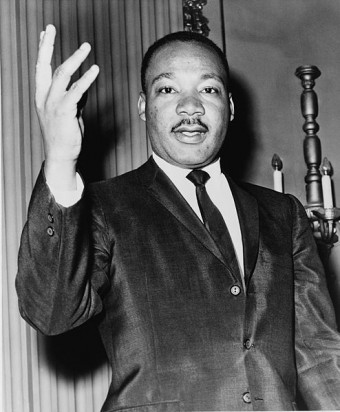 On June 5, 1955, Martin Luther King, Jr. was awarded a Doctorate of Philosophy in Systematic Theology from Boston University. From that date until his death on April 4, 1968, the Reverend Doctor used the knowledge gained in his studies to help realize the dream that all people “live in a nation where they will not be judged by the color of their skin but by the content of their character.”

Skipping both the 9th and 12th grades, Dr. King never formally graduated high school, instead enrolling in Morehouse College in Atlanta after his junior year of high school.

King graduated from Morehouse in 1948 with a B.A. in Sociology. He later attended and graduated from Crozer Theological Seminary in Chester, Pennsylvania, where he not only earned a Bachelor of Divinity in 1951, but was also awarded a graduate fellowship that allowed him to pursue his doctorate.

King enrolled in Boston University’s School of Theology and began his doctoral studies which were: “Influenced by his increasing interest in personalism, a philosophy that emphasizes the necessity of personal religious experience in understanding God.”

Under the tutelage of several notable theologians including Edgar S. Brightman, L. Harold DeWolf and Jannette E. Newhall, King expanded his studies to include:

Several classes on the history of philosophy that examined the works of Reinhold Niebuhr, Alfred North Whitehead, Plate, and Hegel [and] . . . culminated with the completion of his dissertation, entitled “A Comparison of the Conceptions of God in the Thinking of Paul Tillich and Henry Nelson Weiman.”

Although later (1991) a committee would determine that King had “plagiarized” portions of his dissertation, other scholars characterized these as “faulty citation practices [that] were rooted in the notecards he created while conducting research . . . .” Nonetheless, even the committee found the sloppy citations justified no real penalty, and rather felt that “no thought should be given to the revocation of Dr. King’s doctoral degree.”

In any event, while at BU, King relied on the mentorship and spiritual guidance of the Marsh Chapel’s dean, Howard Thurman, who introduced King to, among other things Mohandas Gandhi and the effectiveness of non-violent protest.

In this discipline, theological topics are addressed “one by one” and the student “attempts to summarize all the biblical teaching” on that subject into one work: “The goal is to present the major themes (i.e. doctrines) of the Christian faith in an organized and ordered overview that remains faithful to the biblical witness.”

In addition to relying on the Bible, the field also investigates “the development of Christian doctrine over the course of history, particularly through philosophy, science and ethics.”

By applying the discipline of orderly reasoning to his studies, King developed his personal theology which included his view that:

Without immortality the universe would be somewhat irrational. But by having faith in the immortal life we are assured that God will vindicate the righteous. . . . The Christian faith in its emphasis on immortality assures us that the ambiguities of this life will be meaningful in the life to come. . . . [But yet] the solution to the problem surrounding any tragedy is ultimately practical, not theoretical.

Shortly after graduating the Reverend Doctor began his civil rights work with the Montgomery Bus Boycott (December 5, 1955 – December 20, 1956), where African Americans, taking a page out of Gandhi’s book, peacefully refused to ride the Alabama city’s buses until they were integrated.

The Reverend Doctor organized and participated in other acts of nonviolent protests over the next decade, but perhaps his greatest contribution to the cause of civil rights came through his fiery rhetoric that stirred action, something he saw as a minister’s noble duty:

Who is it that is supposed to articulate the longings and aspirations of the people more than the preacher? Somewhere the preacher must have a kind of fire shut up in his bones, and whenever injustice is around he must tell it. Somehow the preacher must be an Amos, who said, “When God Speaks, who can but prophesy?”

I Have a Dream…

More than 200,000 people attended the March on Washington on August 28, 1963, where the Reverend Doctor’s oratory on the steps of the Lincoln Memorial served as the rally’s grand finale:

In spite of the difficulties of the moment, I still have a dream . . . deeply rooted in the American dream. . . . That one day this nation will rise up and live out the true meaning of its creed: “We hold these truths to be self-evident: that all men are created equal.” . . . That one day . . . the sweltering heat of injustice and oppression will be transformed into an oasis of freedom and justice [and that] . . . my four children will one day live in a nation where they will not be judged by the color of their skin but by the content of their character.

I’ve Been to the Mountaintop

On April 3, 1968, the Reverend Doctor gave his final, and one of his most memorable, speeches:

The nation is sick, trouble is in the land, confusion all around. . . . But I know, somehow, that only when it is dark enough can you see the stars. And I see God working in this period of the twentieth century . . . . I’ve been to the mountaintop . . . . And I’ve looked over and I’ve seen the Promised Land. I may not get there with you. But I want you to know . . . I’m happy tonight; I’m not worried about anything; I’m not fearing any man. Mine eyes have seen the glory of the coming of the Lord.

The next day, the Reverend Doctor Martin Luther King, Jr. was assassinated, shot while standing on the balcony of his motel in Memphis, Tennessee. Some in attendance at his final speech believe that he had a premonition of his upcoming demise:

[He] knew he wouldn’t get there, but he wouldn’t tell us that. That would have been too heavy for us, so he softened it. . . . He preached himself through the fear of death. He just got it out of him. He just . . . dealt with it. And . . . it was like, what did he know that we didn’t know?