The Curious Case of Mary Hamilton 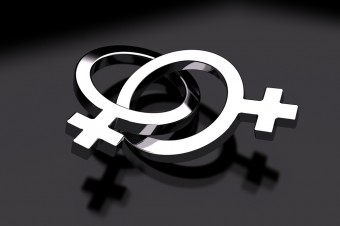 In 1746 in Taunton, Somerset, England, Mary Hamilton was imprisoned and whipped for impersonating a man and marrying possibly as many as 14 women (not all at once).

Few records of these events have survived; however, that same year Henry Fielding, “barrister, magistrate, founder of the first English detective force, and sometimes called father of the modern novel,” produced a fictionalized version of events, The Female Husband. Cobbling Fielding’s own account together with other sources, such as information recorded in the Newgate Calendar produces the following story of Mary and (some of) her wives.  Given the scant documented evidence, it’s possible some of the finer details may not be perfectly accurate, but nevertheless the general story below is what we could piece together of the fascinating tale of Mary Hamilton.

Born on the Isle of Man on August 16, 1721, Mary’s father died, and her mother remarried, before Mary was born. An only child:

The girl was brought up in the strictest principles of Virtue and Religion; nor did she in her younger years discover the least proneness to any kind of Vice, much less give cause of suspicion that she would one day disgrace her Sex by the most abominable and unnatural pollutions . . . .

As a young woman, Mary was “first seduced by one Anne Johnson, a neighbor.”  The two migrated to Bristol where they lived together until Mrs. Johnson left Mary for a man. Mary:

Was no sooner informed of it, than she became frantic, she tore her hair, beat her Breasts, and behaved in as outrageous a manner as the fondest husband could . . . .

Deciding to dress in men’s clothing, Mary, who was “a very pretty woman . . .  now appeared a most beautiful youth.” This done, she sailed to Ireland. There she married a 68 year-old wealthy widow. According to Fielding, the deception didn’t last long, and when the older woman discovered it:

A Storm arose, as if drums, guns, wind and thunder were all roaring together. Villain, Rogue, Whore, Beast, Cheat, all resounded at the same instant . . . I am married to one who is no man.

Mary high-tailed it out of Dublin, and landed in Dartmouth where she pretended to be a Doctor of Physic. As such, she treated a young girl for Green Sickness and the two soon began a more intimate relationship. They were married in Ashburton, Devon, but shortly after Mary was again discovered, and this time, she left for Wells, Somerset. After her second marriage, a warrant was issue for her arrest.

Mary’s final well documented marriage lasted for three months before she was recognized and ratted out. When her third wife, an innocent young woman, was questioned about their relations, the young girl’s account: “stagger[ed] her mother’s belief, and made her cry out, O child, there is no such thing in Human Nature.”

While Fielding’s story lists three marriages, the Newgate Calendar reported that Mary had enjoyed 14 wives. Regardless, as a result of this last marriage, Mary was arrested and tried in Somerset:

This woman was brought before the Court; but under what specific charge, or upon what penal statute she was indicted, we can neither trace by the mention of circumstance, nor could we frame an indictment to meet the gross offence, because the law never contemplated a marriage among women.

Mary’s last known wife, Mary Price, testified as a witness for the prosecution:

She swore that she was lawfully married to the prisoner, and that they bedded, and lived together as man and wife, for more than a quarter of a year; during all which time, so well did the imposter assume the character of man, that she still actually believed she had married a fellow-creature of the right and proper sex.

Although Fielding states that Mary was unmasked by a third party, in the Newgate account, Mary Price discovered the deception:

She became mistrustful, and, comparing certain circumstances with the married Goodies, her neighbours, she was convinced that Mary had acted the part of Charles towards her by the vilest and most deceitful practices.

The judges were incensed and imposed a harsh punishment:

We, the Court, do sentence her or him, whichever he or she may be, to be imprisoned six months, and during that time, to be whipped in the towns of Taunton, Glastonbury, Wells, and Shipton-Mallet . . . .

Fielding claimed (perhaps true… or more likely not, simply to make his account more sensational) that even being harshly whipped did not deter Mary who:

The very evening she had suffered the first Whipping, she offered the Goaler money, to Procure her a young Girl to satisfy her most Monstrous and Unnatural Desires…