This Day in History: February 17th 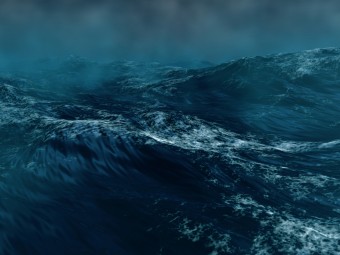 It is estimated that as many as 900 people may have lost their lives when the Neptune, a dangerously overloaded passenger ferry, overturned near the coast of Haiti on this day in 1993. Some estimates claim as many as 2,000 people were on board at the time, though this may be an exaggeration.  Whatever the case, officials say the boat should not have been carrying more than 650 and only a little over 285 survived.

According to witnesses, the Neptune, a dilapidated triple-decker, 150 ft. boat that made regular runs between the Haitian cities of Port au Prince and Jeremie, transporting passengers, livestock and cargo, had no visible lifeboats before the tragedy. Survivors of the sinking added that the vessel had no safety equipment such as life jackets or communication apparatus, including radio gear.

The captain, Benjamin St. Clair, who survived the wreck, said that that the passengers’ panic was a contributing factor in the accident, though ultimately he reported the ship encountered heavy rain, causing it to roll over and sink.

Marie Ange-Louis, a survivor of the disaster, described what she saw:

When the rains came, the boat was swaying from side to side. The captain was trying to get the passengers to move to the other side of the boat to keep it balanced. People panicked and began screaming. But the swaying got worse.

As the captain and Marie said, the boat began to take on water because of the storm.  At this point, most of the passengers ran for one side of the ship on the top deck. This is very likely what caused the boat to overturn, sending people, livestock and cargo crashing into the raging sea.

Some passengers survived by clinging to remnants of the boat and the carcasses of dead cattle. Many others were enveloped by the waves and drowned. It took two days for help to arrive.

Some fishing boats tried to help before any official rescue efforts arrived, but they could only help a tiny fraction of those begging for their lives. Further, Marie Ange-Louis reported that many fishermen were more interested in filling their boats with valuable cargo such as livestock and bananas than helping those facing death.