This Day in History: January 1st 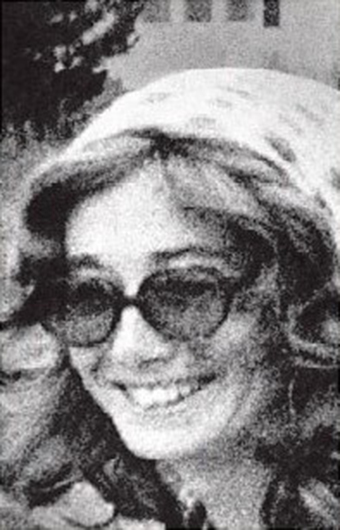 Roseann Quinn was a 27-year-old teacher living in New York City who had a spent a quiet New Year’s Eve home alone. Restless and bored by New Year’s Day, she decided to hang out for awhile at Tweed’s, a bar located across the street from her Upper West Side apartment. While she was there, she struck up a conversation with a stockbroker and his companion.

She was never seen alive again.

When the Christmas break was over and Quinn failed to show up for her teaching job at the St. Joseph’s School for Deaf Children, a concerned co-worker traveled from the school in the Bronx to Roseann’s apartment and knocked on her door. When there was no response, the building’s superintendent gained entry and found Roseann Quinn naked, her body and the room drenched in blood.

Quinn had been stabbed 18 times then raped and left with a red taper candle protruding from her vagina.

The murder was shocking even by New York City standards. The crime itself was particularly brutal. Quinn had no known enemies and the Upper West Side was one of the city’s safest neighborhoods.

So what happened? The man who killed Quinn was a drifter named John Wayne Wilson, who had been convicted for repeatedly burglarizing summer homes in Florida. He escaped from prison and was working as a hustler in Times Square when he met a gay stockbroker named Danny Murray. The pair had been living together for over a year.

On the evening of January 1, 1973, Wilson and Murray were having a drink at Tweed’s where they met a bored Roseann Quinn. Murray left around 11 p.m., but Wilson and Quinn remained until 2 a.m. When they left the bar, they went across the street to Quinn’s studio apartment.

Wilson later claimed that an argument came about after he had trouble getting an erection at which point they fought and he picked up a knife and Quinn, according to him, asked him to kill her…

Within a few days of Roseann Quinn’s homicide, the police were already running out of leads. In desperation, they published a sketch of the stockbroker based on the bartender’s description. When Murray saw his own face staring back at him from the newspaper the next day, he, understandably, freaked out.

After calling a lawyer and working an immunity deal with the police, just to cover all his bases, Murray helped them track Wilson to his brother’s home in Indiana and arrested him on January 11th. Four months later, after threatening to kill himself and supposedly being mocked by a guard about it, Wilson fashioned a noose using bed sheets and committed suicide in his prison cell.

Roseann Quinn’s murder was a manifestation of the darker side of the sexual revolution. One of Quinn’s neighbors said Quinn frequently brought “rough looking” men back to her apartment and fights were extremely common when she did this. The neighbor even once found Quinn crying and covered in bruises after one such man stormed out of Quinn’s apartment. Despite occasional other instances like this, Quinn continued to pick these type of men to invite over, according to the neighbor.

One of those women pondering the darker side of single life at this time was Judith Rossner, who had moved to New York City around the time of the killing.

The singles scene and one-night-stand life-style could be freeing and empowering, but it could also be lonely and desperate, and these aspects were what Rossner explored in her 1975 novel “Looking for Mr. Goodbar,” based on Quinn’s homicide. The book was made into a film two years later, with Diane Keaton and Richard Gere in the starring roles.