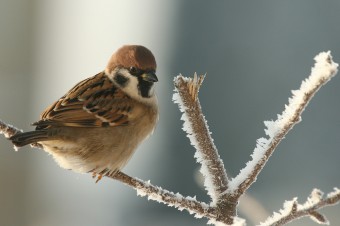 After decades of war, civil and otherwise, in the 1950s the People’s Republic of China (PRC) was eager to create the communist utopia promised by Marx and Engels a century before. Among the many Five Year Plans and campaigns undertaken to achieve that goal was the spectacular failure known as the Four Pests Campaign.

After a decade of communist rule, the PRC still lagged behind other world powers, particularly economically. In order to bridge the gap, the chairman of the PRC, Mao Zedong, instituted a campaign to change the primarily rural, agrarian Chinese into a collective, industrial powerhouse.

Beginning in 1958, the PRC forced people into agricultural collectives and outlawed private, independent farming. Laborers and resources were diverted from farming and subsistence to steel production and construction projects, such that insufficient effort was made to feed the masses.

A social and economic disaster as well as a humanitarian nightmare, by the end of the Great Leap in 1961, as many 45 million people had died from brutality, starvation and despair.

The most notable contributor to this great loss of life was the Great Famine (1958-1962). Although in part the result of the PRC’s disastrous policies in general, this devastating famine may have never occurred were it not for the addition of the Four Pests Campaign.

In 1958, Chairman Mao determined that four creatures were unhygienic and needed to be eradicated. Three, flies, rats and mosquitos, are no brainers. The fourth, however, sparrows, needs an explanation.

China had a long, sad history of famine by the early 1950s. It has been reported that prior to 1911, more than 1500 famines had been documented in China, and even after World War II, hunger was a constant problem for most of the populace.

In this context, sparrows, which were often observed eating the seeds of grains that would otherwise feed people, were perceived as a threat – and a pest. According to unverified reports, the PRC had data that “each sparrow ate some 4.5 kilos – nearly ten pounds – of grain annually.”

While efforts at exterminating the first three met with limited success, the campaign against sparrows more than achieved its goal. Perhaps this was because the entire nation was enlisted to help. As Chairman Mao succinctly put it: “The whole people, including five-year old children, must be mobilized to eliminate the four pests.”

And eliminate they did. Using simple methods, such as banging pots and pans and shouting whenever the birds tried to land, the sparrow in China nearly went extinct. As one historian noted:

But when millions of Chinese of all ages dispersed to the hillsides at the same hour to raise a ruckus, the sparrows had nowhere to alight. The degree of synchronicity achieved is almost as striking as the campaign’s self-destructiveness.

In fact, even the little ones participated in Mao’s campaign. Children enjoyed days off from school which were spent making traps and shooting at birds:

It was fun to “Wipe out the Four Pests.” The whole school went to kill sparrows. We made ladders to knock down their nests, and beat gongs in the evenings, when they were coming home to roost. It was many years before we knew that sparrows are good birds. At the time, we only knew they ate grain.

Tearing down nests, killing chicks and breaking eggs, it is estimated that the industrious Chinese people killed at least eight million birds during the campaign. According to reports, many sparrows died from exhaustion when they could no longer fly and simply fell from the sky. As one witness later recalled: “If the millions of dead sparrows had been autopsied, I dare say that 90% of them died from sudden cardiac arrest (from fatigue or fright).”

What Are Sparrows Good For?

It turns out that, unbeknownst to the bangers, shouters, beaters, knockers and shooters, sparrows are a natural predator of many insects that otherwise feast on grain crops. In fact, in 1959 researchers at China’s Academy of Sciences autopsied some of the birds and discovered that 75% of their stomach contents consisted of insects rather than grains. Among the insects preyed upon by these sparrows were locusts, which enjoyed swarming the country in a devastating plague over the next year as a result of the campaign.

Combined with poor policies and drought, the resulting plague left China with insufficient food to feed its hungry populace. With few options, peasants and laborers sought out nourishment from the strangest sources: “People were eating bark off trees, they were eating grass. My uncle ate raw cottonseed, he died a terrible death.”

Unwilling to throw in the towel on their quest for a better China, the PRC continued the Four Pests Campaign, albeit substituting bed bugs for sparrows in 1960. More recently (in 1998), a campaign against Four Pests, this time substituting cockroaches for bedbugs, was also being encouraged, although it is unknown if it was successful.

In 2004, in reaction to a SARS (severe acute respiratory syndrome) scare in which over 800 people died, Chinese officials ordered the mass killing of civet cats, a species that was believed to pass the disease on to humans. Coinciding with this campaign were renewed efforts at eradicating rats and cockroaches – just in case.

Realizing their mistake, PRC leaders imported sparrows from Russia and today, it is reported that the birds are thriving in China. In fact, it seems they are now a highly prized, if sometimes illegal, gourmet export.

The house sparrow, cousin to China’s tree sparrow, is found on every continent but Antarctica. Its global population is estimated at around 540 million, although some local populations, particularly in Europe, appear to be declining. Sadly and inexplicably, the species has all but disappeared from the streets of London.