This Day in History: October 15th 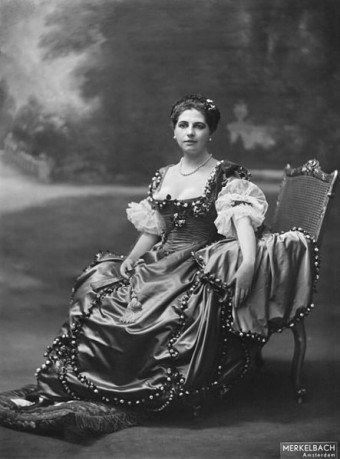 Mata Hari first showed up in Paris in 1905.  In need of money after having recently left her abusive husband, she began performing exotic Asian dances, for which she quickly gained a following. It wasn’t long before she was taking her act all over Europe, telling the tale of her birth in an Indian temple and how a sacred priestess taught her to dance and named her “Mata Hari,” which in Malay means “eye of the day” or, less literally, “sun”. So, not only could the girl dance, she could lay it on thick.

In reality, she picked up much of her relatively superficial knowledge of eastern dance from her mother as well as later from a short-lived marriage to the aforementioned abusive man in the Dutch colonial army. Whether she was the real McCoy or not, she was packing them in all over Europe owing to the fact that her show consisted of a very elaborate and sensual strip tease.

When World War I broke out, some sources say that Mata Hari had become a notorious courtesan; others say her notoriety was mostly due to her exotic dancing. What follows is the story most accepted as closest to what may be the truth:

Most accounts state that Mata did indeed take on quite a few lovers, many of them high ranking military officials. What remains in dispute is her alleged espionage activities, and who she performed them for.

It is rumored that in 1916 while Mata was in The Hague, she was bribed by a German official to obtain information during her next visit to France. Mata did admit on a later occasion when she was questioned by French Intelligence that she had passed outdated information to a German officer at one point.

Mata supposedly also told authorities that she had been paid to act as a spy for the French in Belgium while the country was under the control of German forces. Unfortunately, she had neglected to let her French allies in on her prior arrangement with the Germans, giving Mata the unfortunate appearance of a double agent.

Details are sketchy, but it seems that the British got wind of Mata’s double dealings, and passed the info along to the French.  The specific primary evidence was an intercepted message to Berlin talking about a spy code-named H-21, who the French determined from the message must be Mata Hari.

On February 13, 1917 Mata Hari was arrested in Paris and put in prison. After a military trial in which her lawyer was not allowed to cross exam witness nor directly question his own witnesses- meaning the outcome was virtually guaranteed- she was sentenced to death on July 25th for spying against France.

During the trial, one high ranking foreign minister, Henry de Margerie did come to her defense.  Henry had been intimately acquainted with Mata for nearly a decade and a half and claimed that when they spent time together shortly before her arrest, Mata never brought up or tried to get any information from him about anything to do with the war.  When the prosecutor was skeptical, de Margerie stated:

…I am obsessed with the war night and day. For just that reason, it was a great relief to spend three days talking of philosophy, Indian art, and love. It may seem unlikely to you but it is the truth… Nothing has ever spoiled the good opinion that I have of this lady.

Outside of the trial, others who knew her said similar things- essentially that if she was working as a spy, she was a bad one, never seeming to try to get any information out of anyone that would have been useful to the Germans.

Nevertheless, as stated, she was convicted as a spy and sentenced to death.  As per French law at the time, she was not told when exactly she would die, as to do so was considered inhumane.  Instead, she spent the next three months waking up every day, not knowing whether it would be her last… much more humane…

Finally, at 5 a.m. on the morning of October 15, 1917, Mata Hari was sleeping when soldiers came and fetched her for her execution. Dressed in a dark fur-trimmed dress, she refused a blindfold and supposedly blew a kiss to those on the firing squad before being shot. She was 41 years old.

There is no doubt that her trial was filled with circumstantial evidence and bias against Mata because of her chosen method of making a living after leaving her abusive husband. Further, restrictions in place during the trial made it virtually guaranteed that even if she was innocent, the verdict would be guilty.

It’s not unlikely that, due to the media absolutely eating up her trial and conviction, Mata served as a diversion from and a scapegoat for the horrible losses the French were suffering at the front during that time.

So was she guilty?  Evidence is extremely scant, but in 1970 official government documents in Germany were unsealed that seem to indicate that she had at one time worked as a spy for Germany, beginning in 1915, with her handler being one “Captain Hoffman”, who is the one who supposedly gave her the code name H-21. She reported to Kriegsnachrichtenstelle West as well as to the German embassy in Madrid.

Despite this apparently damning evidence, some still think she was simply setup and that when the Germans transmitted the message discussing the supposed spy H-21, they simply found out Hari was spying for France at the time and figured she’d make a great target to throw the French off the trail of their real spies, so transmitted the “H-21” message using a radio frequency they already knew had been broken.

That being said, it seems odd that if this is really what the Germans were doing that they would bother creating secret documents incrementing her that nobody in her lifetime would ever see, only being unsealed in 1970.

So it would seem that despite the sham that was her trial and that the primary evidence against her was circumstantial, the court may have blundered into getting the verdict correct, even if it was simply that she had in one instance passed useless information to the Germans to make a little extra money, as she told French officials.