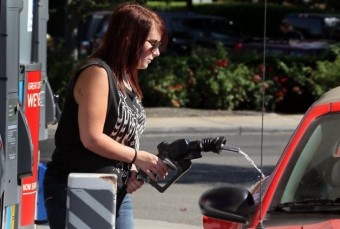 In an era where full service gas pumping seems to be a thing of the past, Oregon not only still offers this type of service to its citizens but the “beaver state” also does not offer them any other choice – Oregonians are not allowed to pump their own gas! Of fifty states, only two do not allow “self-service dispensing of Class 1 flammable liquids at retail”. New Jersey is the other state that keeps its drivers in the driver’s seat when filling up their tanks.

When told that Oregonians aren’t allowed to pump their own gas, the first question out of people’s mouths is typically, “Really?” which is almost always followed in the same breath with, “Why?” Why on Earth would licensed drivers not be trusted to fill up on their own? It’s not exactly rocket surgery, after all. The answer lies, of course, in the State laws.  New Jersey enacted the necessary legislature to ban people from pumping their own gas in 1949.  This was just two years after the first self-service gas stations in the U.S. opened up in California, with the popularity of self-service exploding like the gas fires Oregon and New Jersey legislatures were so afraid of when they passed laws banning it.

Oregon decided self-service was a safety hazard two years after New Jersey, in 1951, and the legislators went so far as to include 17 reasons why they think people filling up their own gas tanks is a bad idea and today you’ll get a nice $500 fine if you try to break the rule. [Editor’s note: I once tried to break it driving through Oregon in the middle of the night.  The person who was supposed to come pump my gas didn’t come out right away, and I wasn’t inclined to wait.  The second he saw me lift the nozzle from the machine, though, he came-a-sprinting.  Of course, by this time, everything was set to go, but it turned out OK because the trained Gas Dispenser Technician, as I like to think of them as, was the one to pull the trigger on the dispenser nozzle. *explosion-averted* ;-)]

One slight change was made in 2001 in Oregon when motorcyclists successfully got the law tweaked to allow them to pump their own gas.  Presumably it was awkward having some random person stick the nozzle between the motorcyclists’ legs as they dutifully sat on their bikes waiting to be serviced…

[Editor’s note: As someone who lives in Washington and occasionally has to drive through Oregon- and tries to avoid getting gas in Oregon at all costs- I’m curious; what is the etiquette on tipping when someone pumps your gas and cleans your windshield, as seems to happen the few times I’ve ended up needing to stop for gas there?  Is it customary to tip, or not? Inquiring minds want to know…]

If you’re curious about the specific 17 reasons listed in the Oregonian laws, you can read them below:

(2) Appropriate safety standards often are unenforceable at retail self-service stations in other states because cashiers are often unable to maintain a clear view of and give undivided attention to the dispensing of Class 1 flammable liquids by customers;

(3) Higher liability insurance rates charged to retail self-service stations reflect the dangers posed to customers when they leave their vehicles to dispense Class 1 flammable liquids, such as the increased risk of crime and the increased risk of personal injury resulting from slipping on slick surfaces;

(4) The dangers of crime and slick surfaces described in subsection (3) of this section are enhanced because Oregon’s weather is uniquely adverse, causing wet pavement and reduced visibility;

(5) The dangers described in subsection (3) of this section are heightened when the customer is a senior citizen or has a disability, especially if the customer uses a mobility aid, such as a wheelchair, walker, cane or crutches;

(8) The hazard described in subsection (7) of this section is heightened when the customer is pregnant;

(9) The exposure to Class 1 flammable liquids through dispensing should, in general, be limited to as few individuals as possible, such as gasoline station owners and their employees or other trained and certified dispensers;

Numbers 7, 8, 9 and 10 all have to do with the “toxic fumes” emitted when pumping one’s own gas. Aside from the fact that one has to either roll down the car window or open the door to give the technician money to pay for the gas and tell them what you want, thus letting in said fumes anyways, by that logic, instead of exposing customers to these fumes for a brief period, the Oregon gas stations pay a select few people minimum wage to be exposed to these fumes for eight hours a day, several times a week… OK then…

(10) The typical practice of charging significantly higher prices for full-service fuel dispensing in states where self-service is permitted at retail:

(a) Discriminates against customers with lower incomes, who are under greater economic pressure to subject themselves to the inconvenience and hazards of self-service;

(b) Discriminates against customers who are elderly or have disabilities who are unable to serve themselves and so must pay the significantly higher prices; and

(c) Increases self-service dispensing and thereby decreases maintenance checks by attendants, which results in neglect of maintenance, endangering both the customer and other motorists and resulting in unnecessary and costly repairs;

(11) The increased use of self-service at retail in other states has contributed to diminishing the availability of automotive repair facilities at gasoline stations;

(12) Self-service dispensing at retail in other states does not provide a sustained reduction in fuel prices charged to customers;

(13) A general prohibition of self-service dispensing of Class 1 flammable liquids by the general public promotes public welfare by providing increased safety and convenience without causing economic harm to the public in general;

North America is known for its fast food industry. McDonald’s is always hiring. Also, apparently we should be exposing our youth to “toxic fumes” while they are at work by this reasoning. 😉

(15) Self-service dispensing at retail presents a health hazard and unreasonable discomfort to persons with disabilities, elderly persons, small children and those susceptible to respiratory diseases;

(16) The federal Americans with Disabilities Act, Public Law 101-336, requires that equal access be provided to persons with disabilities at retail gasoline stations; and