Why Root Beer Is Called That 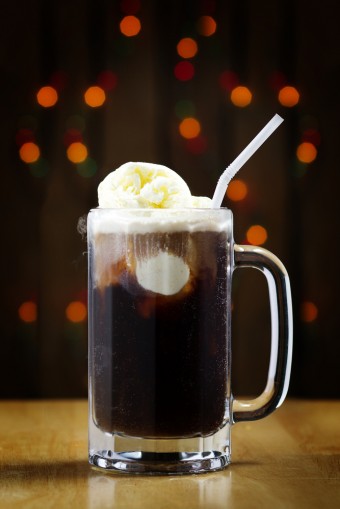 Today I found out why root beer is called that when it doesn’t contain any alcohol.

This popular soft drink pairs well with vanilla ice cream, resulting in root beer floats that are common sights at kids’ birthday parties in North America. The common version that we know today isn’t an alcoholic beverage, but a sweet soda that can be enjoyed by all ages. So why is it called “root beer?”

The answer lies in the history of root beer. Most food historians (yes, they exist) think it likely that the first versions of root beer started out as “small beer,” a beverage brewed from herbs, bark, and berries. Small beer was popular in medieval Europe, where rampant water pollution had a tendency to make people sick. Brewed drinks like tea and beer were considered the healthier option. The same was true in early Colonial America before safer water facilities could be developed. Small beer contained alcohol—usually between 2% and 12%. The beverage was so commonplace that it turns up in a variety of classical literature, including several of William Shakespeare’s plays and Vanity Fair by William Thackery.

Fast forward a few centuries to find pharmacists attempting to create a “miracle drug” or “cure-all” for people’s ailments in the late 19th century. (Many of the popular carbonated beverages today have their roots in such an attempt.) Historians generally believe that root beer was created on accident by a pharmacist experimenting with a variety of roots, herbs, bark, and berries used in small beer recipes in order to make a brew to cure every sickness. The original “root beer” was sold as a syrup for consumers to water down into a type of cordial. It was both sweet and bitter, probably not unlike cough syrup today, and obviously didn’t take off as a beverage you’d buy for anything other than potentially curing sickness.

It should be noted that it’s unknown whether or not the original pharmacist commonly credited as the creator of root beer was actually Charles Hires. Obviously, types of root beer had been around for centuries, so he cannot accurately be described as the “inventor.” He was, however, the first one to come up with a recipe that was widely marketable, hence why he is given credit. According to his biography, Hires ran across a delicious tea recipe while he was on his honeymoon, which he decided to replicate and sell as a cure-all. However, the honeymoon story has little evidence to back it up, and it’s likely that Hires was simply experimenting with various ingredients until he came up with a recipe that worked.

He began selling dry packages of the tea mixture in his drug store, and later developed a liquid concentrate which people could mix with water. Initially, the mixture was called “Hires Root Tea” as it was brewed like tea from the dry packages. The packets cost twenty-five cents and supposedly could make up to five gallons of root tea.

The “root” in the name of Hires’ concoction came from its main ingredient, the sassafras root. Hires changed the name of his product from “tea” to “beer” sometime before the Philadelphia Centennial Exposition in 1876. It’s likely that he changed the name to make the beverage more appealing to the working class. In the midst of the second wave of the Temperance Movement, the name caused outrage amongst the movement’s leaders. Hires, on the other hand, advertised root beer as the “temperance drink,” arguing that it had no alcohol and was a great alternative to alcoholic beverages. Thus, “root tea” became “root beer.” (Note: It isn’t entirely accurate to say root beer doesn’t contain alcohol as carbonated beverages like root beer, Pepsi, Coke, Dr. Pepper, etc. do have trace amounts of alcohol, as do many other things, like yogurt, just not any significant amount.)

The name change turned into a great marketing scheme. At the Philadelphia exposition, Hires handed out free cups of his brew, gaining new customers. It’s likely that marketing the product as “beer” was the key to its success, and Hires soon was bottling root beer and selling concentrated syrups to soda fountains. He even made “root beer kits” available for individuals to make their own root beer at home.

Root beer continued to be marketed as a “health beverage” with the slogan, “Join Health and Cheer, Drink Hires Root Beer!” Funny enough, in 1960 the United States Food and Drug Administration banned the main ingredient—oil from the sassafras root—because of research proving it was a carcinogen and also contained safrol, which damages the liver- not exactly healthy.  Because of this, today root beer typically contains an artificial sassafras flavour rather than the real thing. So at this point the whole name is a lie.