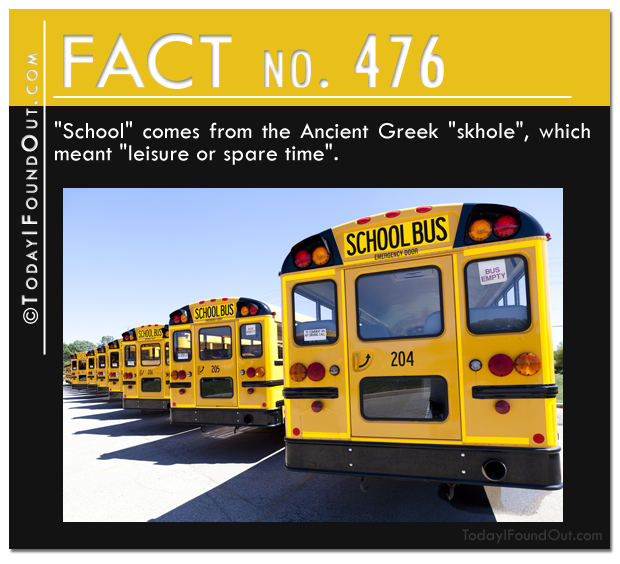 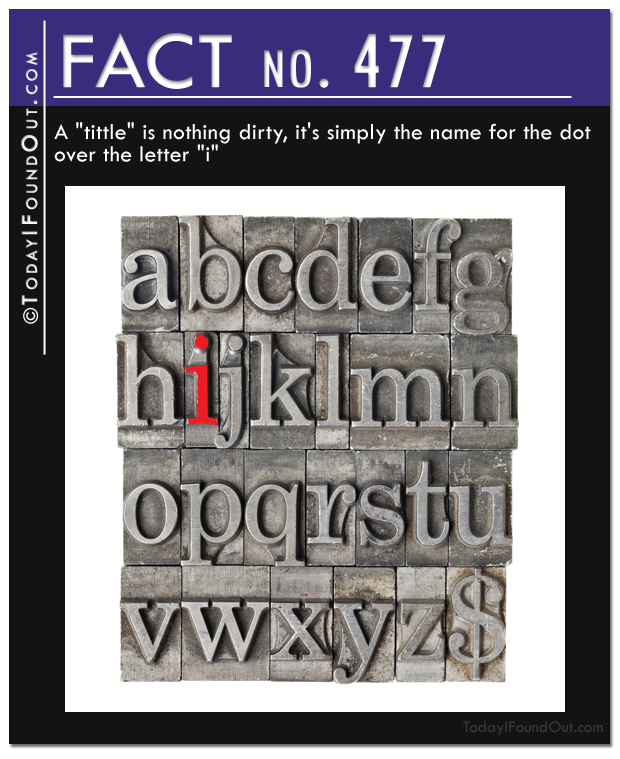 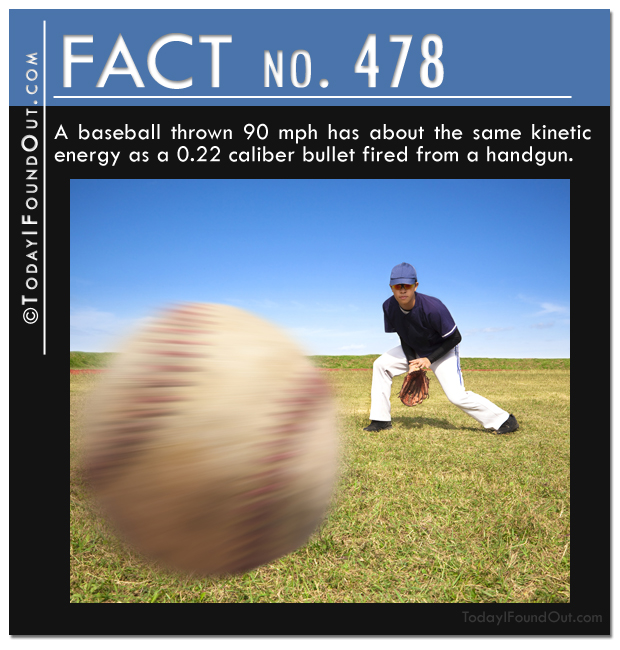 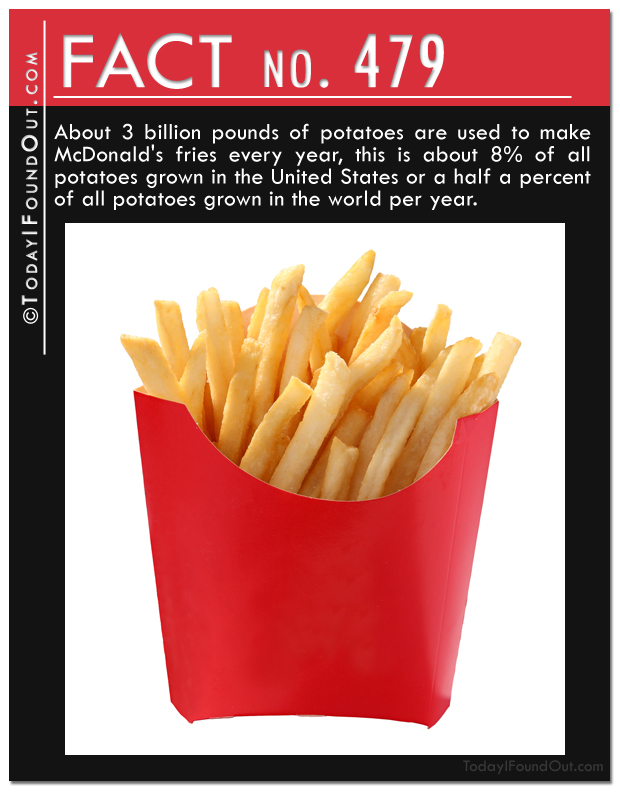 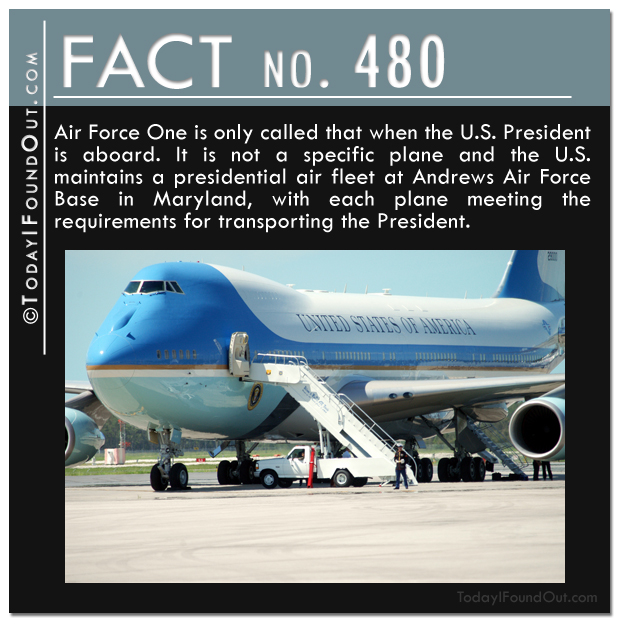 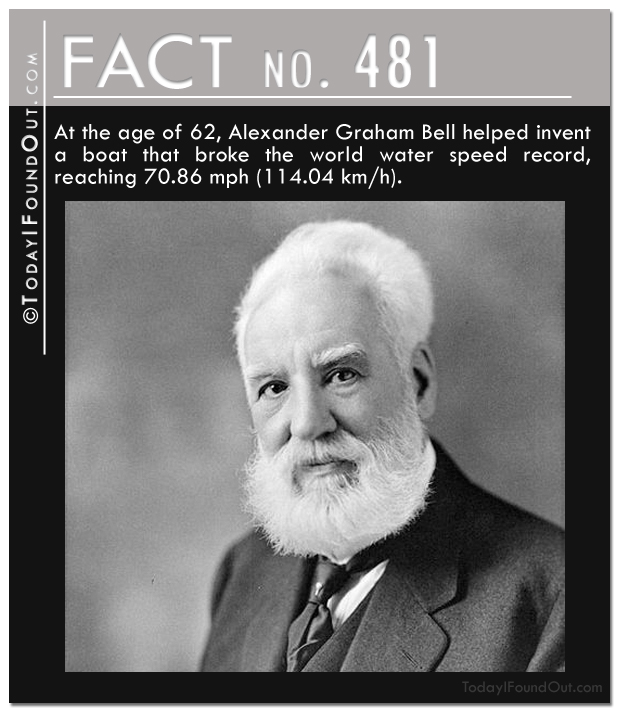 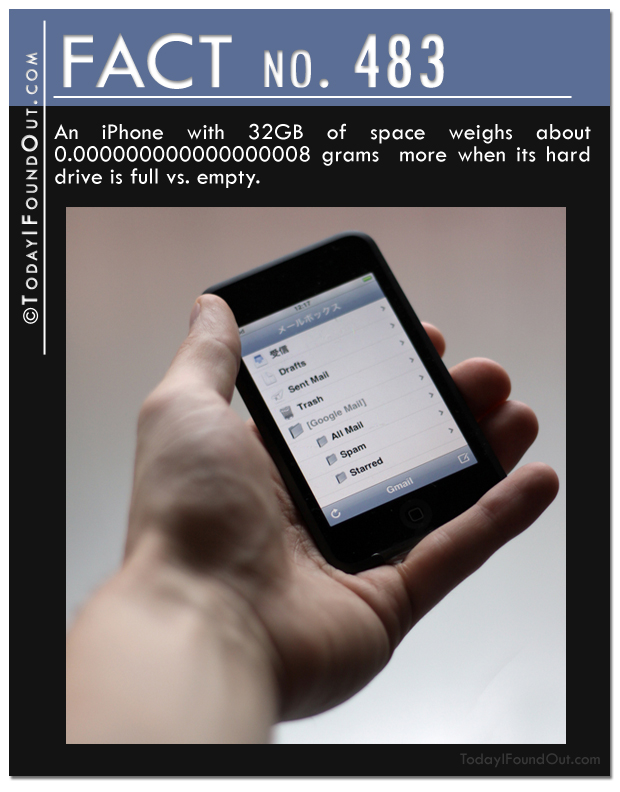 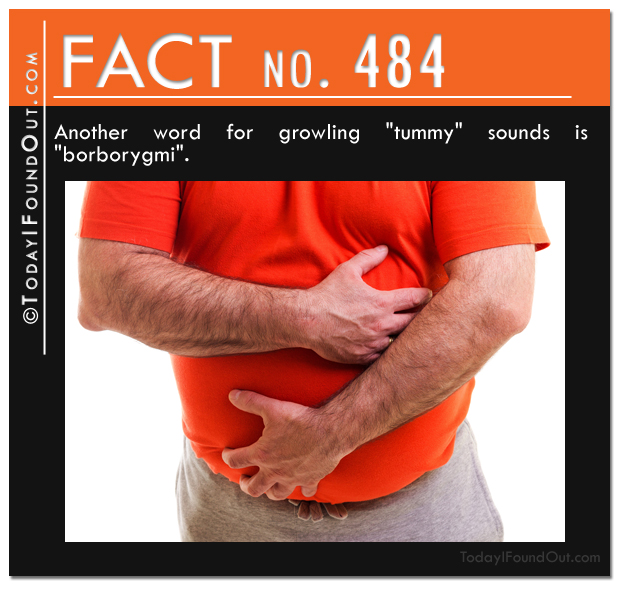 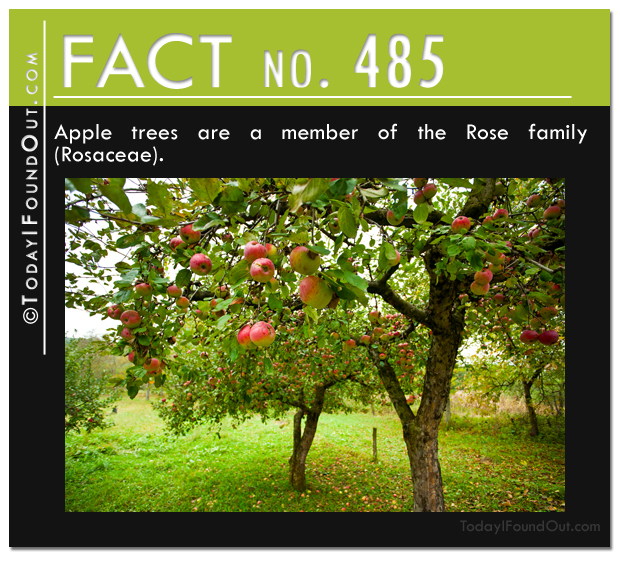 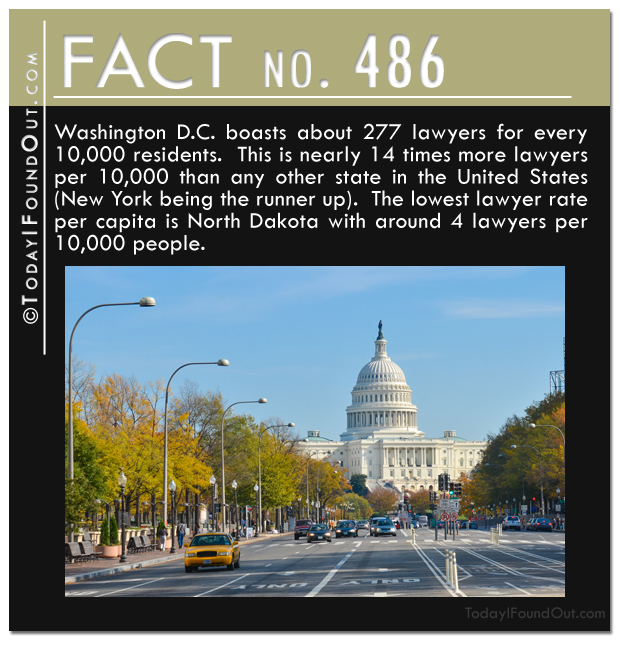 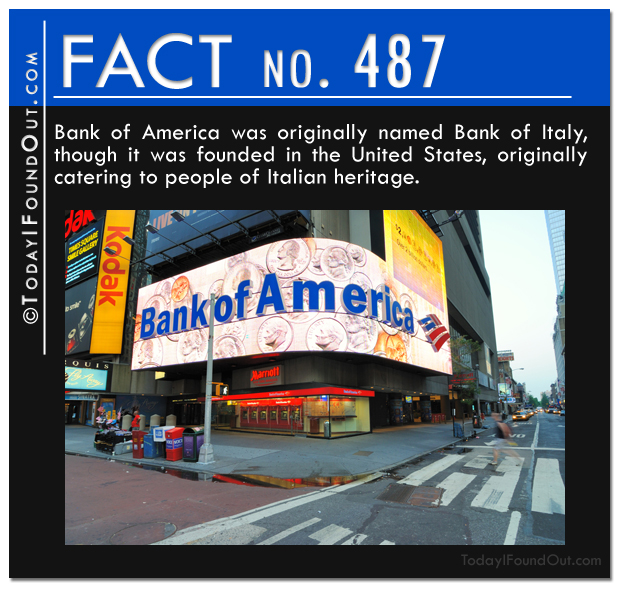 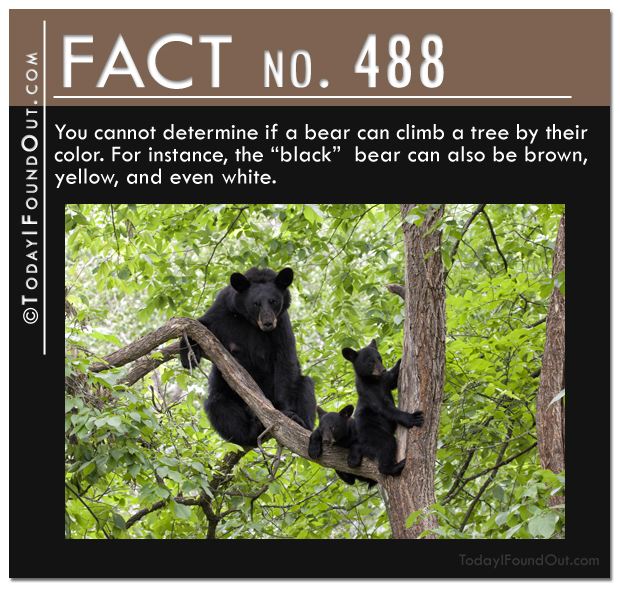 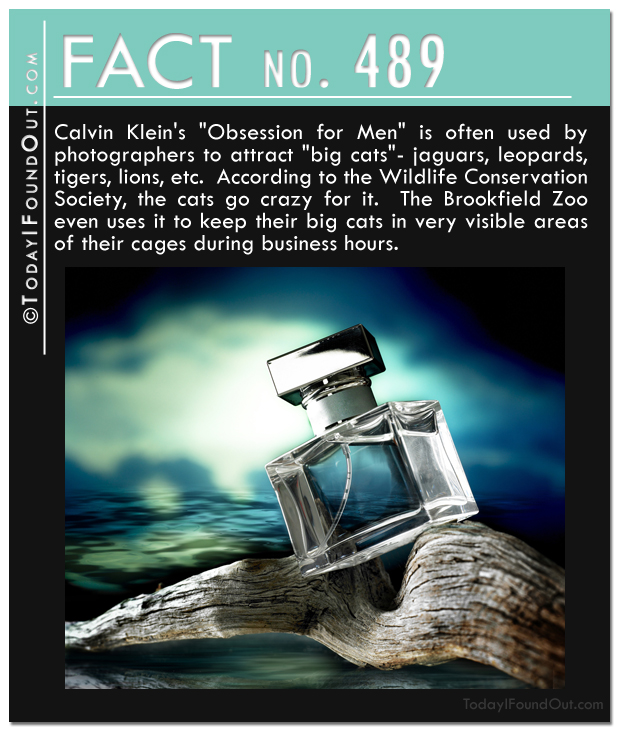 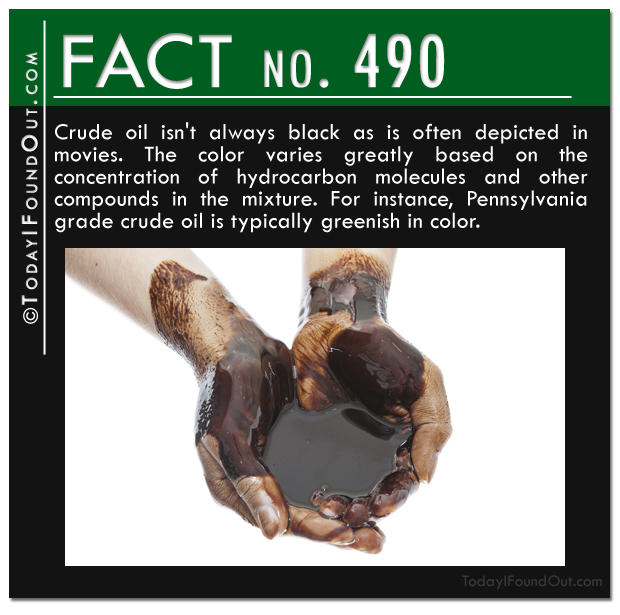 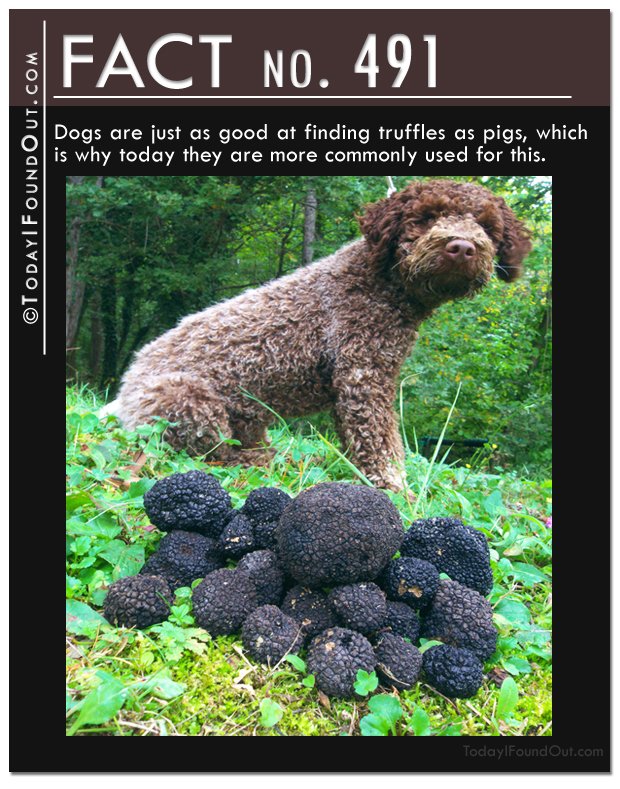 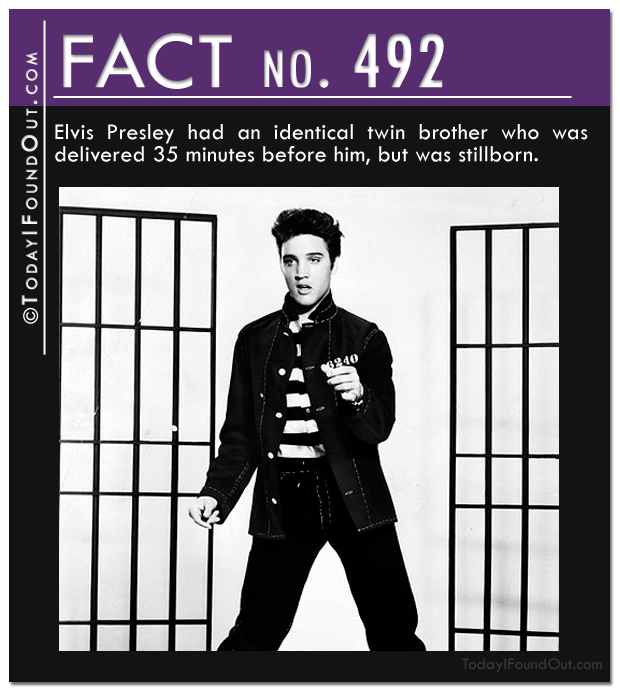 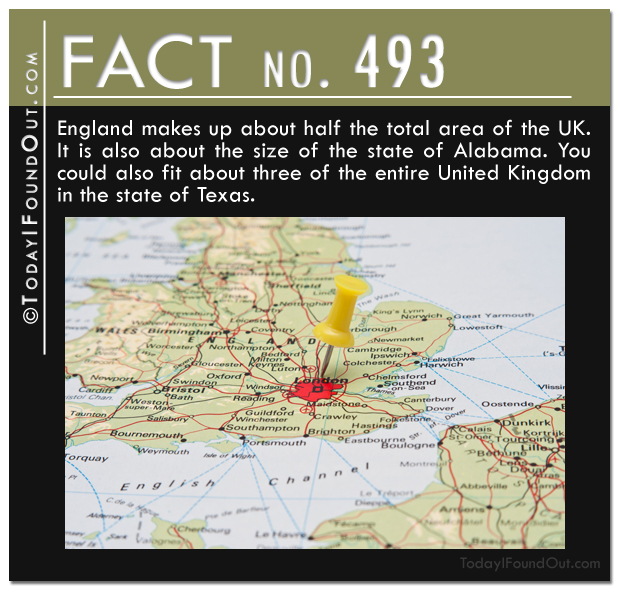 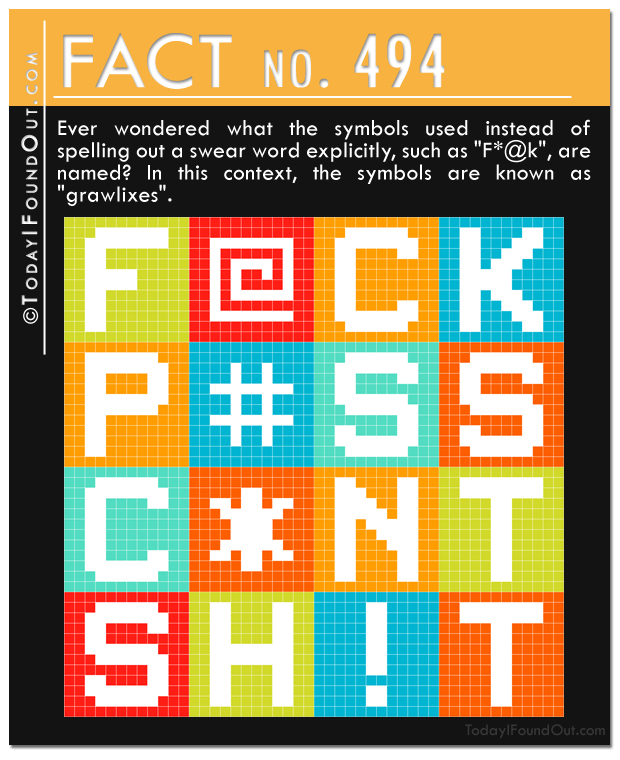 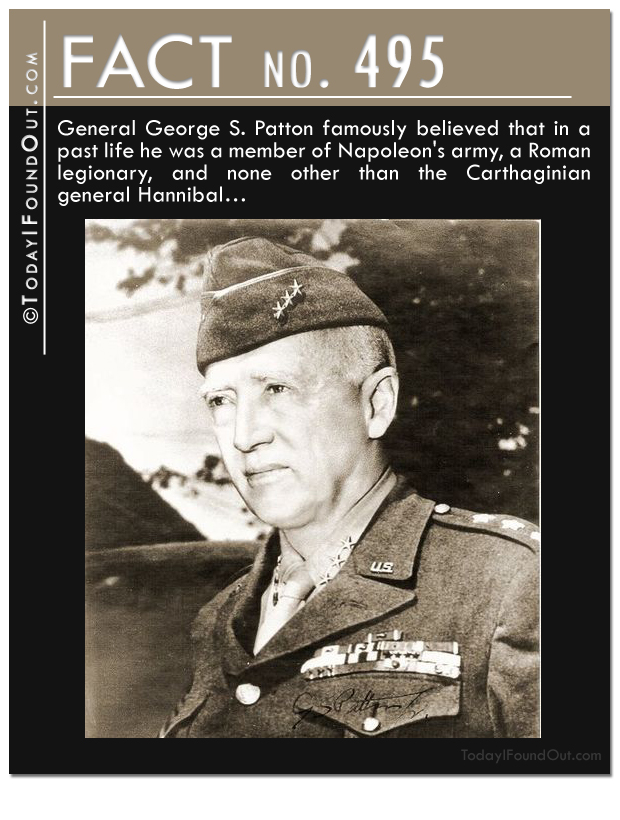 Fact 477: A “tittle” is nothing dirty, it’s simply the name for the dot over the letter “i”

Fact 478: A baseball thrown 90 mph has about the same kinetic energy as a 0.22 caliber bullet fired from a handgun.

Fact 480: Air Force One is only called that when the U.S. President is aboard. It is not a specific plane and the U.S. maintains a presidential air fleet at Andrews Air Force Base in Maryland, with each plane meeting the requirements for transporting the President.

Fact 484: Another word for growling “tummy” sounds is “borborygmi”.

Fact 485: Apple trees are a member of the Rose family (Rosaceae).

Fact 486: Washington D.C. boasts about 277 lawyers for every 10,000 residents. This is nearly 14 times more lawyers per 10,000 than any other state in the United States (New York being the runner up). The lowest lawyer rate per capita is North Dakota with around 4 lawyers per 10,000 people.

Fact 487: Bank of America was originally named Bank of Italy, though it was founded in the United States, originally catering to people of Italian heritage.

Fact 488: You cannot determine if a bear can climb a tree by their color. For instance, the “black” bear can also be brown, yellow, and even white.

Fact 489: Calvin Klein’s “Obsession for Men” is often used by photographers to attract “big cats”- jaguars, leopards, tigers, lions, etc. According to the Wildlife Conservation Society, the cats go crazy for it. The Brookfield Zoo even uses it to keep their big cats in very visible areas of their cages during business hours.

Fact 490: Crude oil isn’t always black as is often depicted in movies. The color varies greatly based on the concentration of hydrocarbon molecules and other compounds in the mixture. For instance, Pennsylvania grade crude oil is typically greenish in color.

Fact 491: Dogs are just as good at finding truffles as pigs, which is why today they are more commonly used for this.

Fact 492: Elvis Presley had an identical twin brother who was delivered 35 minutes before him, but was stillborn.

Fact 493: England makes up about half the total area of the UK. It is also about the size of the state of Alabama. You could also fit about three of the entire United Kingdom in the state of Texas.

Fact 494: Ever wondered what the symbols used instead of spelling out a swear word explicitly, such as “F*@k”, are named? In this context, the symbols are known as “grawlixes”.

Fact 495: General George S. Patton famously believed that in a past life he was a member of Napoleon’s army, a Roman legionary, and none other than the Carthaginian general Hannibal…