How Seattle, Washington Got Its Name 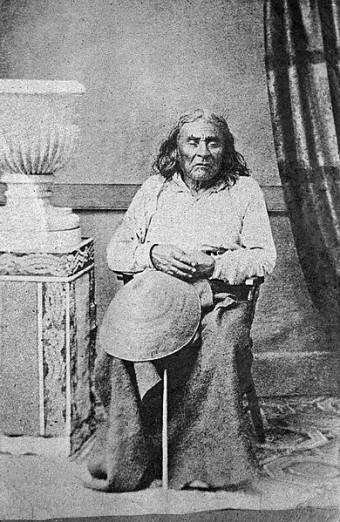 Today I found out how the city of Seattle got its name.

Seattle is one of the only major cities in the United States to be named after a Native American chief. In his native language, Seattle was pronounced “see-ahlsh” but it was difficult for English speakers to pronounce, so they anglicized it to the version that you know today.

Chief Seattle was born in the 1780s on the Kitsap Peninsula, just west of the city of Seattle today. Seattle was the son of nobly born members of both the Duwamish and Suquamish tribes, and as he grew older, his leadership was recognized by both tribes. His proven abilities as a military strategist, a winner of battles, a good speaker and diplomat earned him the respect of his people, and he soon was recognized as a great leader by most Native Americans in the region.

When a trading post was built in present-day Olympia, Seattle was one of the Native Americans to trade animal pelts for imported European goods. It is likely that he started to gain respect for the Europeans and European Americans then, even while they took over his people’s land. In fact, Seattle was baptized Roman Catholic in 1852, with his Christian name being Noah, and was considered a friend of the white people.

Soon after his baptism, Chief Seattle convinced a man named David S. Maynard to move his general store to the village of Duwumps from Olympia. Seattle had to canoe to the store, and Duwumps Maynard renamed his store “The Seattle Exchange” which paved the way for the town, and then the city, to be named after the chief.

Chief Seattle is best known for a speech he gave that supposedly supported giving away the Native Americans’ land to the European settlers. However, in order to be translated into English, the speech had to be translated twice—once from Lushootseed, the native language of the Puget Sound Native Americans, to Chinook, which was a trade language, and then into English. It is likely that at least some of its meaning was garbled, misunderstood, or deliberately changed to be used as propaganda by the English newspaper that printed a version of it thirty years after Seattle’s death.

One of the other things that Seattle is most well-known for is signing the Point Elliot Treaty. The treaty was put forward by Governor Isaac I. Stevens in 1855, and detailed an agreement between the white men and the Native Americans. While the white men would claim the land for themselves, several areas now known as reservations would be put aside for use by the Native Americans. In return, the whites would make payments for education, health care, and other needs. However, understanding between the two parties was limited because of the language barrier. Again, in these cases, requests from the Native Americans had to be translated twice in order to be understood. Nonetheless, Seattle was the first Native American leader to sign the treaty, with three others signing after him.

Even in the 1850s, nothing moved swiftly through Congress, and it took them three years to ratify the treaty, which they did only after taking away many of the benefits promised to the Native Americans. In 1856, the “Treaty War” began, with many Native American chiefs going to war with the white people invading their lands. Chief Seattle stayed out of the war and attempted to convince others to do the same. He would also warn his white friends when an attack was being planned if he could. Ironically, on January 26, 1856, a battle raged called the “Battle of Seattle,” though the chief played no part in it.

When the fighting finally ended, the town of Seattle began to grow. Chief Seattle’s people were looked over—they had not gained everything they wanted in the treaty, and their reservations were crowded and diseases were rampant. Many white people treated them with disrespect, but the chief kept the promise he had made when he signed the treaty and would not fight them. He continued visiting his white friends until he died in 1866, probably from a fever. At his funeral, he was given both Roman Catholic and native rites, and “hundreds of white people” supposedly joined the Native Americans saying goodbye to their chief.