Where The Term ‘Skid Row’ Came From 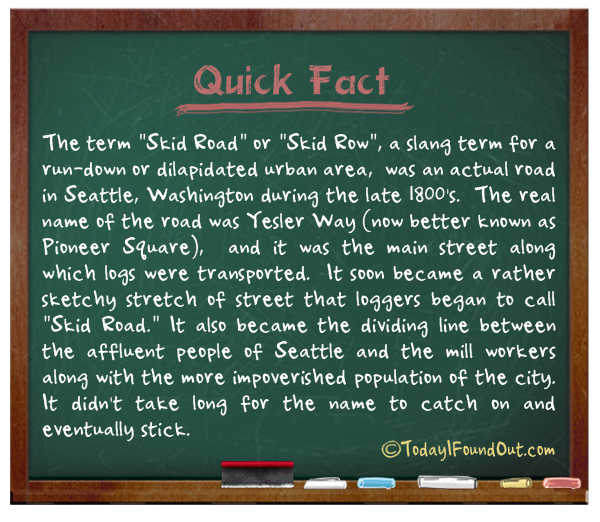 Text Version:
The term “Skid Road” or “Skid Row”, a slang term for a run-down or dilapidated urban area,  was an actual road in Seattle, Washington during the late 1800’s.  The real name of the road was Yesler Way (now better known as Pioneer Square),  and it was the main street along which logs were transported.  It soon became a rather sketchy stretch of street that loggers began to call “Skid Road.” It also became the dividing line between the affluent people of Seattle and the mill workers along with the more impoverished population of the city. It didn’t take long for the name to catch on and eventually stick.