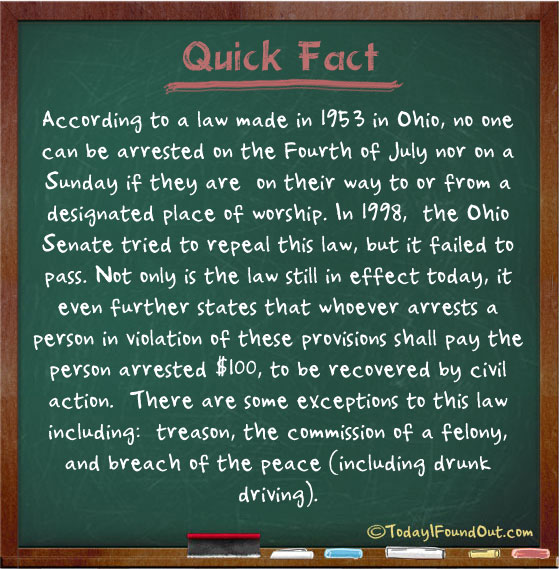 Text Version:
According to a law made in 1953 in Ohio, no one can be arrested on the Fourth of July nor on a Sunday if they are  on their way to or from a designated place of worship. In 1998,  the Ohio Senate tried to repeal this law, but it failed to pass. Not only is the law still in effect today, it even further states that whoever arrests a person in violation of these provisions shall pay the person arrested $100, to be recovered by civil action.  There are some exceptions to this law including:  treason, the commission of a felony, and breach of the peace (including drunk driving).