The Only Mother and Son to Each Have #1 Records 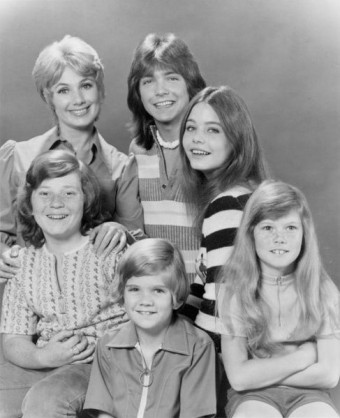 The stars of The Partridge Family were Shirley Jones and David Cassidy.  Although there were two other very talented performers on the show (Susan Dey and Danny Bonaduce), Jones and Cassidy were the only two members of the cast to appear on The Partridge Family records.  Suzanne Crough and Jeremy Gelbwaks (later replaced by Brian Forster) were also featured in the show, but were fairly nominal characters.

Shirley Jones had almost a perfect, storybook Hollywood career.  She had starred in such classic Hollywood musicals as Carousel, Oklahoma and The Music Man.  Although Jones was generally known as a typical movie “good girl”, she won an Academy Award for the movie Elmer Gantry in 1960, where she played a prostitute. And, of course, thanks to “I Think I Love You”, she also had a #1 record, so Jones is actually on a very short list of actors and actresses who have won an Oscar and had a #1 record.

Shirley had already been cast as the mother of The Partridge Family before the rest of the cast were hired.  But producers of The Partridge Family were wary and worried about casting Shirley’s step-son, David Cassidy, to play her son in the show.  At this point in time, of course, no one knew much about David Cassidy or what he would bring to the show.  According to Shirley, “They were very frightened about hiring David because they knew he was my step-son and they didn’t know how our relationship was. They didn’t know if we hated each other. So they came to me very sheepishly and said, ‘We tested David and really feel he’s best for the role. How do you feel about it?'” Shirley loved the idea.

The truth was, in real life, David loved Shirley very much.  He said he had originally “wanted to hate” her, but after his real-life mother’s divorce, he saw Shirley step in and he quickly grew to love her for her warmth and kindness.  “We really based our love and friendship on an adult relationship, an offset to me being his (step) mother”, says Shirley.

Despite early hesitations, it was soon realized that David would be the springboard and centerpiece for the entire series.  After a few episodes, he became a teen idol to millions of swooning teenie-boppers all over America, and soon, the world. Cassidy skyrocketed into a multi-million dollar franchise the likes of which television had never seen before.  David Cassidy records, photos, posters, t-shirts, notebooks, choker necklaces, et al, brought the network millions of dollars in merchandising.  Cassidy, as far as millions of teenage girls were concerned, was the “Elvis Presley” of the early 1970s.

In the recording studio, Shirley admits she had a small role. “I did very little in the recording studio”, Shirley recalled, “I literally was the background vocals for David. It was very unusual for me. I never thought I’d have a gold record. Of course, I didn’t do much to get it. But nevertheless, it hangs on my wall and I’m very proud of it.”

But David Cassidy was Shirley Jones’ step-son. “Isn’t the title of this article ‘The Only Mother and Son to Each Have #1 records’, you ask?”  Okay, let me finish…

The Partridge Family was a hit series that ran on ABC from 1970 to 1974. An infrequent visitor to the set was Shirley Jones’ actual son- and David Cassidy’s step-brother, Shaun.  After seeing David’s huge success as a singer, he wanted to make a record himself.  Shirley Jones strongly advised him against it- telling him to pursue an acting career before recording.  But he was convinced he could duplicate David’s success- and he was right!